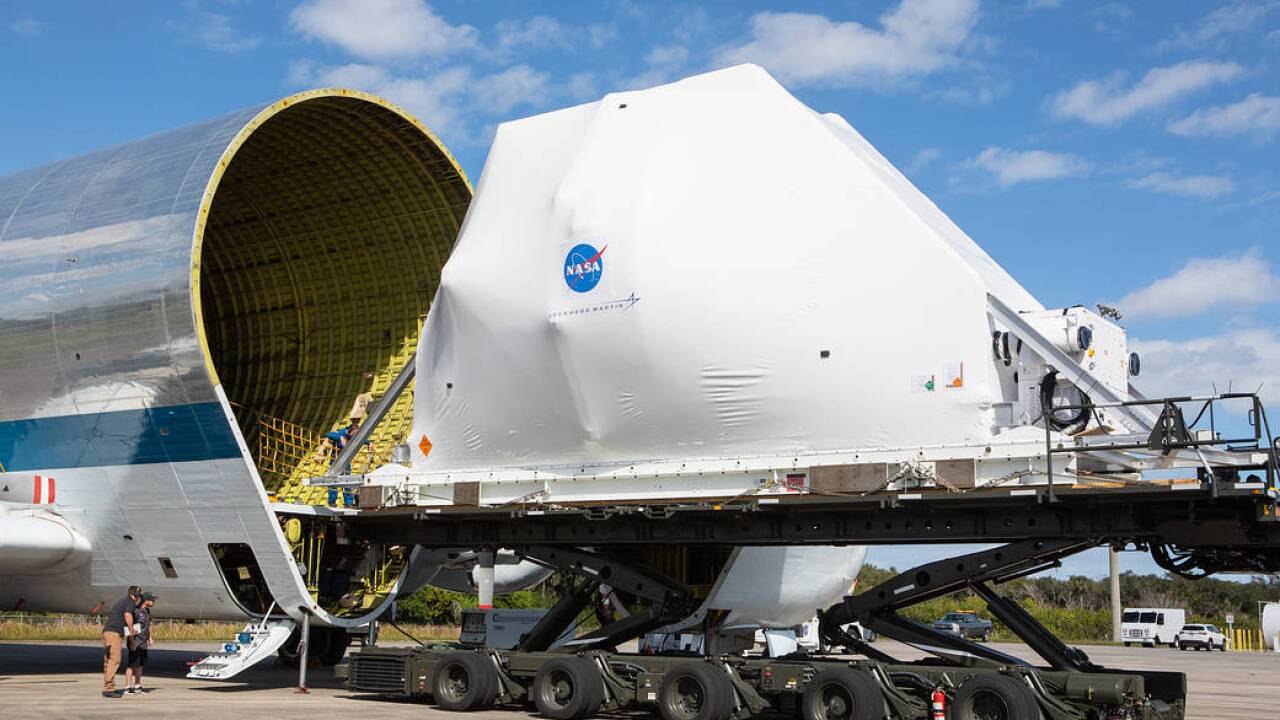 NASA/Kim Shiflett/NASA/Kim Shiflett
NASA’s Orion spacecraft, wrapped up for shipping, is carefully aligned for loading into the agency’s Super Guppy aircraft at the Launch and Landing Facility runway at Kennedy Space Center in Florida on Nov. 21, 2019. The spacecraft’s crew and service modules are flying to NASA’s Plum Brook Station in Sandusky, Ohio, for full thermal vacuum testing. In this unique facility, the crew and service modules will be put through extensive testing to ensure they can survive the rigors of launch, space travel, re-entry and splashdown. The Orion spacecraft will launch atop the agency's Space Launch System rocket on Artemis I.

SANDUSKY, Ohio — The next stage of human space exploration will start this weekend right here in Ohio at NASA's Plumbrook Station in Sandusky when the Artemis 1 Orion spacecraft arrives for environmental testing.

Watch it live below:

According to NASA, the Artemis 1 Orion spacecraft is "built to take humans farther than they’ve ever gone before. Orion will serve as the exploration vehicle that will carry the crew to space, provide emergency abort capability, sustain the crew during the space travel, and provide safe re-entry from deep space return velocities."

Artemis 1 Orion left the Kennedy Space Center in Florida on Thursday and it and its crew will arrive at Mansfield Lahm Airport, 2000 Harington Memorial Road, on Sunday afternoon. The Artemis I Orion will be delivered via NASA's Super Guppy aircraft.

The airport will be open to the public for anyone interested in watching the spacecraft being unloaded. Anyone who plans to attend should arrive no later than 1:30 p.m. The Super Guppy is scheduled to land at 2:30 p.m.

Astronaut Doug Wheelock will make an appearance at the main airport terminal office and be available for autographs from 4 to 4:30 p.m. Additionally, there will be exhibits and activities from noon to 5 p.m.

NASA will use a 135-foot-long truck to take the Artemis I Orion to its Space Environments Complex (SEC) at the Plumbrook Station. According to the agency, the SEC "houses the largest and most powerful space environment simulation facilities in the world."