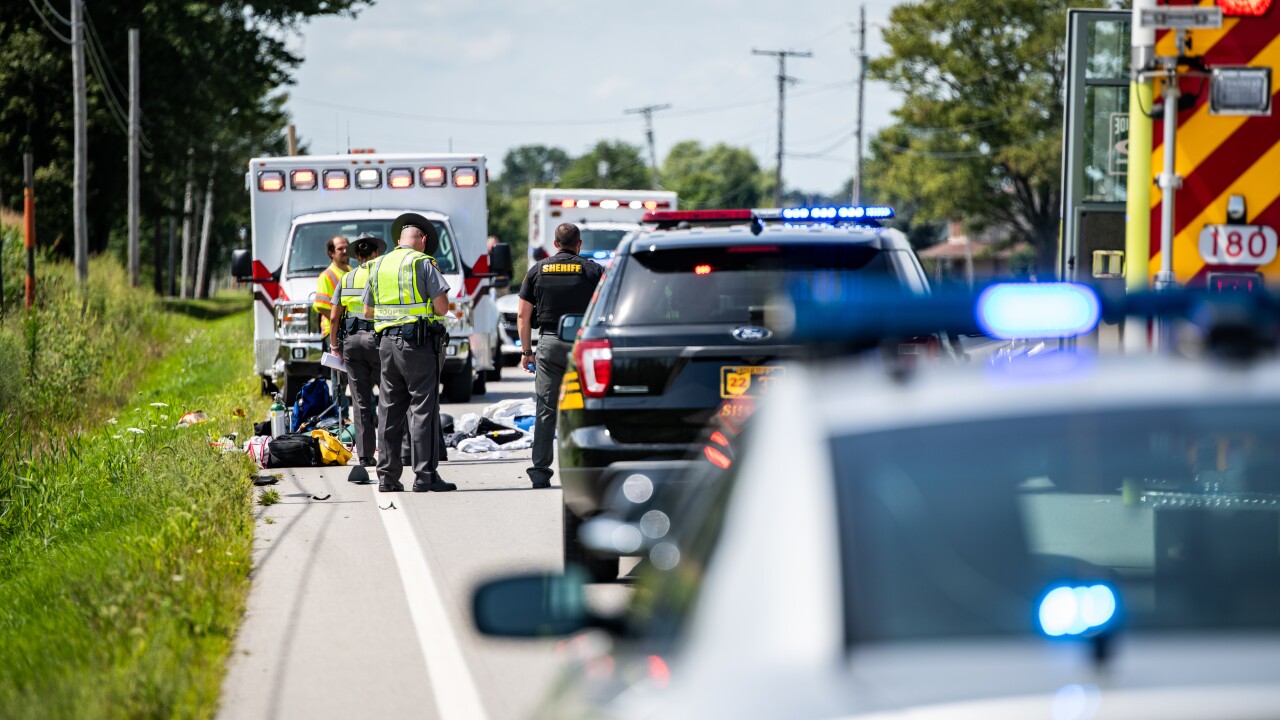 Around 12:09 p.m., a 2017 Harley Davidson Motorcycle XL Series was traveling west on State Route 113 when a 2009 Chevrolet Impala failed to yield from a private drive as it pulled on SR 113, troopers said.

The Harley then struck the Chevy, throwing the driver of the Harley, later identified as 24-year-old William Ransom, and his passenger from the motorcycle, according to troopers.

Ransom was transported to Cleveland MetroHealth Hospital by Life Flight where he later died from his injuries, troopers said.

The passenger of the Harley was also transported to Cleveland MetroHealth Hospital by Life Flight with life-threatening injuries, according to troopers.

The driver and passenger of the Chevy did not sustain any injuries from the crash, troopers said.

Ransom and his passenger were both wearing helmets at the time of the crash. Alcohol and drugs do not appear to be a factor in the crash, according to troopers.