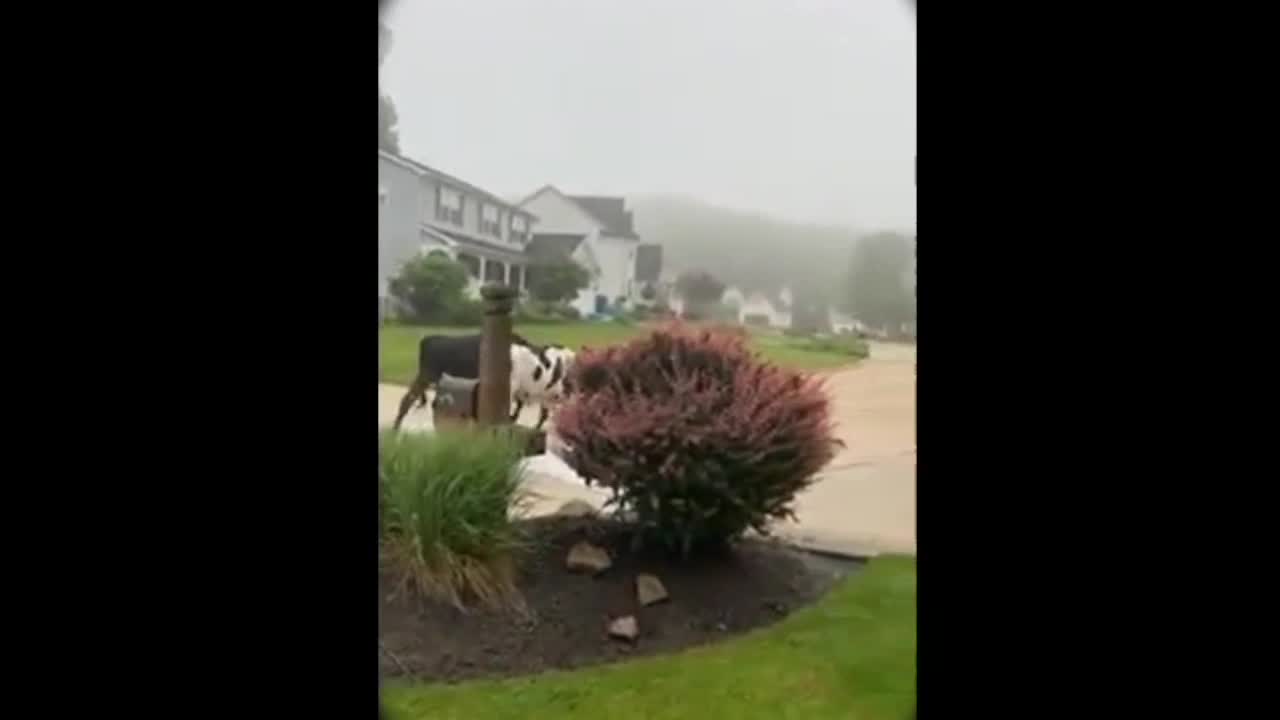 A herd of cows took over a residential street in Chardon Thursday afternoon. 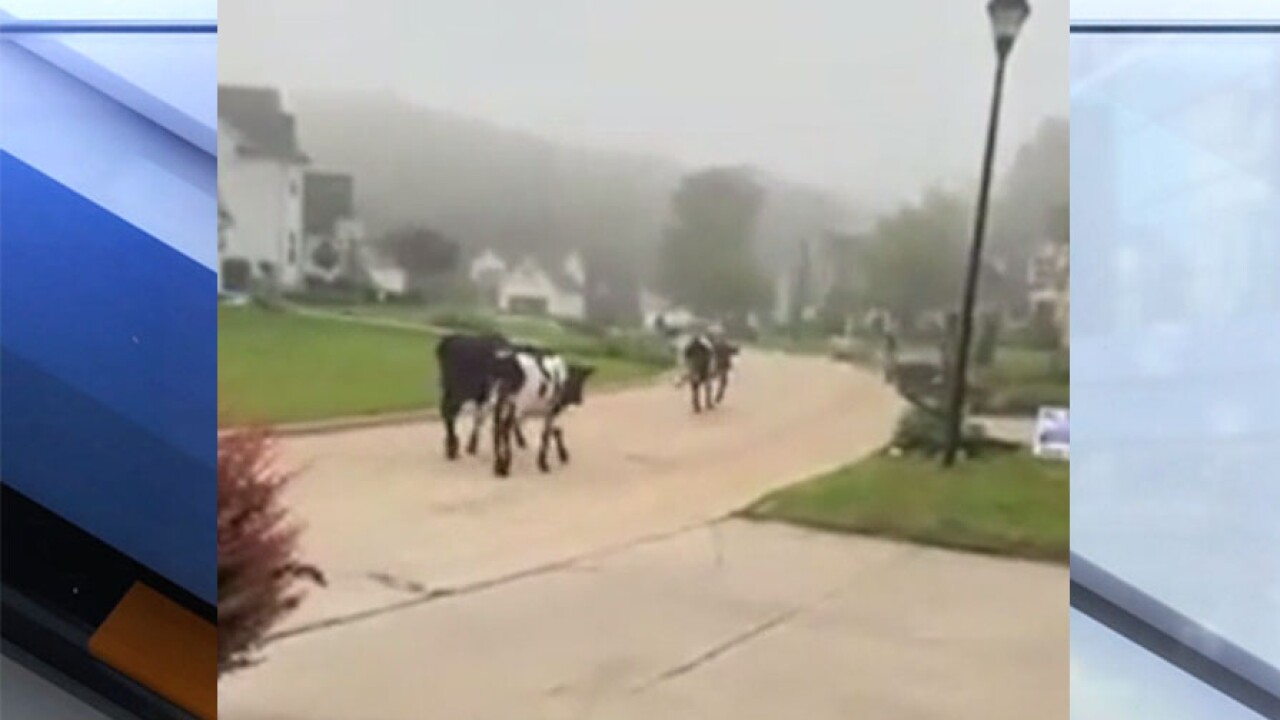 CHARDON, Ohio — A herd of cows took over a residential street in Chardon Thursday afternoon.

Denise Rodriguez Hagan, who owns a local bakery called D is for Delicious, captured a herd of cows overtaking her street in her neighborhood in the Burlington subdivision of Chardon.

Holy cow! What an udderly amazing start to my day as I watched these guys take a leisurely stroll down our street 🐮🤣 #citycows #chardon #cowescape

She says the cows escaped from a nearby farm and officers followed the cows, presumably telling them to "moooooooooove" along.

Eventually a boy, whose family owns the farm where the cows escaped, came to where the cows were at and was able to get the cows to follow him back to the farm.

Hagan said since she was inspired by what she saw, her bakery will feature cow cookies, and we're sure they will be udderly delicious — especially with milk.