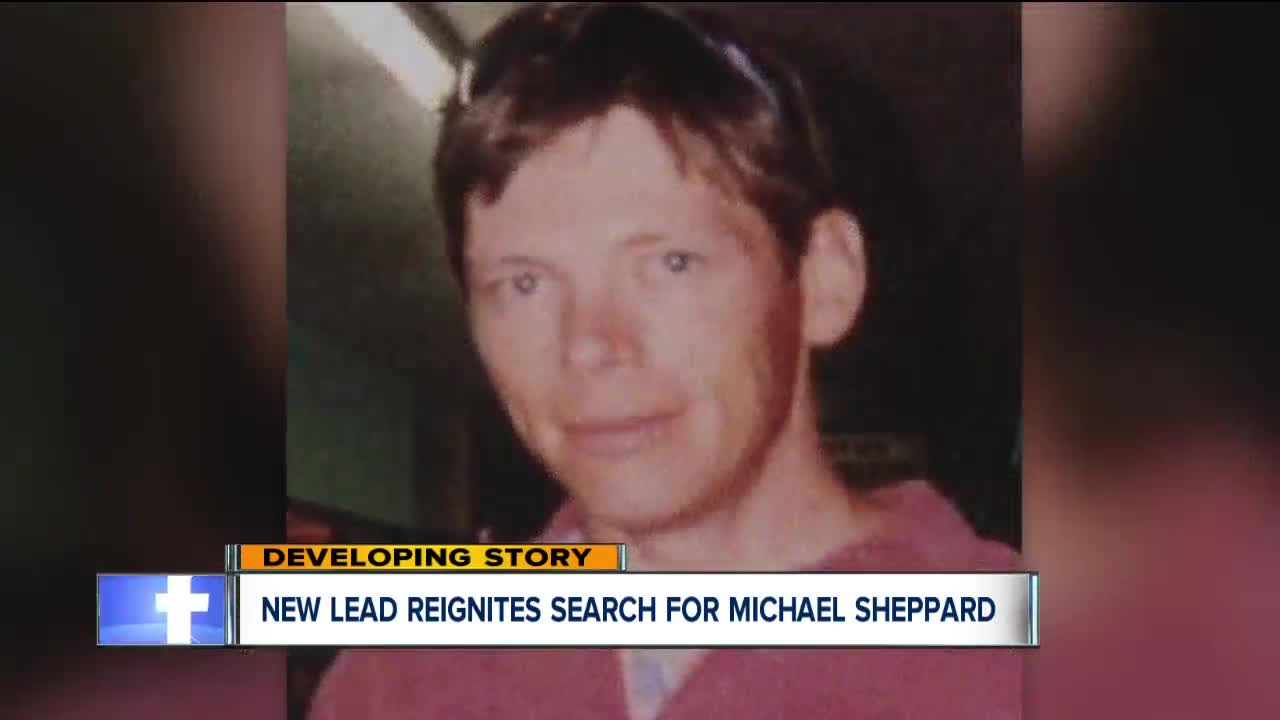 Crews have been digging around a creek near Norwalk all day Monday, just down a hill from where Michael Sheppard was living when investigators believe he was shot and killed in May of 2003. No one has seen or heard from Sheppard since. 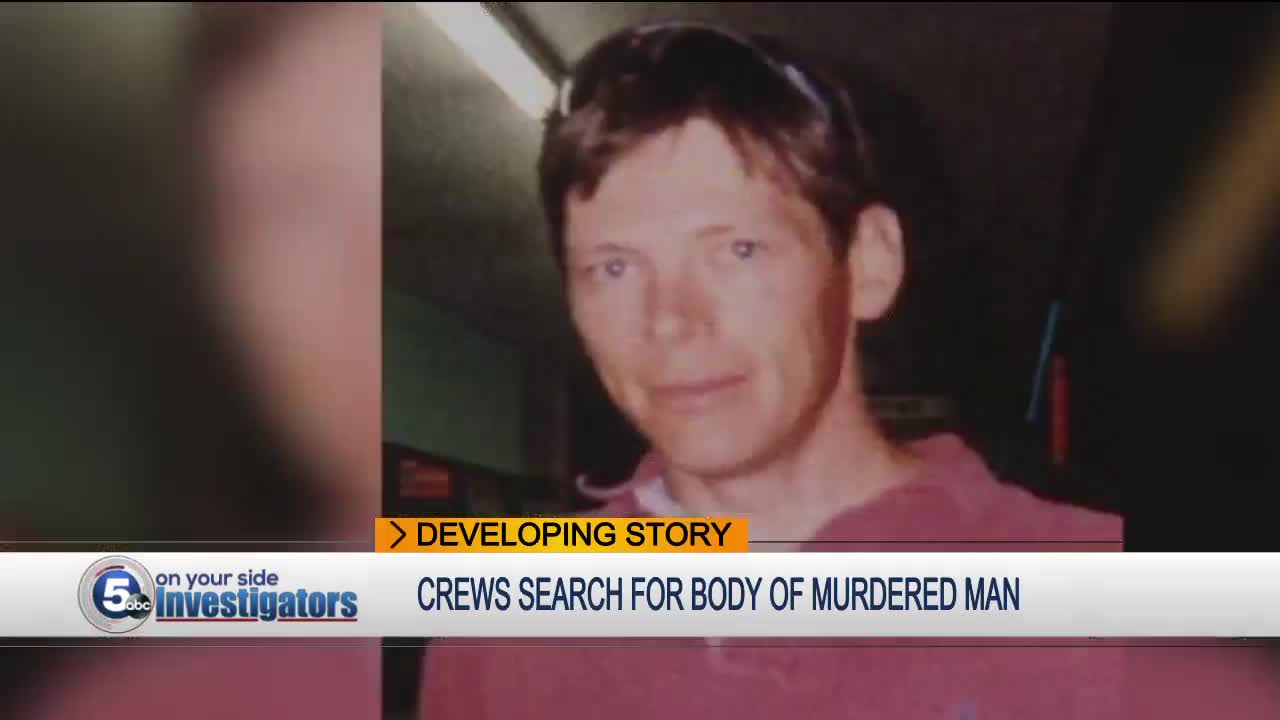 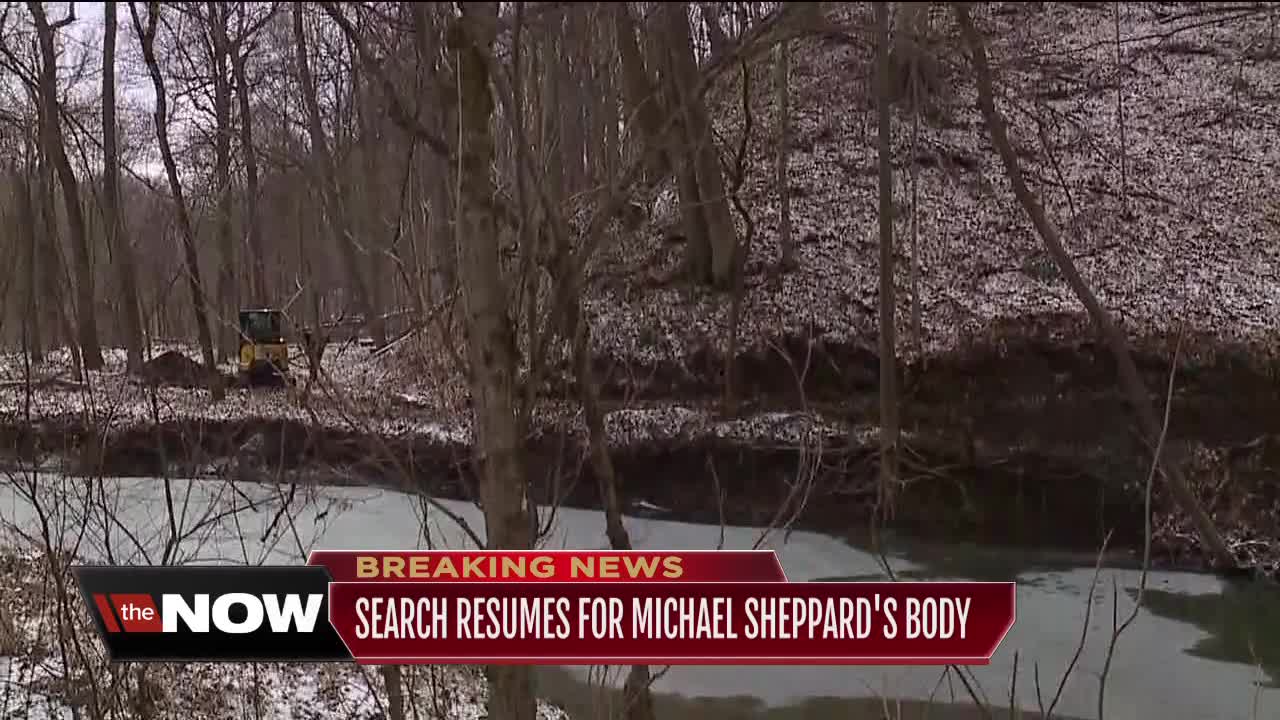 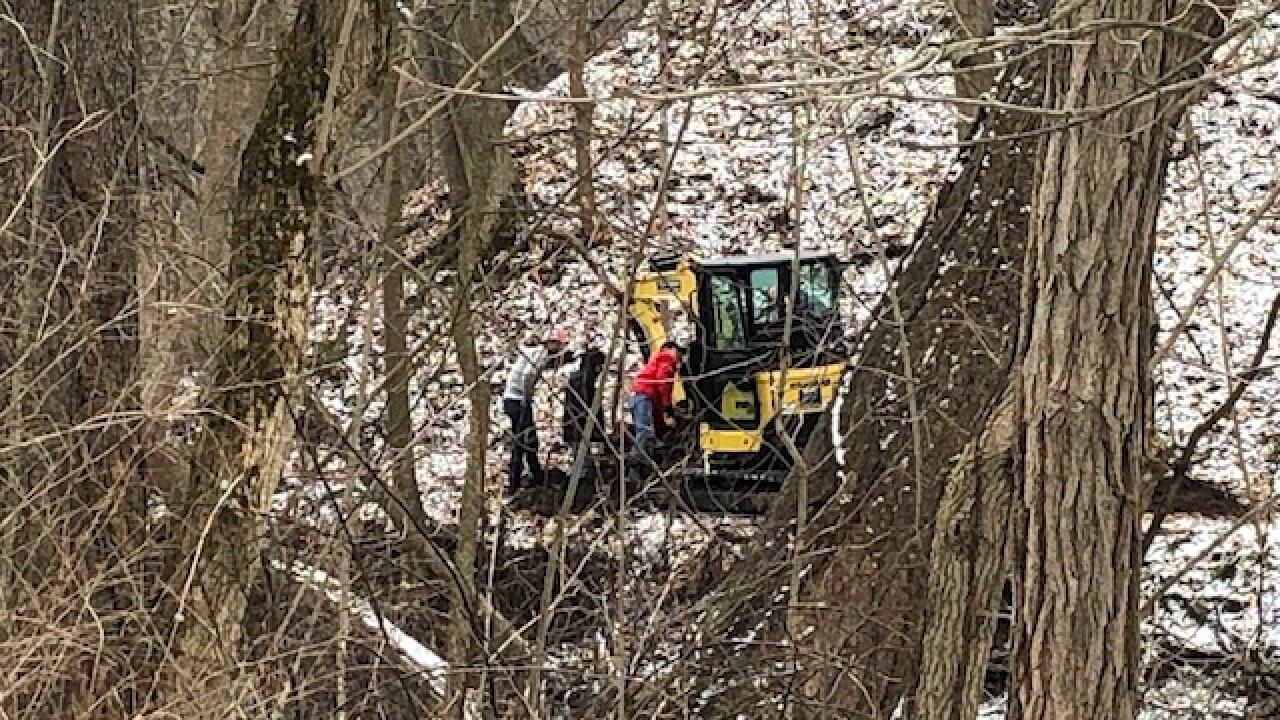 NORWALK, Ohio — Armed with new information from one of the suspects in his death, searchers spent Monday digging for the body of a Milan man missing for nearly 16 years.

Crews spent several hours digging along a creek near Norwalk Monday looking for the remains of Michael Sheppard. The location is just down the hill from where Sheppard was living with a friend when investigators believe he was shot and killed in May, 2003. Sheppard's mother believes it was a drug deal gone wrong.

Last fall, once of the suspects, Joshua Stamm, pleaded guilty to involuntary manslaughter in the case and was sentenced to prison.

5 On Your Side Investigator Scott Noll learned that White is now cooperating with investigators as they attempt to find Sheppard’s body. Sources said White told them that Sheppard is buried at the bottom of the hill on the property.

"We know two of the people involved said he was here," said Tim Miller, Founder and President of the national search and rescue operation Texas EquuSearch. "I don't think they've got any reason not to believe those stories."

Watch The Now on News 5 beginning at 4 p.m. for a live update from Noll on the search.

Sheppard's parents gathered to watch Monday's dig, hopeful that after almost 16 years, Sheppard's body would finally be found. Just after 5pm searchers wrapped-up for the day, but planned to return Tuesday after finding what Miller called "something of real interest."

So far Monday, investigators haven’t been able to find that body, but News 5 cameras were rolling when they found something else buried out there Monday.

“It was actually a magazine out of a pistol," said Miller. "The magazine was empty. There were no bullets still in it. Word is, Michael was shot six or seven times. We got pretty excited about that, so I think maybe we’re close.”

RELATED: A family grows anxious as a new search for a man missing since 2003 continues