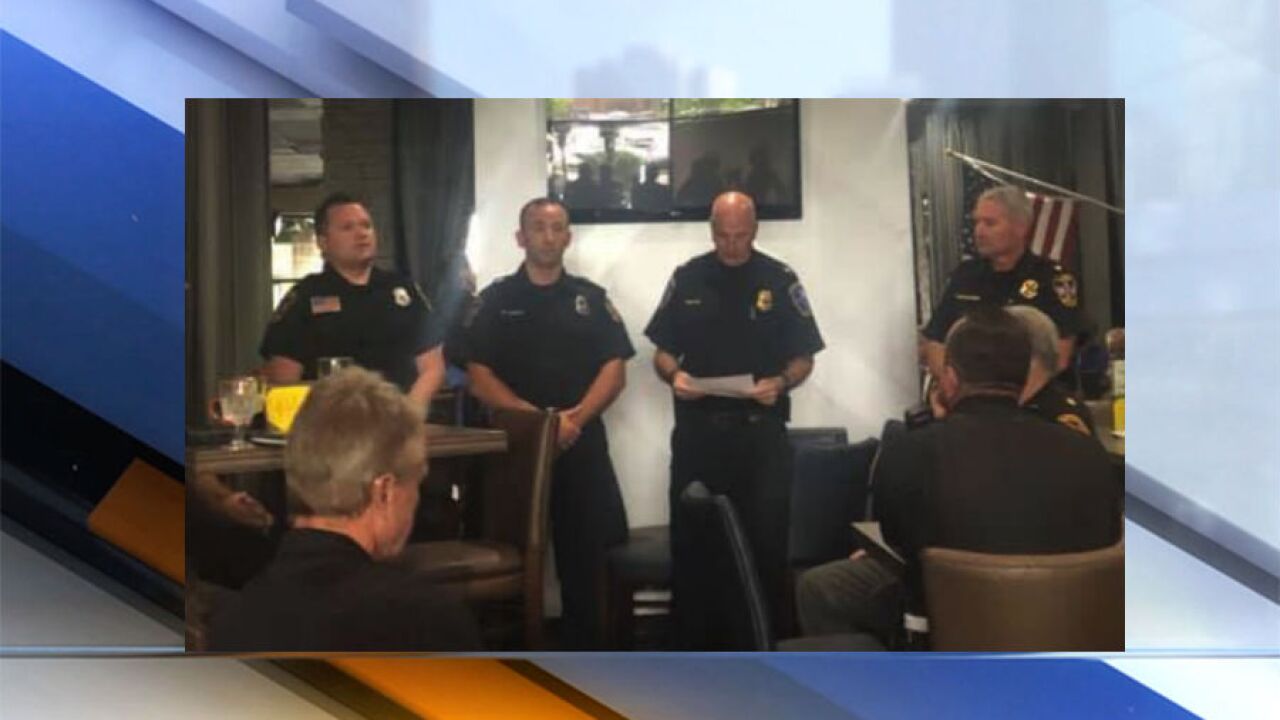 MADISON VILLAGE, Ohio — Two Madison Village police officers were presented with awards after saving the life of a man in June.

Officers Brandon Smith and Michael Smith received Life Saving Awards from the Lake County Association of Chiefs of Police for their heroic actions in June.

The two officers responded within minutes of receiving a call of a man who had hanged himself from a tree.

Both officers worked together to remove the unresponsive man from the tree and provided first aid, saving the man’s life.

The Life Saving Award is presented to officers for an act performed in the line of duty through disregard for personal safety, or prompt and alert action, which results in the saving of a life or lives, or a valiant effort to save a life.

Officer Brandon Smith and Officer Michael Smith will receive citation bars that will be worn on their uniforms so that others will be able to recognize their heroic efforts.

Post by Madison Village Police Department.
Copyright 2019 Scripps Media, Inc. All rights reserved. This material may not be published, broadcast, rewritten, or redistributed.