A dog in severe need of veterinary care was found after being abandoned for days in near-freezing weather.

Willoughby police officers responded to the area of St. Clair Street and Erie Road on Dec. 4 where they found a female pit bull mix running loose in a wooded area. The dog appeared frightened but was friendly to the officers, police said.

The dog’s appearance indicated it had been abandoned for several days in the close to freezing weather. The owner of the dog left behind a small dog cage and an old dog pillow, according to police. 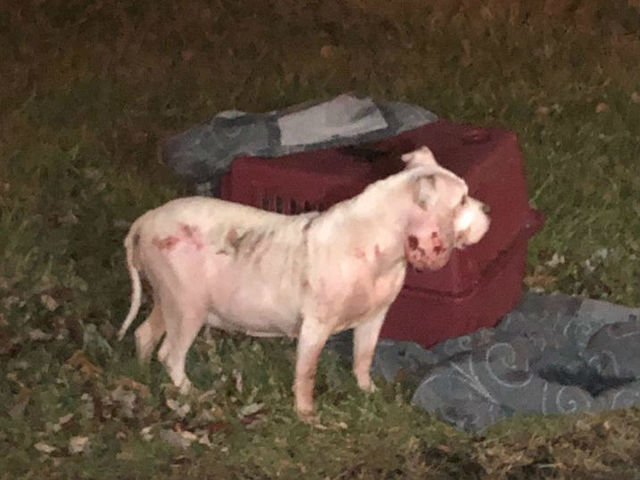 Willoughby Police Department posted this photo of the dog on Facebook.

The Lake County Dog Warden was able to retrieve the dog after several attempts.

The dog was taken to the Lake County Animal Shelter where she will require veterinary care. The owner has not yet been identified.

Anyone with information on the owner of this dog should call authorities at 440-953-4212.

More information on the dog can be found at the Lake County Dog Shelter Facebook page.