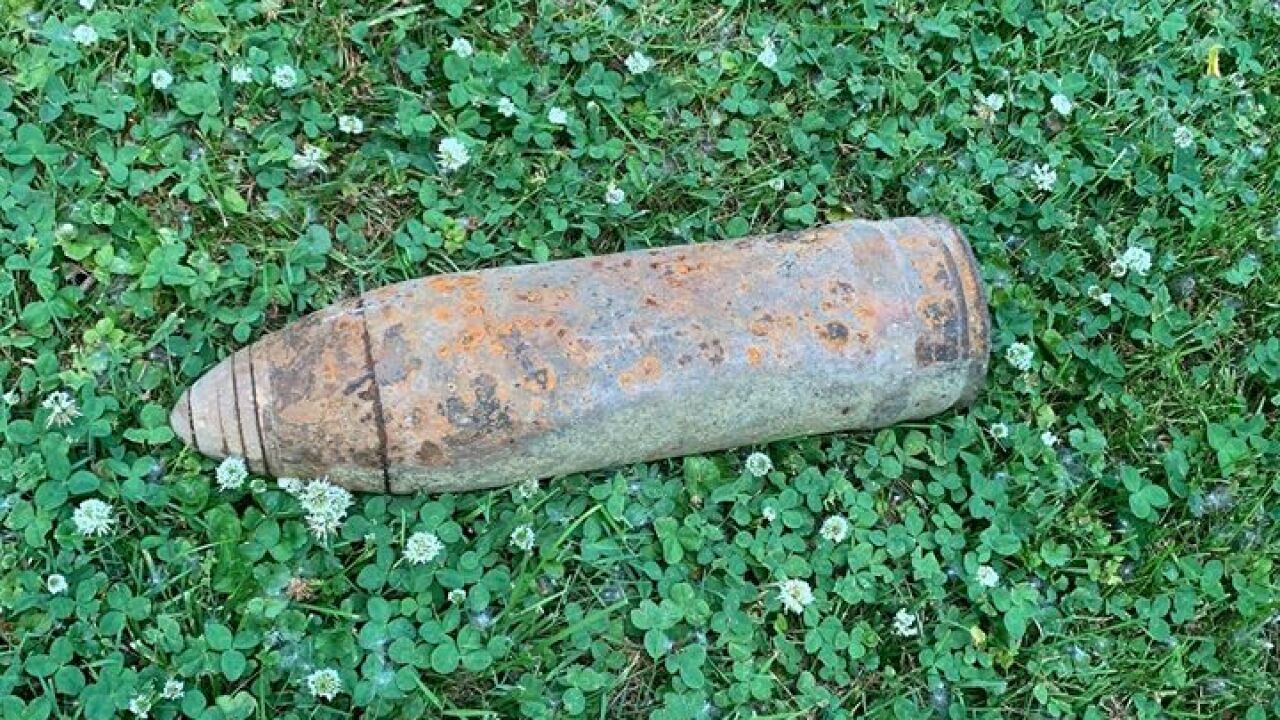 WILLOUGHBY HILLS, Ohio — A local boy’s discovery of a military grade artillery shell in the Chagrin River prompted the deployment of the Lake County Bomb Unit to remove the shell from the boy’s home for his safety, according to Willoughby Hills police.

On Thursday, a 12-year-old boy was playing and wading in the Chagrin River near the Eagle Road Bridge when he noticed an odd-shaped object among the rocks in the water. What he discovered wasn’t a rock but a very much active, military grade artillery shell.

Consumed with curiosity, the boy picked up the 20-pound shell and carried it through the river and back to his home on Trailard Drive.

When his mother noticed what her son had brought home, she immediately contacted police for assistance, who responded to their home, calling in the Lake County Bomb Unit.

Bomb technicians set up a perimeter for them to safely remove the shell, which was placed in an explosive containment unit and taken to another location for safe disposal.

Police said it’s unknown how the shell got in the Chagrin River, but it was a situation that could have ended a lot worse. Police want to warn the public that if you come across an explosive device like a bomb, shell or mortar, don’t touch it; leave it there and contact your local law enforcement.