Door ripped off 'Little Free Library' in Willoughby; books inside got wet, had to be thrown out 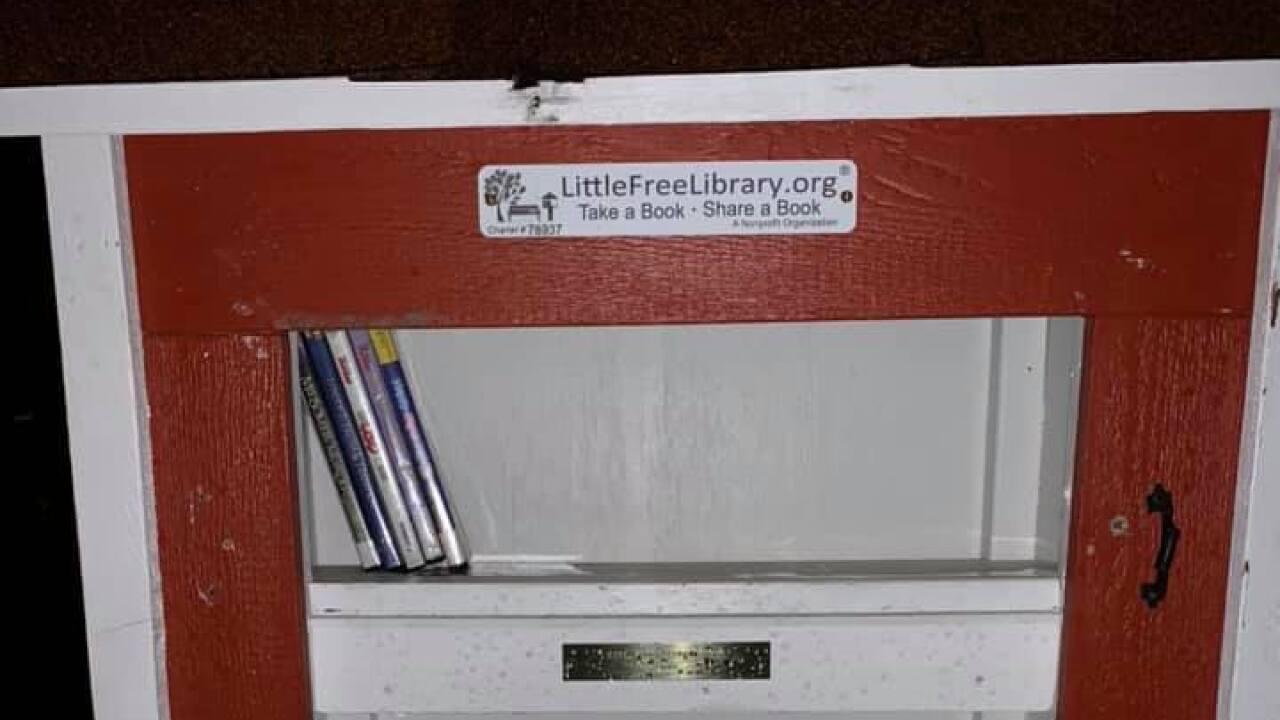 The Little Free Library in Willoughby that was vandalized.

WILLOUGHBY, Ohio — A "Little Free Library" that was built by a Girl Scout troop in Willoughby was vandalized recently, and all the books inside had to be thrown out because they were wet.

The library, which was a cabinet built at Osborne Park that was free for the public to take or leave books from, had its entire door ripped off some time over the last few days, according to a Facebook post by the Willoughby-Eastlake Public Library.

All of the books inside had to be discarded because they got wet after the door was ripped off, the post states.

Anyone with information on who may have vandalized the library is asked to contact Willoughby police at 440-953-4212.