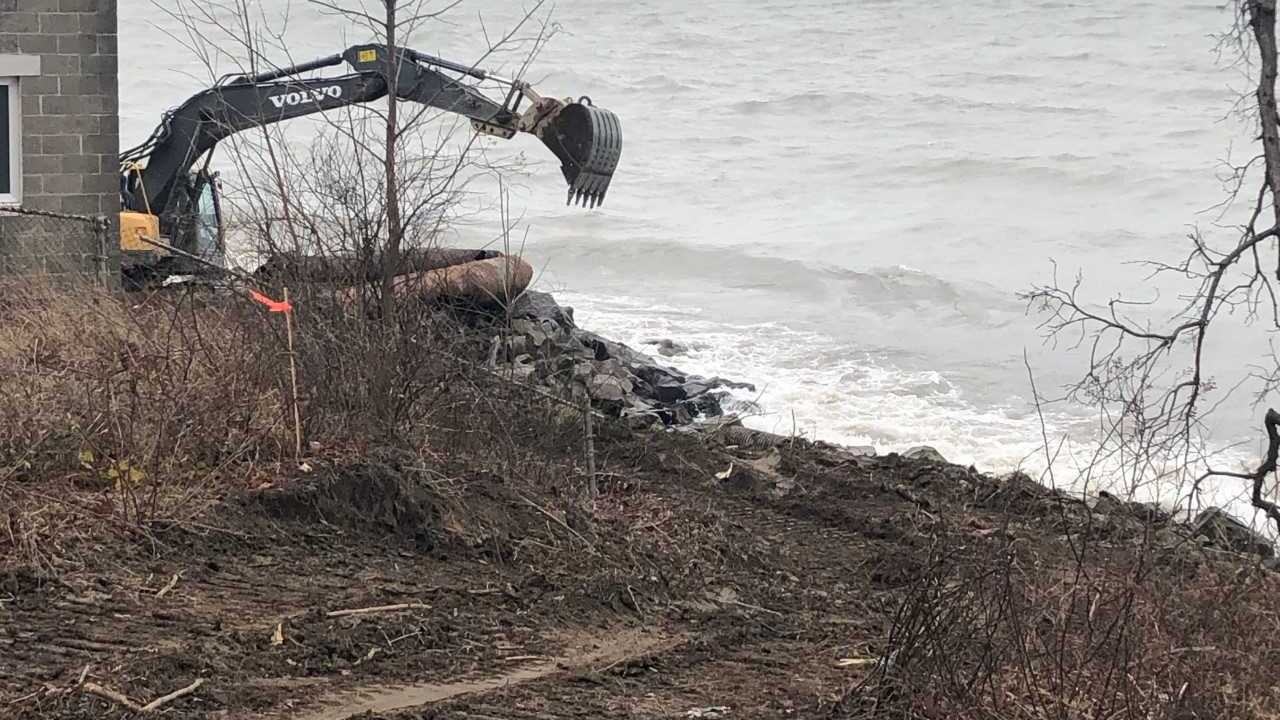 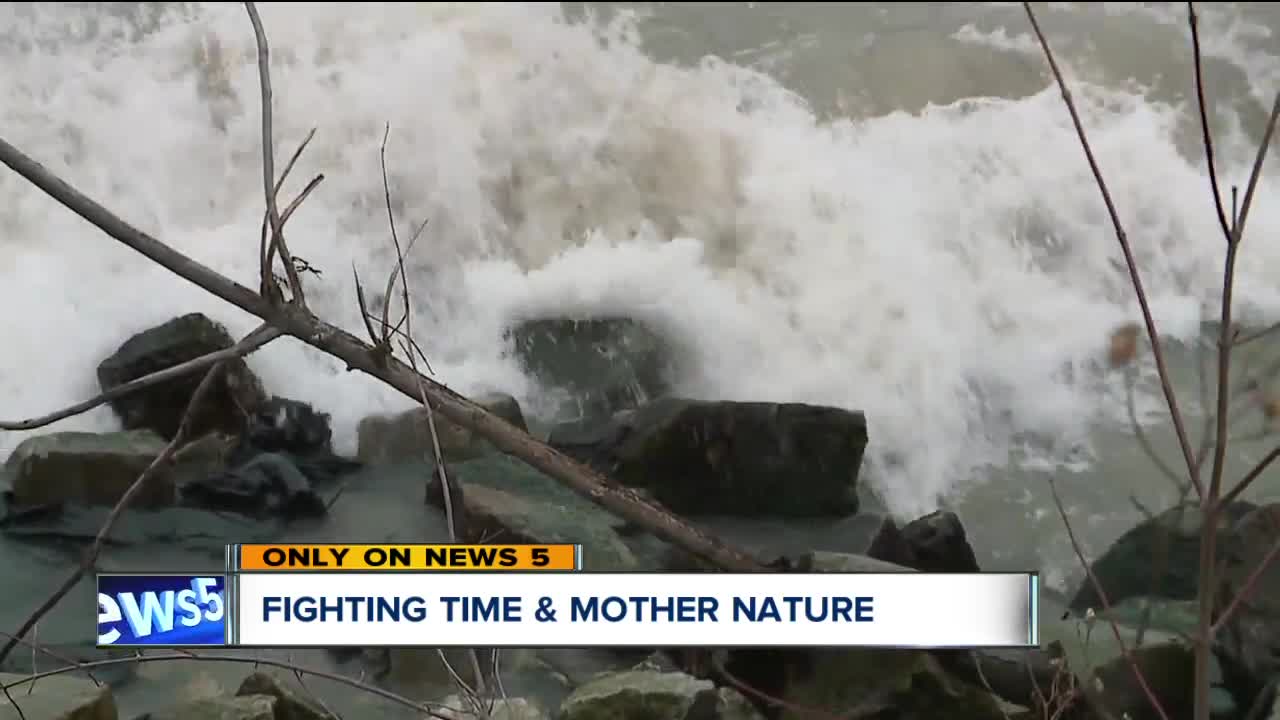 MENTOR, Ohio — The city of Mentor is trying to gain ground in the fight against erosion as construction has begun on a $368,000 project to shore up parts of Mentor Beach Park.

Deemed by the City Council to be an emergency, the project includes the installation of new erosion control measures along 500 feet of lake shore, particularly near a city-owned pavilion that has received possible redevelopment interest by restaurateurs.

The crashing of wind-fueled Lake Erie waves was met by the crunch of heavy machinery as an excavator operator began removing large boulders, trees and a culvert on Monday afternoon. Crews will first install a pathway to get additional equipment to and from the work site before installing what’s called armastone, a modular system comprised of boulders and other large rocks, that will serve as a retaining wall. A blanket-like material will also be installed, which will prevent soil from being washed away when waves retract into the lake.

The Mentor City Council approved funding the project back in October. Construction is expected to be complete by February, city officials said. Although Mentor Beach Park is inside Mentor-on-the-Lake city limits, the park is owned and maintained by Mentor.

For Heather Barninger, a photographer that frequently visits the park to document wildlife, the erosion control project was a no-brainer.

“It’s important because there’s not going to be any beach left. It’s just going to fade right away,” Barninger said. “You have to take precautions to keep the beaches from eroding any more.”

The repairs were deemed to be an emergency because of the erosion near the pavilion, officials said. The city continues to work with the Lake County Port and Economic Development Authority on redeveloping the building. Some area restaurateurs have expressed interest in leasing the building, which features picturesque views of the lake. However, nothing is set in stone right now, city officials said.

“Erosion is a known problem forever on Lake Erie…. we have a major problem here,” said resident John Alling. “It’s a constant battle.”

In May, the Ohio Department of Natural Resources rolled out a new and expedited permitting process for temporary shoreline stabilization projects for people whose properties flank Lake Erie. As of early December, a total of 30 permits were issued to property owners in Lorain, Cuyahoga, Lake and Ashtabula Counties. Eight additional permits are still pending, state records show.