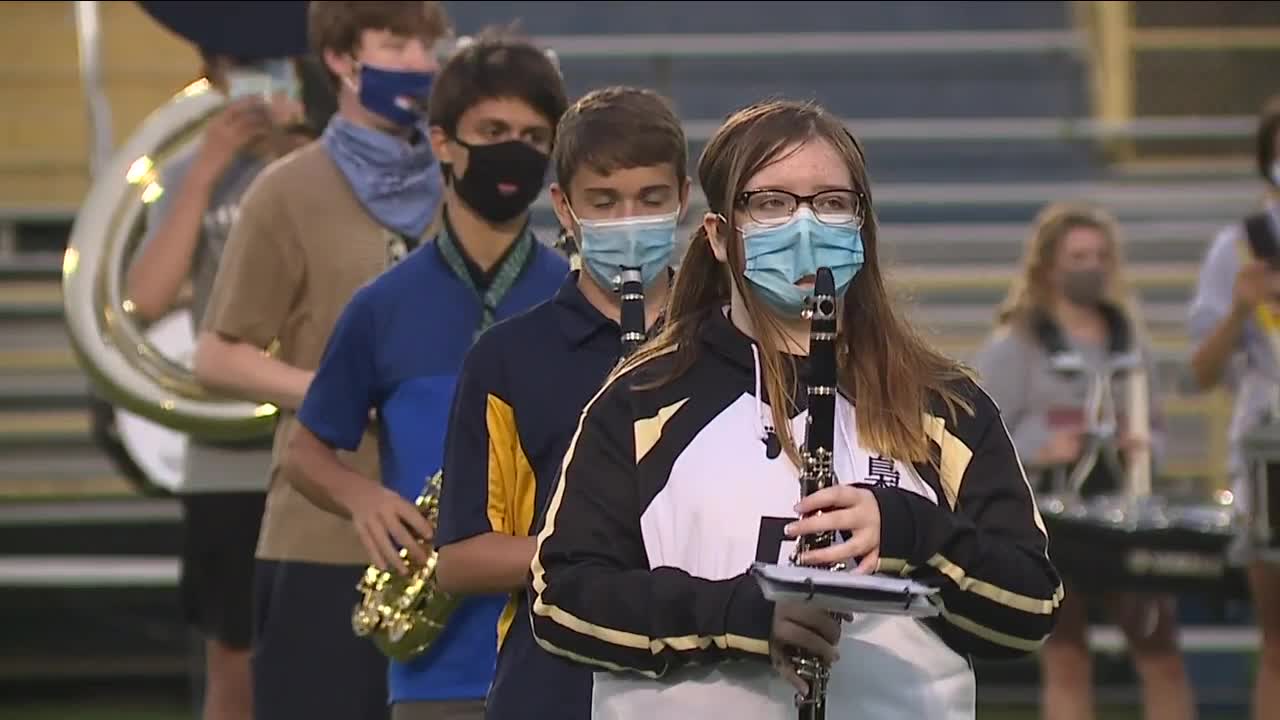 The Kirtland High School marching band is back in action and its director is going to great lengths to keep as many of his musicians out of quarantine if a member tests positive for COVID-19. 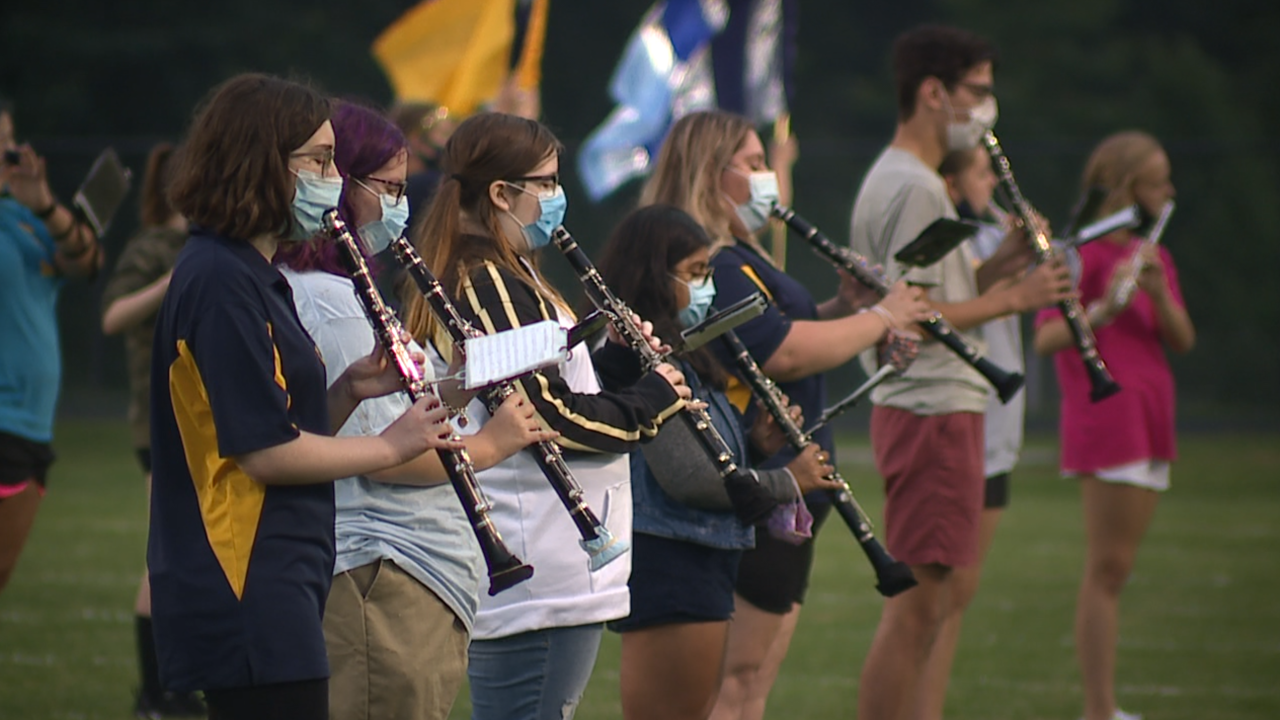 KIRTLAND, Ohio — The Kirtland High School marching band is back in action and its director is going to great lengths to keep as many of his musicians out of quarantine if a member tests positive for COVID-19.

"Because of the nature of aerosolized droplets while playing, we're making sure to be as safe as possible,” said Tom Dingeldein, Band Director at Kirtland High School.

While on the field it may sound like life pre-pandemic, the students, as well as their instruments, are masked-up—equipped to battle a virus that could quickly break up the band.

However, Dingeldein is doing everything he can to protect his students.

Along with outdoor rehearsals, sanitizing stations and breaks to clear the air, Dingeldein has been keeping a detailed log of how these musicians move among each other with charts and photos.

When one of the band members tested positive for COVID-19, Dingeldein had exactly what the health department needed to mitigate the fallout.

"Figure out exactly who was in the immediate, adjacent proximity to that student. It ended up out of our 75-member band, 11 students and I had to be quarantined,” said Dingeldein.

Kirtland Schools Superintendent Chad VanArnhem said without that information it would have been very likely that the health department would have recommended the whole band quarantine instead of just the 11.

VanArnhem praised Dingeldein for conducting his own contact tracing, which has so far kept song and formations on the field in Kirtland.

"It's just a sense of normalcy for school, for the community cause people in nearby neighborhoods have been commenting that they love hearing the band playing again, which is great,” said VanArnhem.