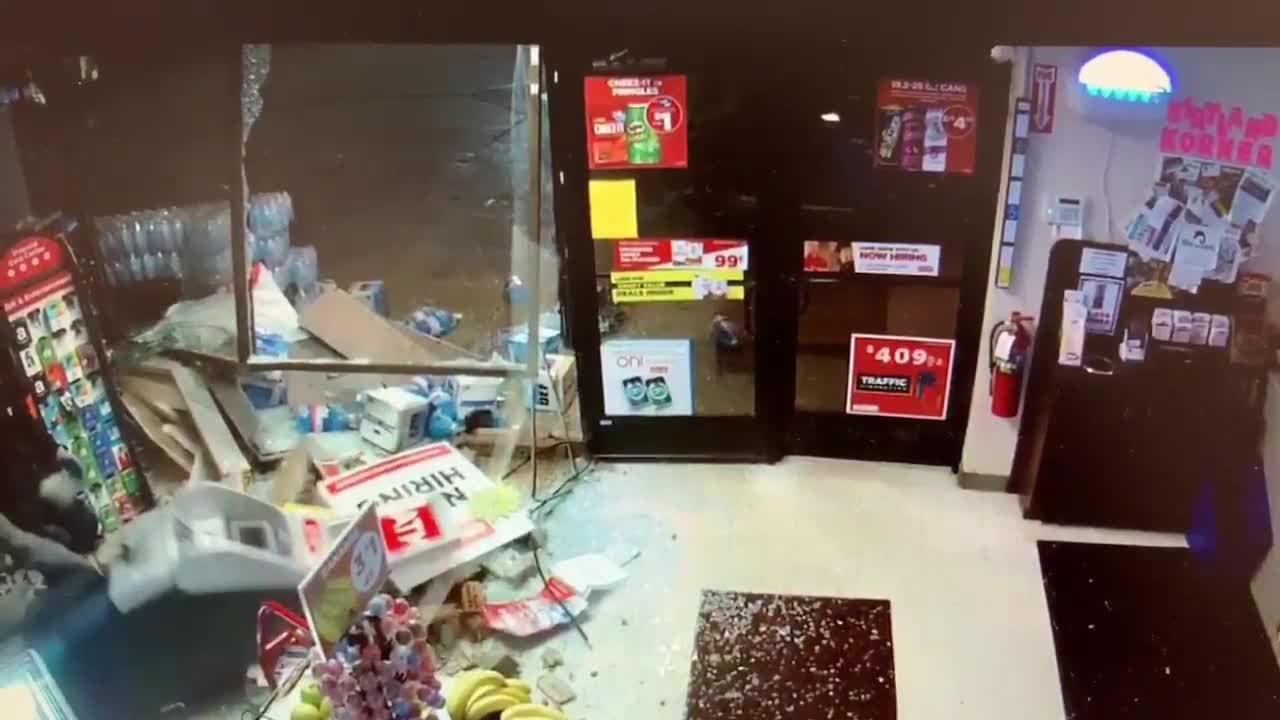 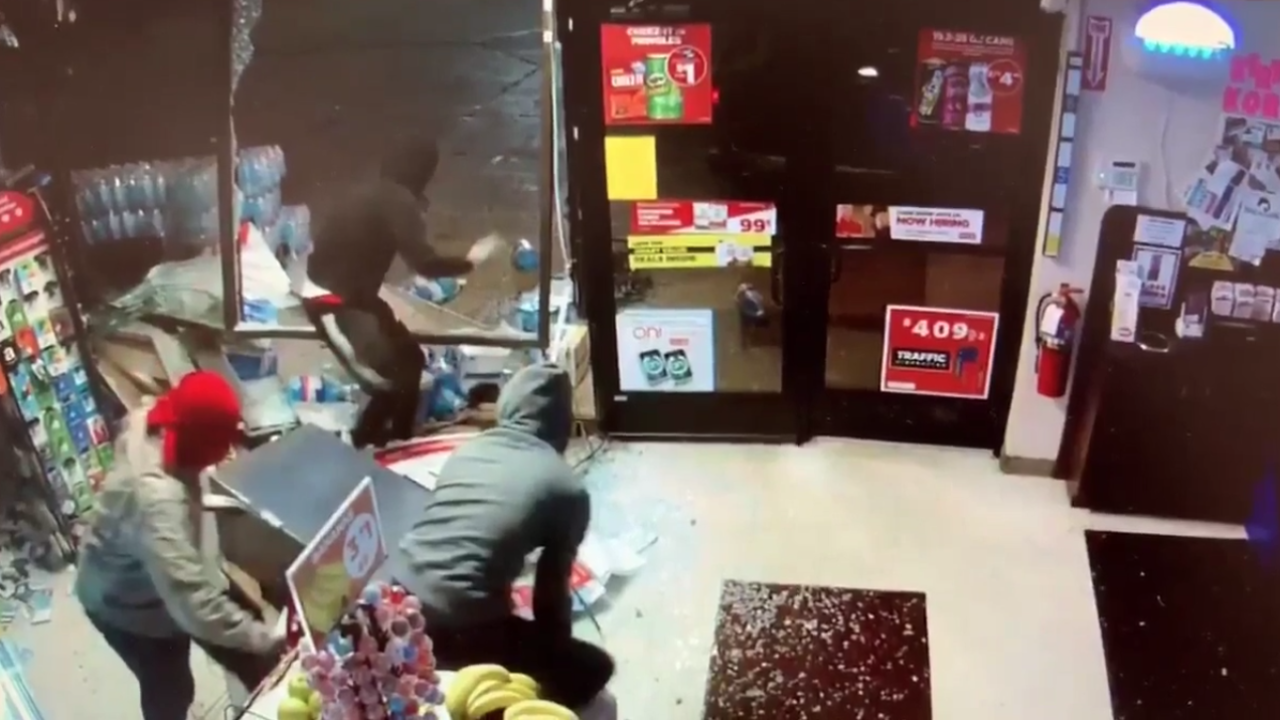 KIRTLAND, Ohio — The Kirtland Police Department is asking for the public’s help in identifying a group of people who used a minivan stolen from Cleveland to smash into a Circle K gas station on Euclid Chardon Road and took an ATM just before 5 a.m. Friday morning, according to a Facebook post from police.

Surveillance video from inside the gas station shows several people ramming a minivan into the front of the building, causing the front glass of the store to shatter.

The store clerk, who was working at the time of the incident, was not injured during the robbery, police said.

The green Dodge Caravan was reported stolen out of Cleveland. Surveillance video shows between five to six people wearing black pants, gloves with bandanas covering their face. The individuals entered the store amd removed the ATM before getting into a nearby Plymouth Voyager minivan with an Ohio registration HUE1666.

The van headed westbound on Euclid Chardon Road before being spotted by officers from the Willoughby Hills Police Department, where a brief pursuit started. Police continued to pursue the van until the chase ended near East 140th Street and Saint Clair Avenue in Cleveland.

Anyone who has information identifying the people in the video, along with the driver, is asked to call the Kirtland Police Department at 440-256-3333.