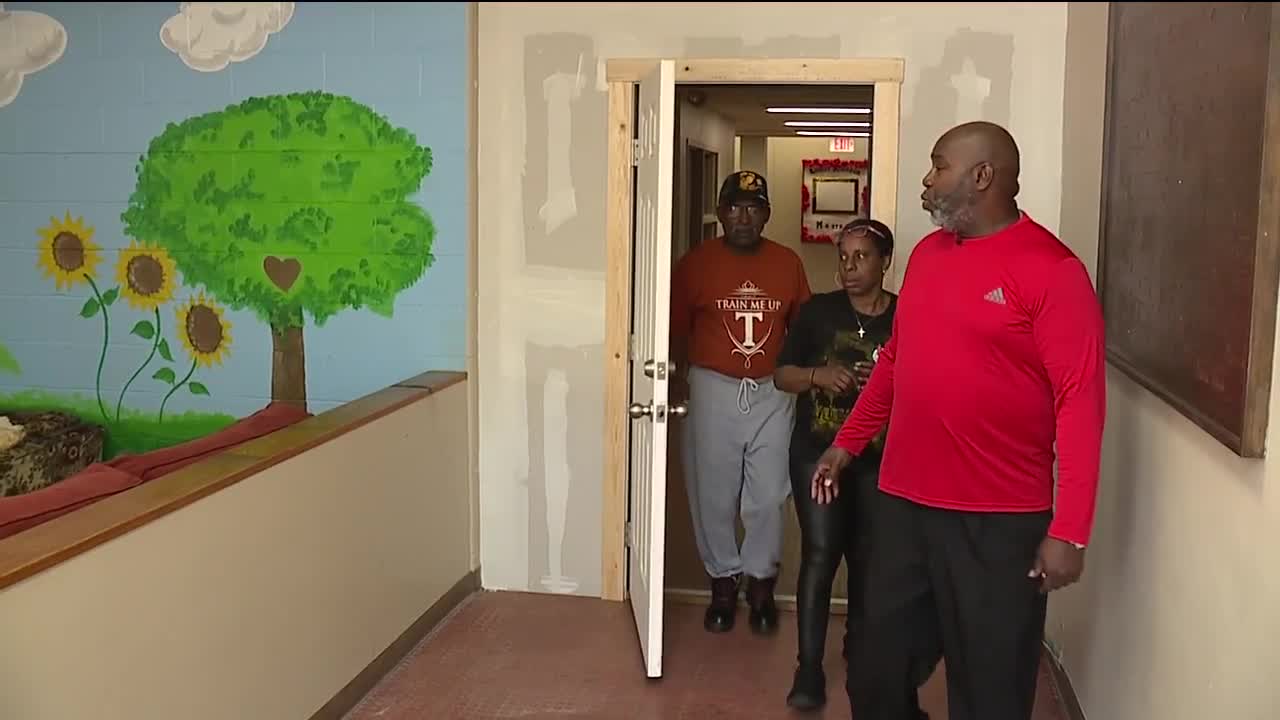 A small but growing church ministry in Mentor surprised a homeless veteran with a minivan on Memorial Day, after housing his family for the last few months. MENTOR, Ohio — A small but growing church ministry in Mentor surprised a homeless veteran with a minivan on Memorial Day, after housing his family for the last few months.

Royal Johnson, an Army veteran, and his wife have been living at the Christ Kingdom Ministries in Mentor since March, after Bishop M. L. Rodgers met the couple in Georgia and decided to take them in.

“I’m a veteran myself, that’s what we do,” Rodgers said.

WATCH: Homeless Army veteran surprised with a minivan by the church that has been housing him & his wife for the last few months.

The ministry has been housing, feeding, and helping the Johnson family get back on their feet the last few months. They have since become gainfully employed and able to secure their own housing in East Cleveland.

Monday, the couple was packing up their belongings to move and were surprised with the keys to a 2004 Mercury minivan, gifted by the church with the help of Ganley. Gift cards donated by Walmart and an engraved Bible were also presented.

Johnson and his wife were beyond words when presented with the gifts, bursting into tears and smiles, thanking God and the church.

“We did what we needed to do, and now it’s time to move forward, leave room for the next veteran, the next person to come through,” Royal Johnson said.

The Johnson’s were the first family that Christ Kingdom Ministry housed and helped, but they will not be the last, Rodgers said.

“Prayerfully, the first of many,” Rodgers said. “When we get someone in, we’re not trying to keep you here. we’re trying to give you what you need to get you from point A to point Z, from homeless to homebound, in your own home. We want to see the process all the way through.”

Rodgers said the ministry, which moved into a former rehab facility on Lakeshore Blvd. in Mentor less than three years ago, has the resources to help.

They hold a weekly food pantry on Tuesdays, and have a clothes closet to help the underprivileged in the community.

Christ Kingdom Ministries is located at 9521 Lakeshore Blvd. in Mentor.