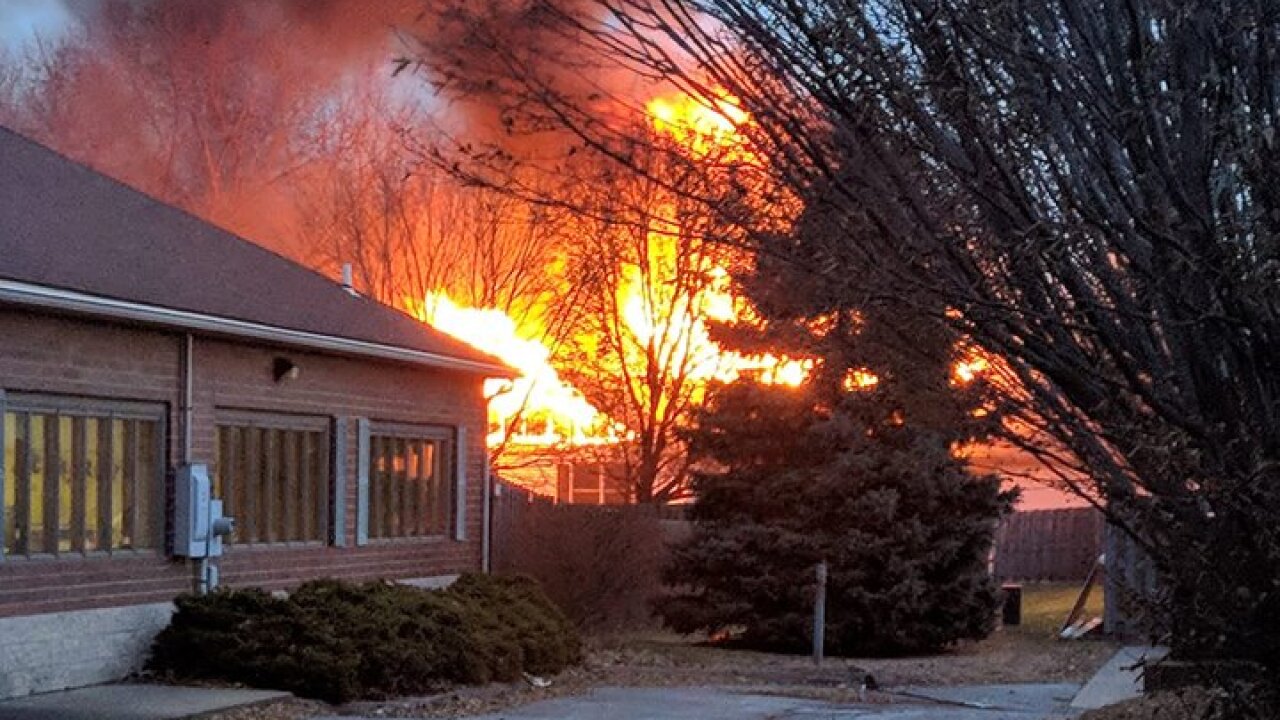 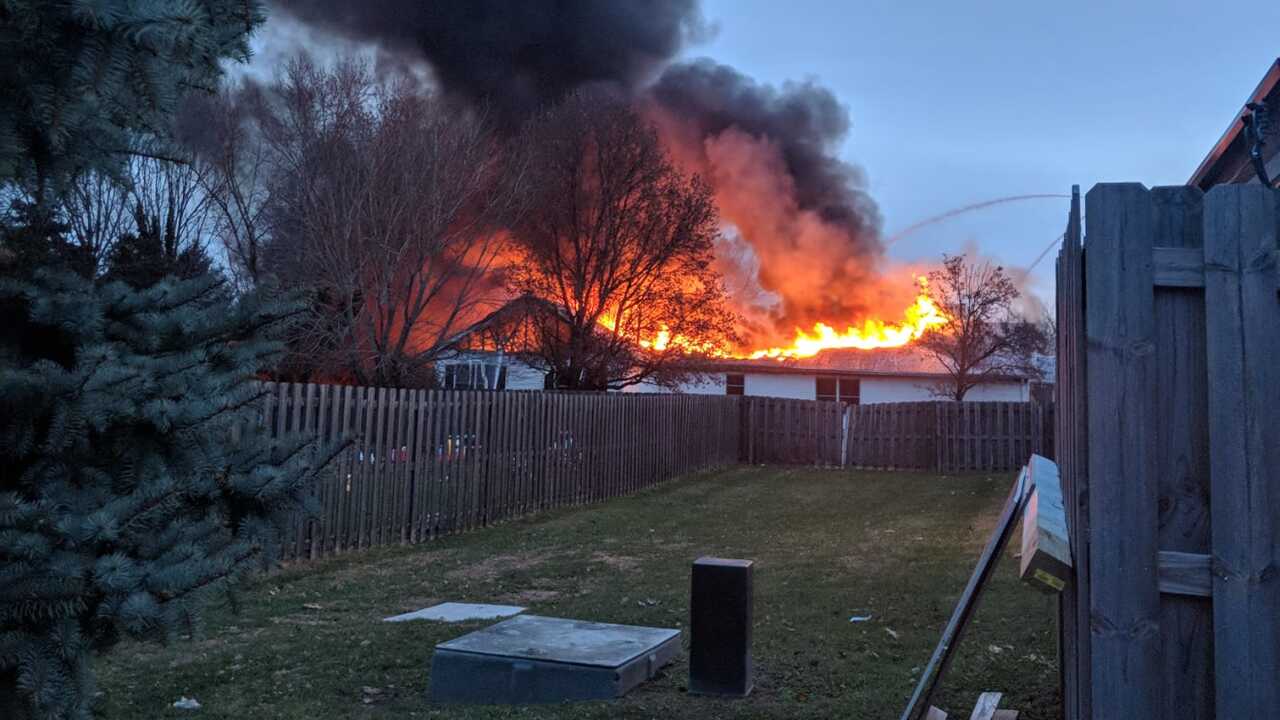 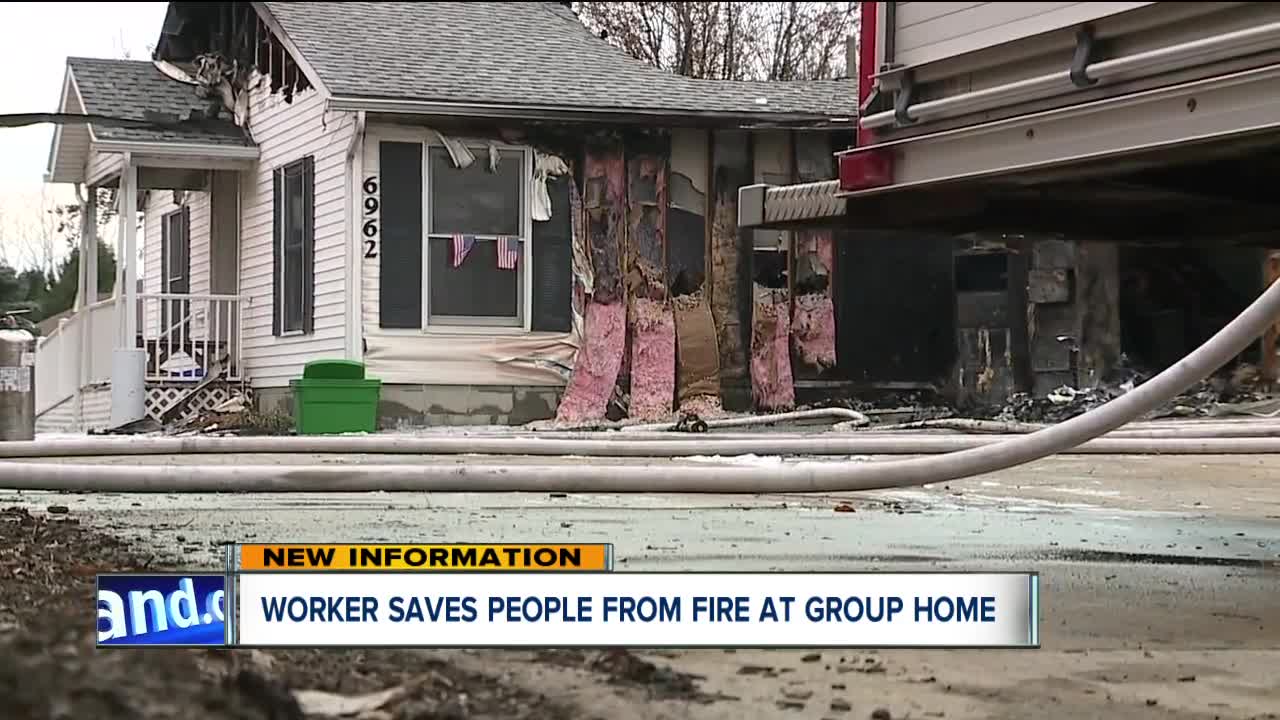 MENTOR, Ohio — An employee caregiver rescued several residents from a fire at a group home in Mentor Thursday morning.

The Mentor Fire Department responded to the fire at about 7:20 a.m. to find the multi-unit group home on Heisley Road near Mentor Avenue engulfed in flames, according to a news release from the city.

Firefighters performed an aggressive fire attack and search, then shifted their efforts to defensive operations, the release states. A search confirmed that all occupants were clear of the structure.

An employee caregiver at the home heard cracking and popping come from the garage area, the release states. She opened the door to see heavy smoke and flames. She immediately evacuated one resident in a wheelchair and two other ambulatory residents, then called 911. The evacuees were cared for at a neighboring child daycare as firefighters continued to fight the blaze.

"This has been these gentlemen's home for over 10 years," Karen Knavel told News 5, "They can't comprehend that they won't be coming home to their home tonight and that home will look different and that transition is particularly different for people who have disabilities."

Knavel is CEO of New Avenues, the company that provides 24/7 care for the North Coast Community Home.

"This is one of our more medical fragile homes," she said, "They have hospital beds, lifts, one is on a special diet and doesn't eat solid foods."

It was a New Avenues employee, a care provider named Courtney, who was able to get everyone out safe.
"We feel very blessed that Courtney's efforts have turned a tragedy into a blessed during the holiday season. We are grateful to her," Knavel said.

Heisley Road was closed for about an hour while crews managed to get the fire under control, officials said.

"The fire department would like to remind residents and businesses the importance of having and practicing an emergency escape plan," the release states.

The staff of the company that manages the group home secured clothing, medicine and permanent housing for the three residents.

According to Mentor Fire, the home is likely a total loss. There was heavy property damage to the rear unit of the structure.