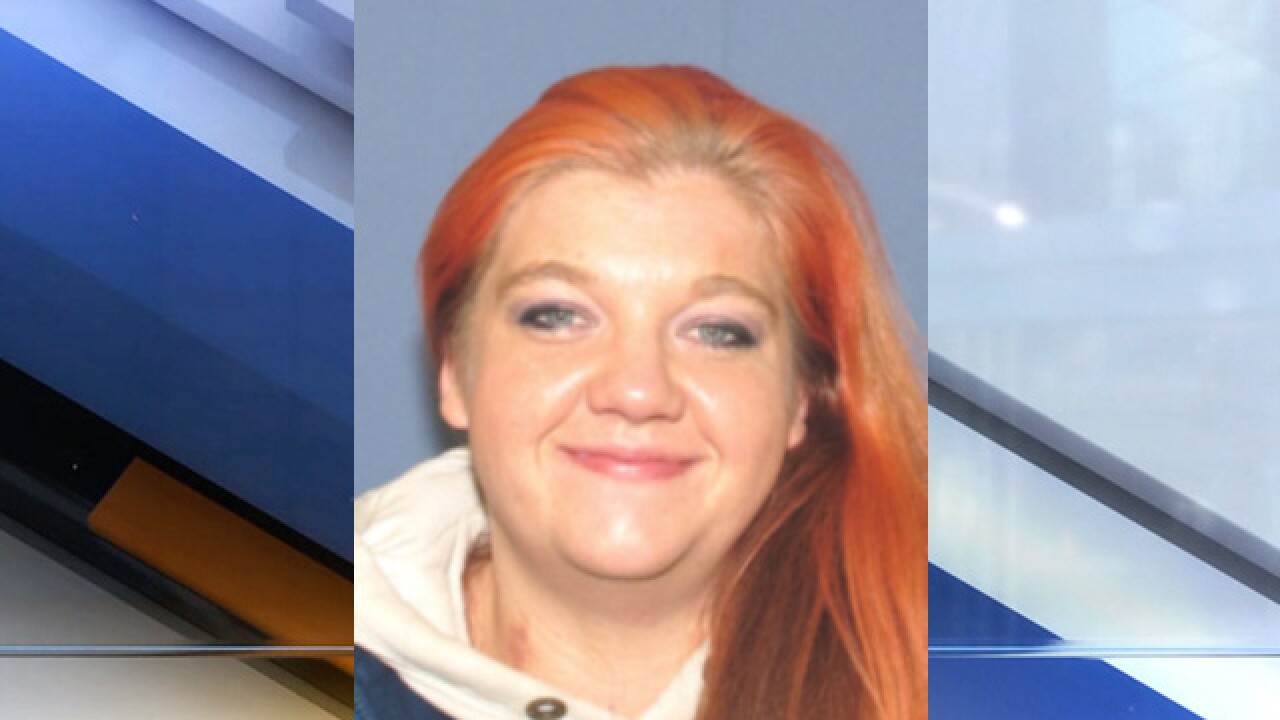 MENTOR, Ohio — UPDATE: The woman has been found.

The U.S. Marshals Service and the Mentor Police Department are asking for the public’s help in locating a 31-year-old woman who has been missing for over a year.

Samantha Cook is described in a U.S. Marshals Service news release as a white female with red hair and blue eyes, 5 feet 5 inches tall and 150 pounds in weight.

Cook is wanted in Summit County for possession of drugs, and is listed as a missing person by Mentor police, the release states. She was charged with possession of a small amount of drugs by the Ohio State Patrol in January 2017 and failed to appear in court. She was reported missing by her family in Mentor in November 2017.

At the time that she went missing, Cook did not have a permanent address, but was staying in the Akron and Barberton areas, officials said. She was known to frequent locations in Wadsworth, Rittman and Canton, but officials say at this point, she could be anywhere.

“Although Ms. Cook does have a minor warrant, the most important concern now is for her safety and wellbeing,” the release states. “Hopefully, if Ms. Cook sees this report herself, she will be encouraged her to reach out to law enforcement or her family so that someone knows she is safe.”

Anyone with information about Cook is asked to contact the U.S. Marshals at 1-866-4WANTED or text keyboard WANTED and the tip to TIP411 (847411). Tipsters can remain anonymous and reward money is available.