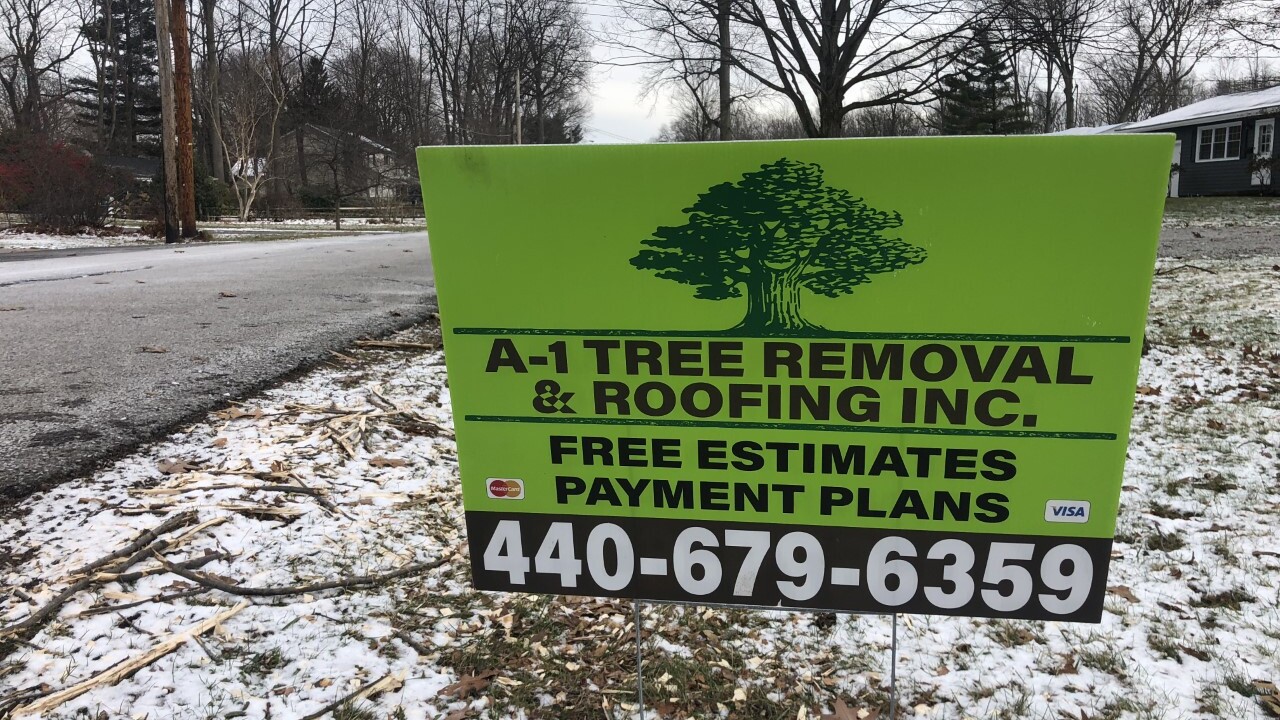 PAINESVILLE TOWNSHIP, Ohio — Signs for A-1 Tree Removal and Roofing are scattered around Painesville Township and officials say those aren't allowed to be there.

But that's the least of the company owners problems.

Cicconetti says the very next day he got another call and the complaint was almost identical.

That's when he put up social media post warning residents and soon after, the complaints started rolling in.

"The township would never contract with a tree company and have them act in that way, to go door to door and solicit and that they are soliciting without the proper permits," said Cicconetti.

"They were very professional, kept everything nice and neat as well as could be expected when a tree is coming down," said a Painesville Township resident who does not want to be identified.

She says she had a great experience with A-1 Tree Removal and says they did not pretend to be working on behalf of the township.

"No ma'am they did not," she said. "They just said that they were in the neighborhood working down the street and wanted to see if we needed trees cleaned up or cut down."

A man who says he's the owner of A-1 Tree Removal declined our request for an interview, but says all of the claims by the township are false.