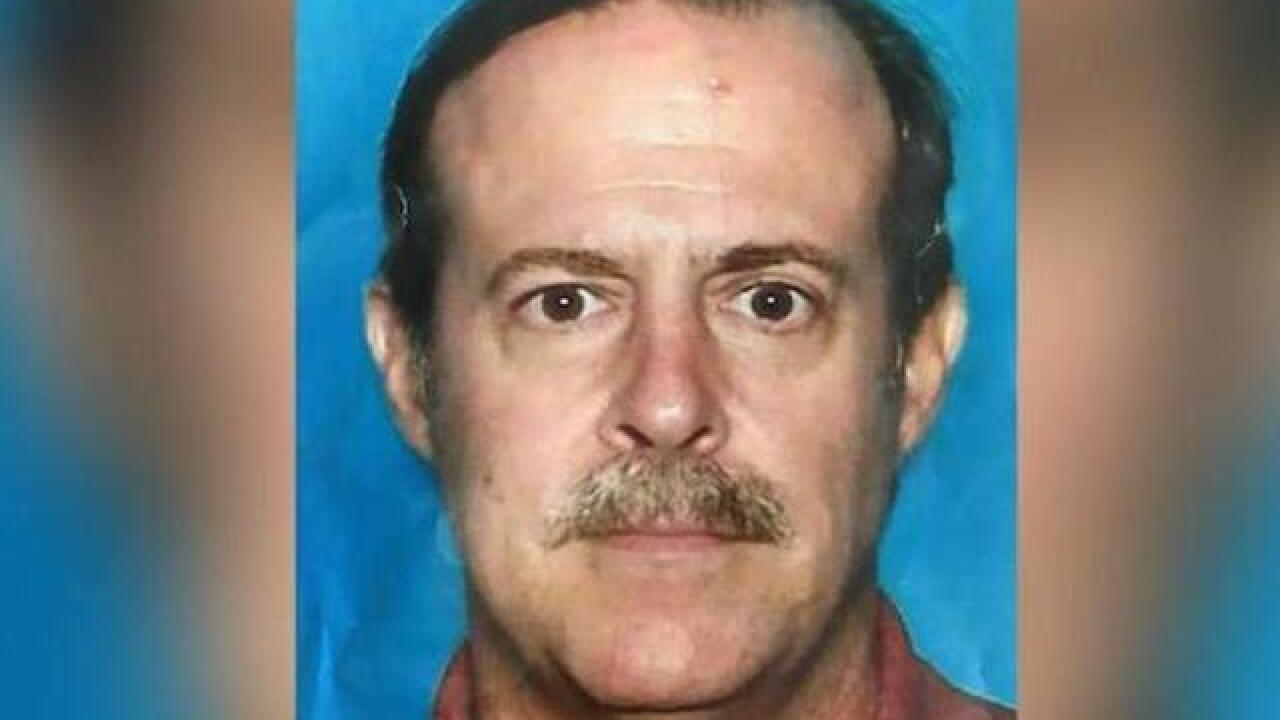 Police say they've been looking for Joseph Pappas, 62, who is accused of shooting and killing Dr. Mark Hausknecht as both men rode bicycles in Houston on July 20.

Authorities had been trying to find Pappas -- a trained marksman who worked for 30 years as a Texas constable -- since Tuesday, when a tipster told investigators Pappas appeared to be the cyclist in a surveillance video that police had released from the day of the shooting.

Hausknecht was a prominent surgeon and former cardiologist for President George H.W. Bush.

Pappas had lived in his neatly maintained home in southwest Houston for decades.

On July 19, the day before police say he shot and killed a prominent doctor who was riding his bicycle to work, Pappas transferred the deed for that house to a woman who lives in Painesville. And he appeared to be in a rush to make that happen.

Investigators think Pappas, a 62-year-old real estate agent and former constable, might have killed Dr. Mark Hausknecht as revenge for his own mother's death on an operating table 20 years ago, while she was being treated by the famed cardiologist, Houston police said Wednesday.

Pappas has not been seen or heard from in several days -- a man who lives nearby said he last saw Pappas on Sunday mowing the lawn. A manhunt is underway in the nation's fourth most populous city.

Slinkard said officers went to the neighborhood when someone called police about a sighting of a man riding a bike near the home.

A courier who went to Pappas' home three days after the killing to fetch deed paperwork and take it to a courthouse said Pappas was acting strangely.

Pappas cracked the door open and peeked out, then opened the door wider.

He was "looking up and down the street, to see if anybody else was there. And then he passed me the envelope," Donalson said.

Pappas called Donalson three times that day to make sure the documents were filed, the courier said. He said the transaction seemed odd to him, but his line of work demands confidentiality so he didn't ask many questions.

The document transferred the home deed to a woman from Ohio on July 19, but didn't indicate whether the three-bedroom, 2,100 square foot ranch house was sold. Donalson said he was unable to pick up the paperwork on July 19, and Pappas called him again on July 23 to pick it up.

In an interview with the News-Herald in Ohio, Janette Spencer of Painsville said she received notification in the mail on July 23 that the home had been deeded to her. CNN reached out to her Thursday but didn't receive a reply.

"I called him on the 24th and he said he had a terminal illness, and that's why he deeded (me) the house," Spencer told the paper. She said she's known Pappas for about 25 years.

One of Spencer's daughters was supposed to meet Pappas on July 30 when she visited Houston. However, Pappas texted Spencer that day to tell her he was committing suicide and gave her instructions on how to secure the house.

"Sorry for handling things this way," the text said, according to the paper. "House and property is now yours. Please make best use of it for you and (your daughter)."

Spencer told the paper they tried to contact Pappas after receiving that text, but calls went straight to voicemail. They then called the police.

A delinquent property tax statement from Harris County, Texas, shows Pappas owed $4,409 in back taxes, penalties and interest on the property. The notice said that if the amount wasn't paid in August, the property would be subject to a lien.

Donalson said he called police after watching a news conference in which Police Chief Art Acevedo named Pappas, 62, as the suspect in the case.

Acevedo told reporters that evidence indicated Pappas put a lot of planning into the alleged crime.

Police searched Pappas' home this week after getting a tip from a neighbor.

"We found plenty of evidence that shows an extreme interest by (Pappas) in the doctor," Acevedo told CNN on Thursday.

"If you think about his fascination with the doctor and the fact that he ends up killing this man in cold blood, the only thing we can think of is the connection between his mother dying over 20 years ago during surgery," Acevedo said. "Until we talk to him, we can't say definitively that that's the motivation behind this killing, but there's nothing else that would explain it."

Authorities issued an arrest warrant for Pappas after they searched his home and did not find him. The suspect has multiple firearms and has made phone calls indicating he was considering suicide, Acevedo has said. He said Pappas might still be suicidal.

"This man is dangerous, this man is capable, this man has some skills (with firearms)," he said.

Errol Francis, who has lived near Pappas for many years, told CNN that the suspect was "sort of a lonely person."

Francis said he would see Pappas only when he mowed the lawn, including four days ago. He was always a quiet guy, Francis said.

Pappas' parents had lived there, Francis said, and when the mother died in 1997, he didn't notice any change in the son's behavior.

Pappas worked for 30 years as a constable, according to Texas Commission on Law Enforcement records. He worked for Harris County as a peace officer and a reserve officer from May 1983 to July 2013.

Police said Pappas and Hausknecht were on their bicycles on July 20 when the suspect rode past the doctor before turning around and fatally shooting him. Surveillance images showed the suspected gunman just behind Hausknecht as both headed north on a highly trafficked street in Houston's Medical Center district during rush hour, police said.

The prominent surgeon and former cardiologist for President George H.W. Bush was found near a construction site with hundreds of workers, but the equipment was loud enough to mask the sounds of gunfire.

That phone number is linked to recent listings on a firearms auction website for several guns, ammunition, tactical vests and ballistic plates for car doors. The posts, from a user in Houston, apparently went online days after the shooting.

It is unclear whether any of the firearms listed online were used in the shooting. A spokesman for Houston police declined to comment on the ads.

Doctor remembered as gentle and caring

Hausknecht and his wife, Georgia Hsieh, lived in an upscale neighborhood not far from the Texas Medical Center in southwest Houston. In addition to his wife, who is a retired emergency room physician, Hausknecht is survived by two adult sons, Matthew and Paul.

Hausknecht's family released a statement Thursday thanking Houston police and others who helped identify a suspect and asking the public to focus on Pappas' photo and contact police if they know where he is.

Friends and colleagues remembered the doctor as a quiet, generous and kind person.