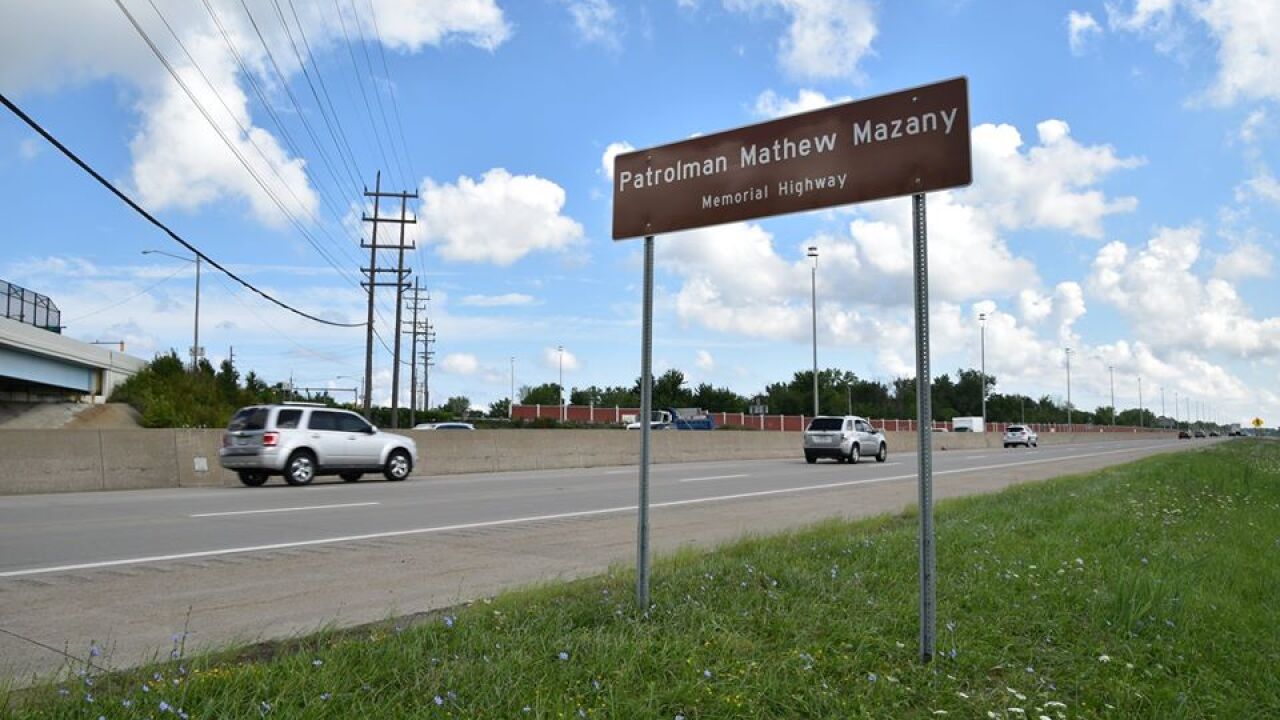 The City of Mentor
A portion of SR-2 between SR-306 and SR-615 was dedicated as Patrolman Mathew Mazany Memorial Highway during a ceremony in front of the Mentor Police Department.

MENTOR, Ohio — A portion of State Route 2 between State Route 306 and State Route 615 was dedicated on Friday as Patrolman Mathew Mazany Memorial Highway to honor his life after he was killed by an impaired driver while assisting on a traffic stop on State Route 2, just before State Route 2-6 on June 24, 2018.

“Since his death, we have honored his sacrifice and his life. After today, everyone driving on SR-2 between SR-615 and SR-306 will also remember and reflect on his life and his sacrifice,” said Mentor Police Chief Ken Gunsch in a statement.

“It is important to remember the sacrifices of our first responders,” said Rogers, “those who form the protective backbone of Ohio’s cities and towns. Today, we do just that."

Mazany was 41 years old and he left behind a son, father, and a brother. Born in Maple Heights, his father served as an officer for 34 years. It was Mathew's childhood ambition to be a policeman. Over the years, the Mentor officer received letters from residents thanking him for his professionalism while out on patrol.

The City of Mentor is reminding residents that placing flowers or other ornamentation on or near the highway signs is highly discouraged because of the danger it could cause to the person.

Those who wish to leave something to show their respects can do so at a memorial stone and oak tree located in the north lawn of the Mentor Police Station.