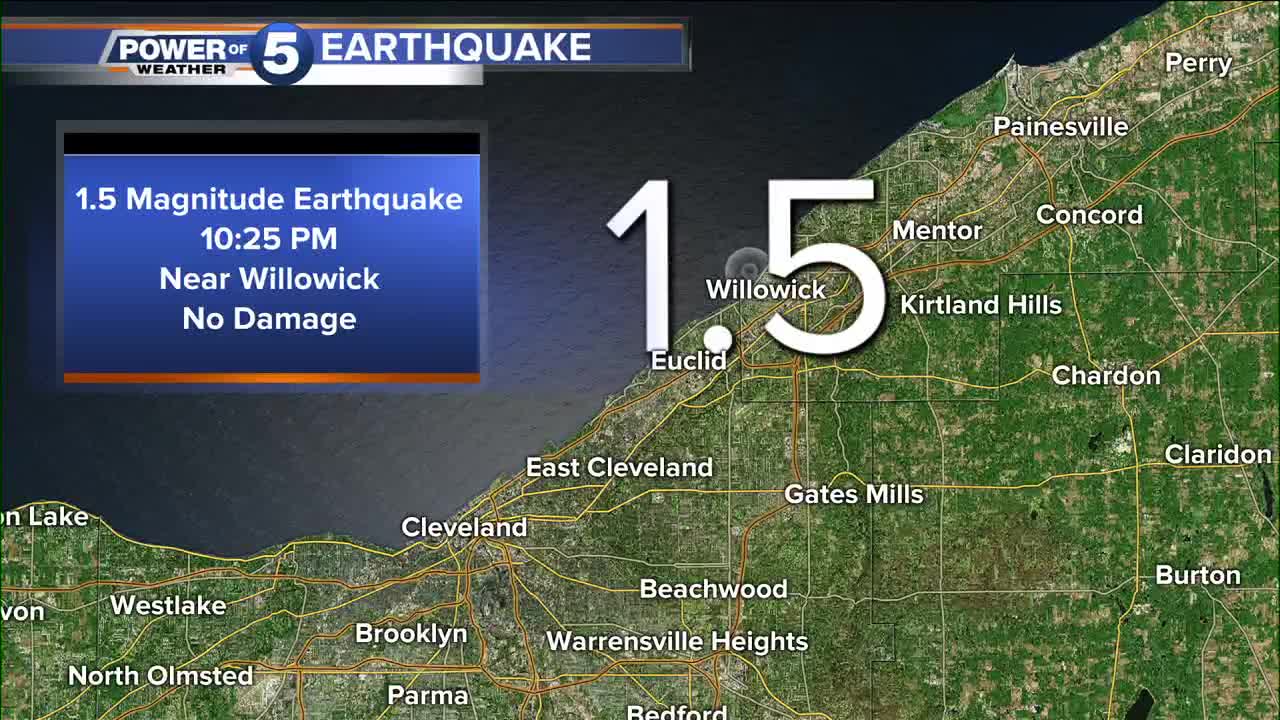 This comes at the heels of a 4.2 earthquake that was centered last week outside of Cleveland.

While the exact location is unknown, Sunday's earthquake happened about 1.5-1km Northwest of Willowick.

Since 1836, Northeastern Ohio has experienced more than 100 earthquakes, many of them beneath Lake Erie offshore from Lake County. While many of the earthquakes caused little to no damage, an earthquake on January 31, 1986, in southern Lake County, shook the state and was felt in 10 other states and southern Canada, according to the Ohio Department of Natural Resources.

The 1986 earthquake had a magnitude of 5.0 and caused minor to moderate damage, including broken windows and cracked plaster.

ODNR says little is known about Ohio's earthquakes. Those in Ohio appear to be associated with ancient zones of weakness in the Earth's crust that formed during rifting and collision events about a billion years ago, according to ODNR.