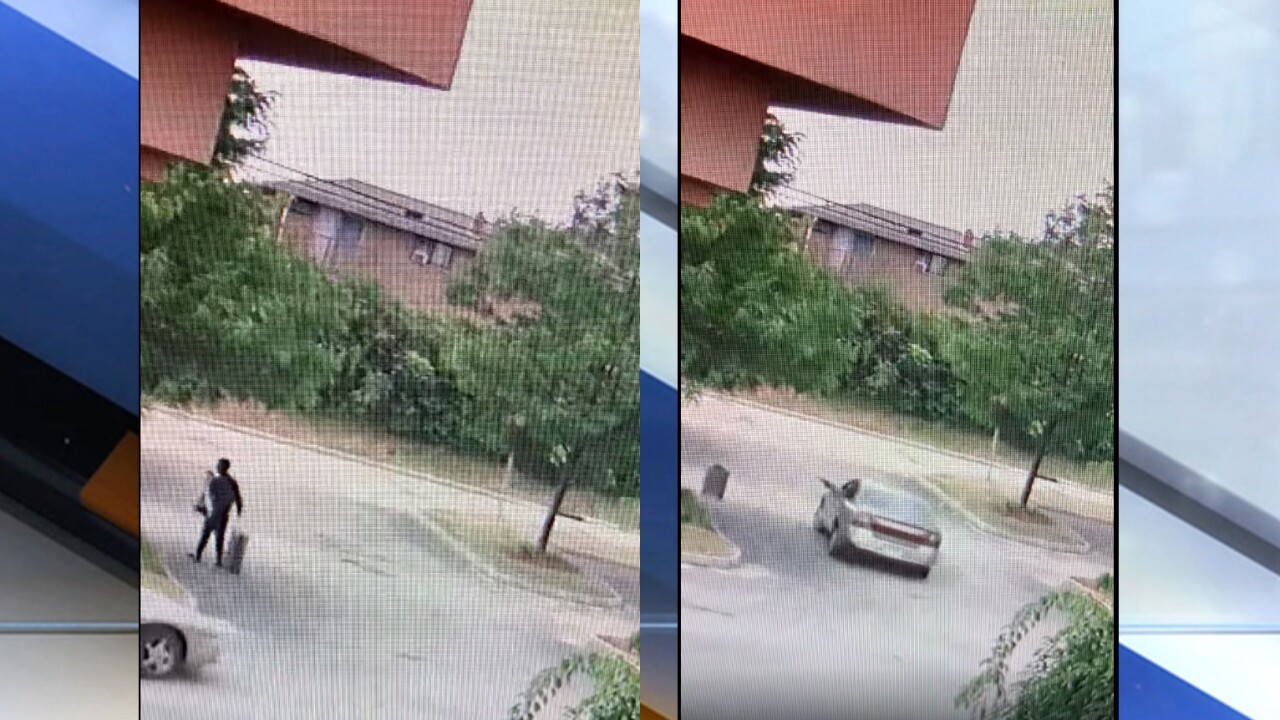 Drive by shooting outside a Wickliffe Hotel. Photo courtesy of surveillance footage from police.

WICKLIFFE, Ohio — Wickliffe police are seeking information from the public to help identify a shooter and a vehicle wanted in a drive-by shooting near a hotel on Friday.

Police said at around 10:45 a.m., an unknown person fired several gunshots at a male as he left a Wickliffe hotel. As he walked across the parking lot toward his car, the driver fired several rounds at him.

The victim ducked behind a car to avoid getting hit by the bullets before running to his car.

Police need the public’s help in identifying the gold Pontiac Bonneville in the video. The vehicle has a dent on the driver’s side rear door and had a temporary license plate attached at the time of the shooting.