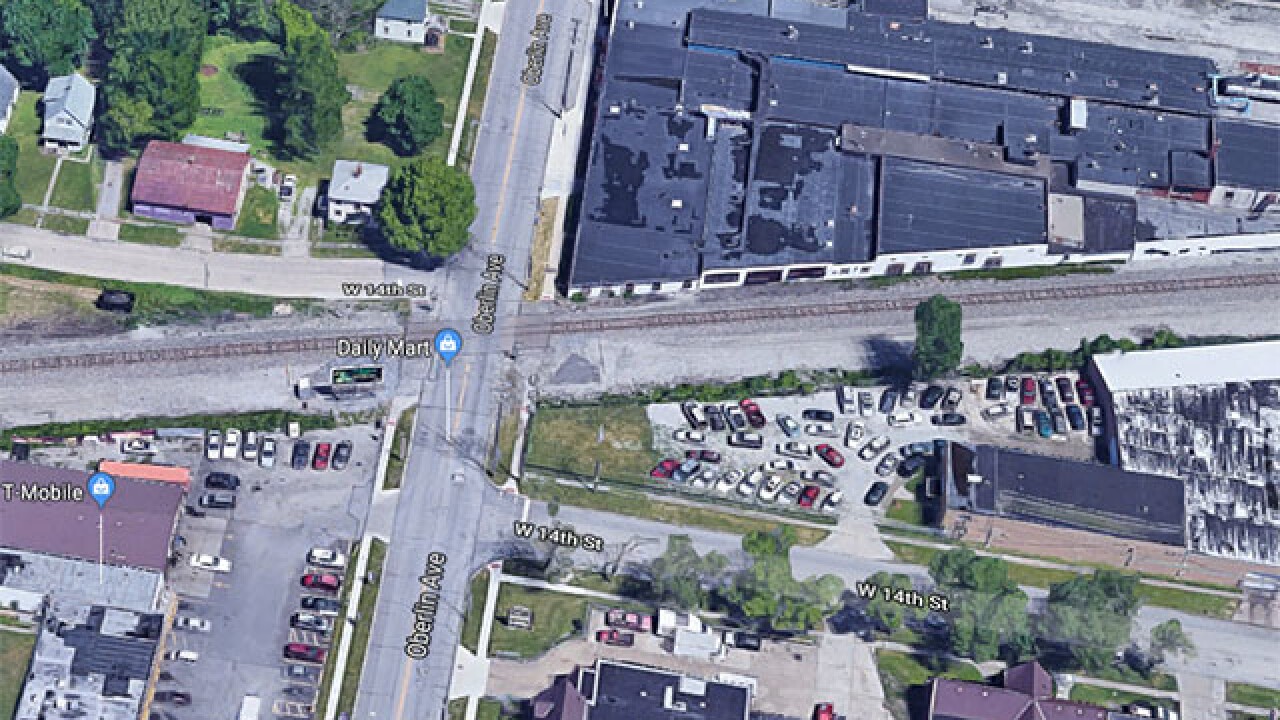 Copyright 2018 Scripps Media, Inc. All rights reserved. This material may not be published, broadcast, rewritten, or redistributed.
<p>Lorain police responded to a fatal crash at the intersection of West 14th Street and Lorain Avenue. Photo courtesy: Google Maps.</p>

Police are investigating after a man died in a crash Saturday morning on Oberlin Avenue in Lorain.

Shortly before 3 a.m. police responded to a crash at the intersection of West 14th Street and Oberlin Avenue.

Police said an SUV was traveling southbound in the 1300 block of Oberlin Avenue at a high rate of speed. The SUV traveled across the Norfolk Southern Corporation Railroad at such a high speed that it went airborne, according to police.

Once the SUV landed back on the road, it started to rotate, hitting a curb located on the west side of the roadway.

The vehicle then left the roadway, struck a utility pole and then rolled over several times, causing the driver, Kacy Lenard Thorpe, 31, of Lorain, to be ejected from the vehicle.

The vehicle and Thorpe came to a final stop on the southwest corner of the intersection of Oberlin Avenue and West 15th, police said.

Thorpe was taken from the scene to Mercy Regional Medical Center in Lorain, where he was pronounced dead.

The road was closed for approximately six hours while the scene was processed and investigated by several Lorain agencies, including the Lorain Fire Department and the Lorain County Coroner's Office.

Authorities said Thorpe was not wearing his seatbelt at the time of the crash. Alcohol is suspected to be a factor in the crash, Lorain police said.