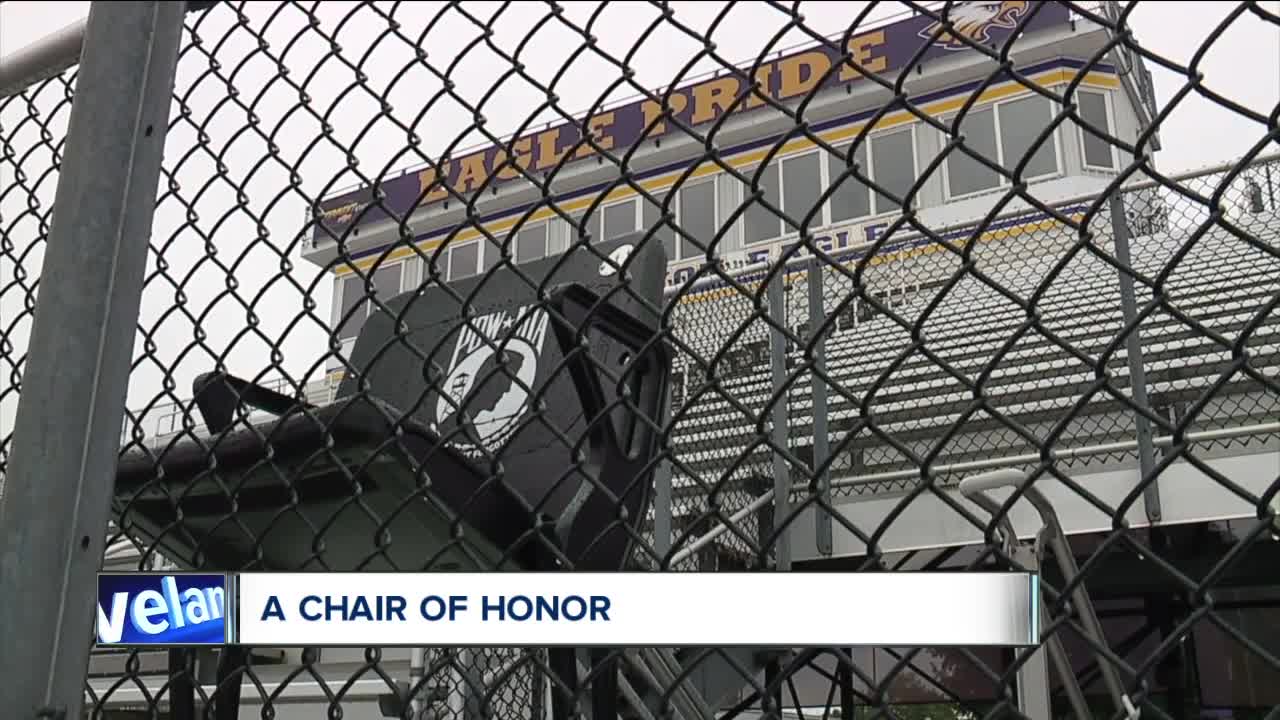 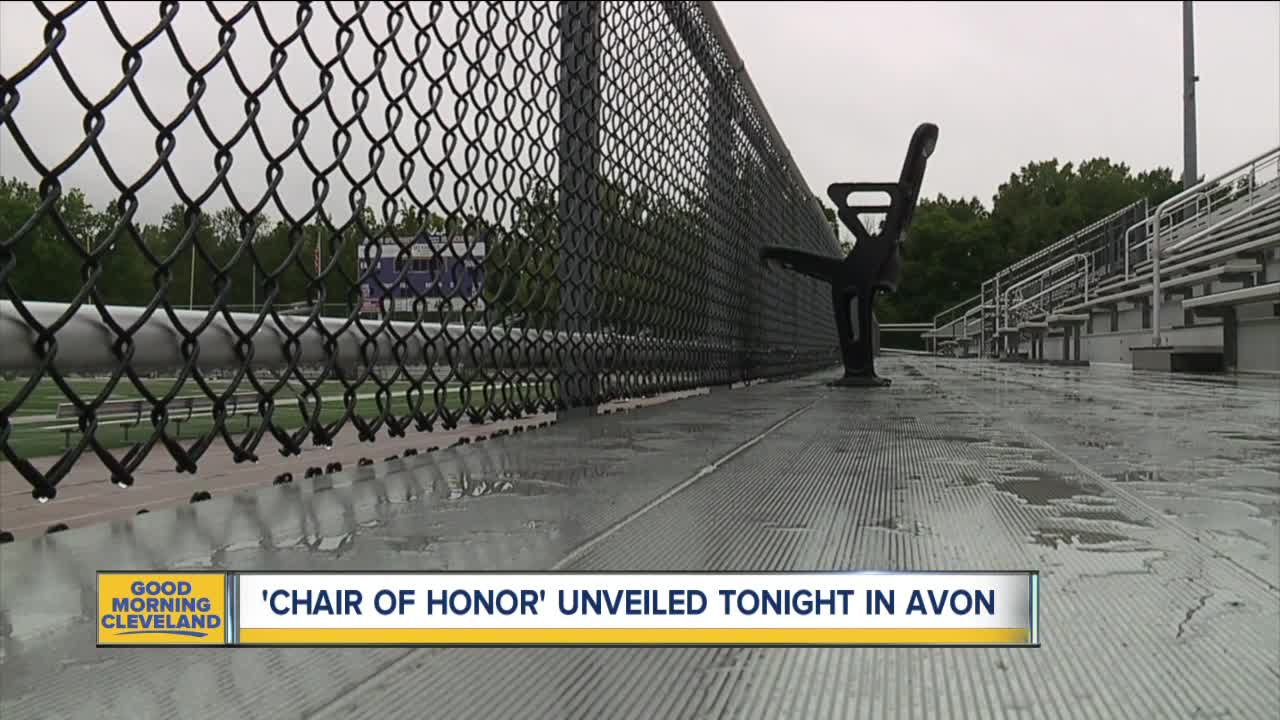 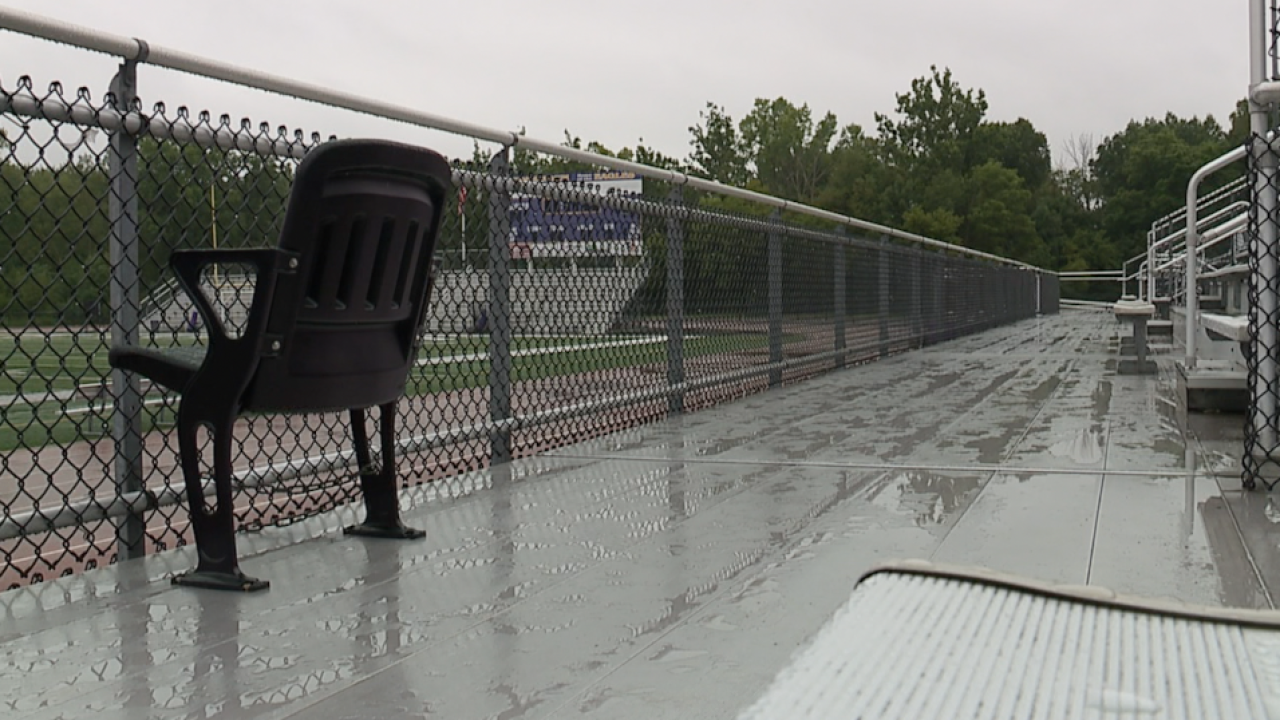 AVON, Ohio — Every year, people in Lorain County look forward to the Avon Lake High School vs. Avon High School rivalry football game. But this year. the game is about more than just bragging rights. Before the game, there will be a program to unveil an “Honor Chair.”

Out of the thousands of places to sit at Avon High School’s stadium, the honor chair is the only one that will remain empty every time the Friday night football lights turn on.

“We dedicate these chairs to make sure that the POWs and MIAs are never forgotten. We would like to have every one of them accounted for,” said Gary Garner.

Garner is the Chaplain of the American Legion Post 211 in Avon Lake and a Vietnam veteran. The chair’s dedication is personal to him. It represents all the men and women who never made it home, men and women he remembers serving with.

“The chairs always face the field so they know, again, that they can sit in that chair and it's always waiting for them whenever they come home,” he said.

The single chair is a symbol of the sacrifices the 91,000 people who remain unaccounted for since WWI have made. Though, for Garner, it’s also to honor the local veterans that did come back.

“I want the people that are gonna be there at the stadium to recognize the veteran causes that are out there. I want them to realize that there are veterans out there struggling in this country.”

Chairs are currently in place at Firestone, Brookdale and Amherst high schools and the American Legion Post 211’s goal is have them installed at all of Lorain County’s high schools. The Chair of Honor program is national. Over 500 are installed at various locations in the US. The chairs come from Hussey Seating.

Garner said it is like a homecoming for all the men and women still gone.

“To let them know that there are people that will never forget the sacrifices that are made,” he said.