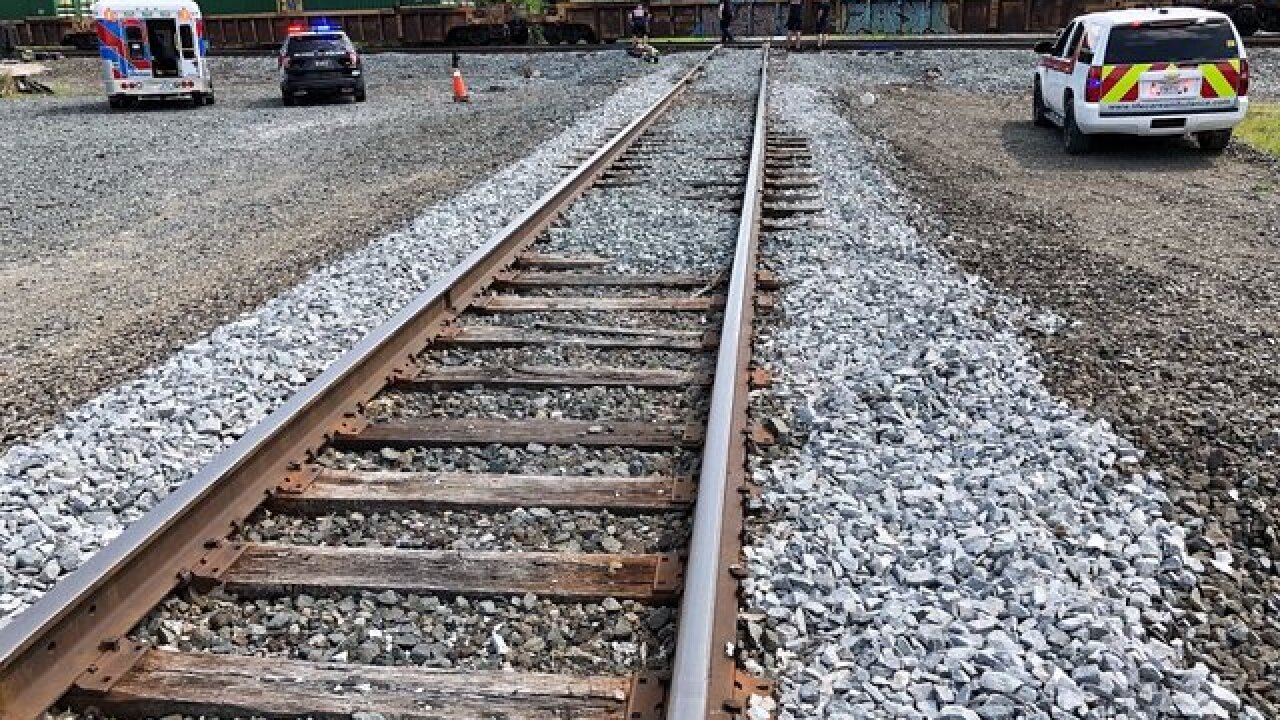 Copyright 2018 Scripps Media, Inc. All rights reserved. This material may not be published, broadcast, rewritten, or redistributed.
<p>Photo courtsey of TMC NEWS </p>

Elyria Police Department is investigating a fatal accident between a pedestrian and a train that occurred Sunday afternoon.

According to authorities, Elyria police along with Elyria Fire Department and LifeCare EMS were called to the scene of Huron Street and Lowell Street around 3:45 p.m. for a pedestrian hit by a train on the eastbound tracks.

Elyria Fire Assistant Chief Carl Mack confirmed a male was found under the train and Lorain County Coroner was called to the scene.

Authorities confirm the male was pronounced dead on scene. At this time the investigation into the incident is being handled by the Elyria police department.

Elyria police have not yet released any details about the pedestrian or how the deadly accident occurred.

Authorities did confirm EMS evaluated the train engineer on scene as he was physically and mentally shaken from the experience.

This is a developing story, stay with News 5 for more updates.