Lorain County is expected to have its lowest number of overdoses since the beginning of the opioid epidemic. The county said community Narcan kits are a big reason for the decline.

Early on in 2013, Lorain County Health Commissioner Dave Covell said the county was a selected to be part of a pilot project where officers would carry Narcan.

"Per population, we were one of the counties having quite a problem. We weren't the number one county in the state, but we were up there. Now, our numbers are coming down," Covell said. 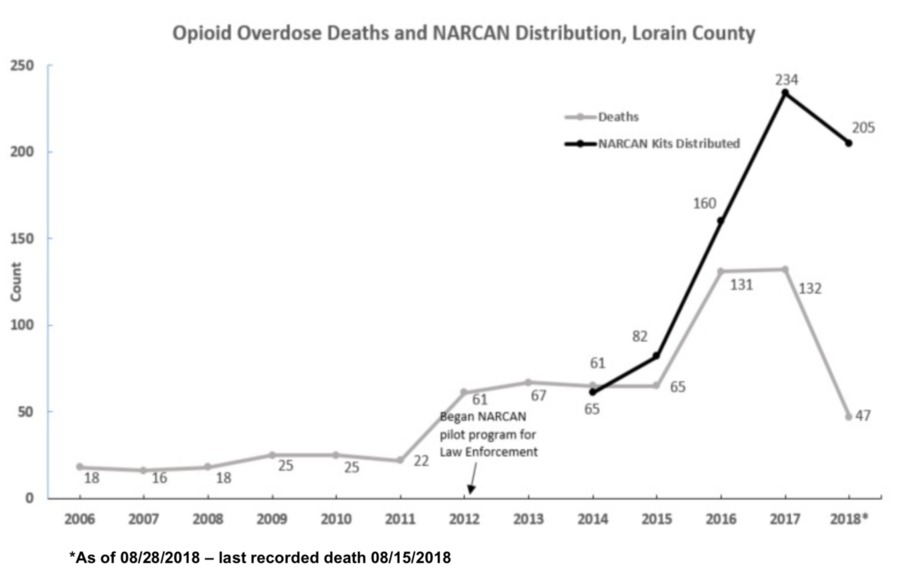 The kits include naloxone, which is a medication that can reverse an overdose caused by an opioid drug. When given to someone, Covell said naloxone restores breathing and blocks the drug's effects on the brain. It oftentimes prevents death.

These kits are available through Project DAWN, an overdose education and naloxone distribution program through the Ohio Department of Health.

"This shows people are responding, and using them," Covell said.

Narcan kits are free and readily available to anyone that wants one. To pick up a kit, Covell said an appointment is recommended, but not needed.

Kits can be picked up on weekdays between 8:00 a.m. and 4:00 p.m. at 9880 South Murray Ridge Road in Elyria. Please allow 20 minutes for the visit in order to receive opioid death prevention education on the kit.