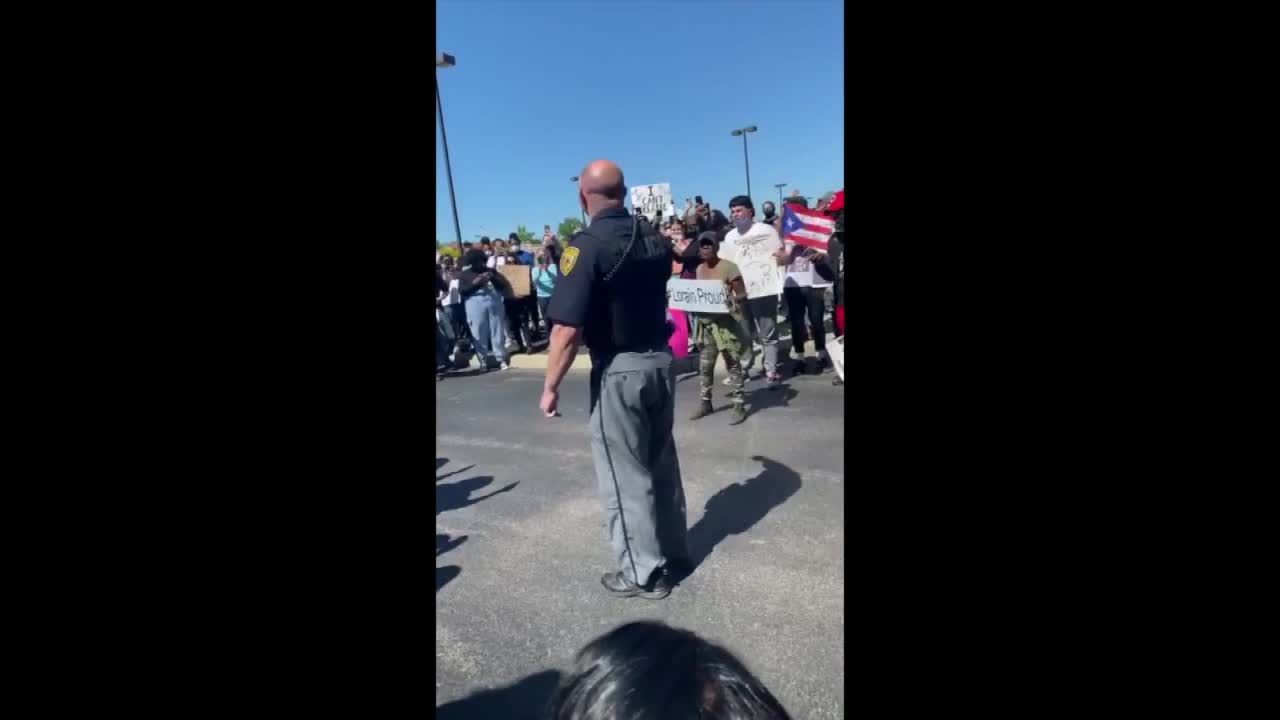 During a peaceful protest against police violence and racial injustices held in Lorain Sunday, a Lorain police officer who was joined in the demonstration announced the department’s dedication to ensuring police brutality does not happen in their community. (Video courtesy: Ariana Hall, @jushiejush) 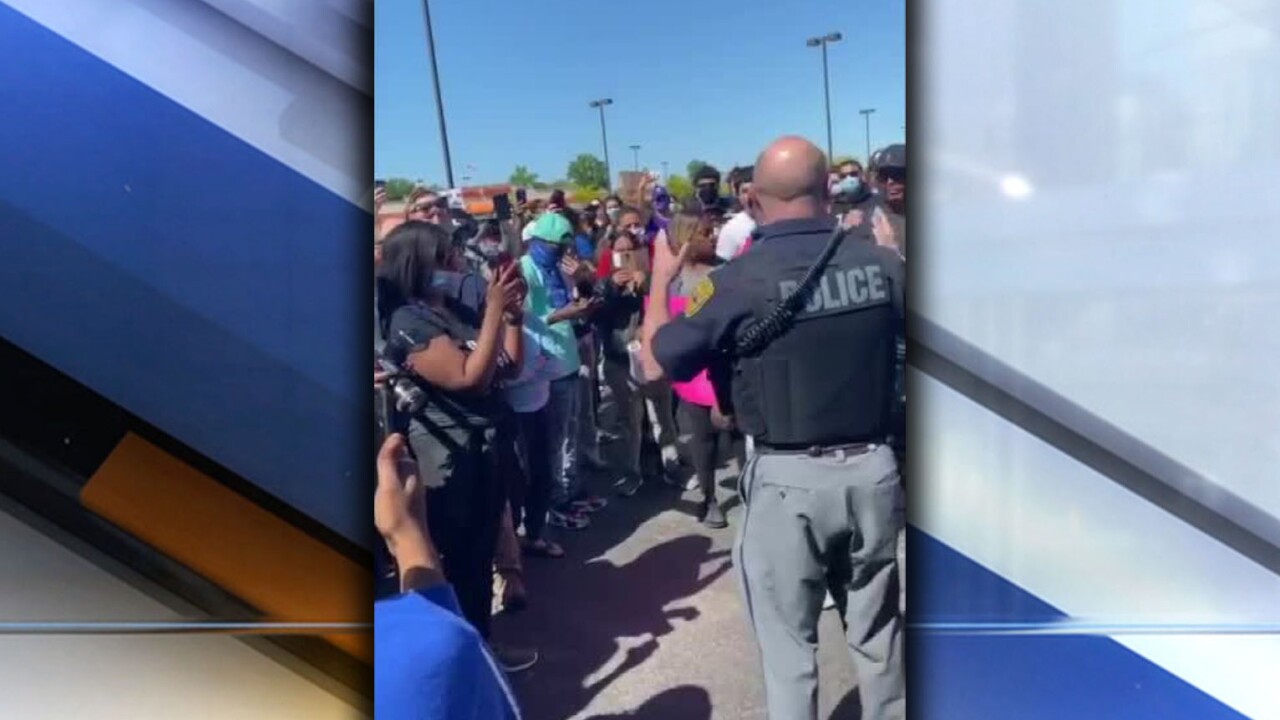 LORAIN, Ohio — During a peaceful protest against police violence and racial injustices held in Lorain Sunday, a Lorain police officer who joined in the demonstration announced the department’s dedication to ensuring police brutality does not happen in their community.

The officer announced changes the Lorain Police Department has made, effective immediately, including a civilian “use of force advisory board” made up of diverse individuals that is being created in order to review all police use of force in the city.

The officer also said the department has made plans to get out into the community and listen and connect to its residents and what they need from those sworn to protect and serve them.

You can watch the video in the player below:

“So we can connect, so we can understand, so we can better serve you,” the officer said. “It doesn’t end here—so that we can stand united like this.”

The officer then listened as a demonstrator asked for permission to speak and expressed what he believes the black community needs from officers in order to see effective change.

The demonstrator passionately shared his voice as the officer continued to listen, even when the conversation got heavier.

"I want to connect, I want to hear your voice," the officer said.

Ariana Hall was among those at the demonstration and captured the video of the officer.

“I’ve always talked about wanting police officers to be more active in our community, but to see the officers fulfill that dream gave me so much happiness,” Hall said.

Hall said the protest in Lorain was unified and diverse and it “felt like family.”

"I didn’t know anyone but it felt like family. I felt safe and heard,” Hall said. “There were police officers walking with us and I’ve never seen so many people of color and police officers joining together for a great cause.”

On Sunday afternoon, the Lorain Police Department and Chief of Police Jim McCann issued a statement in regards to Floyd's death and police violence.

As the chief of police in Lorain, and as a 28-year law enforcement veteran, I absolutely condemn the actions of the four police officers in Minneapolis and I believe they should be subjected to the full force of the law.

The death of George Floyd was tragic and inexcusable. The men and women of the Lorain Police Department stand with those who wish to peacefully protest against the use of unnecessary, brutal force against any citizen, and we stand ready to support and join you in your peaceful protest.

McCann said that the Lorain Police Department "respects this time for our community to express their grief, anger and frustration" but asked demonstrators to not resort to violence.

We look forward to standing with you protesting this and other injustices and at the same time serving and protecting our community by ensuring your right to peacefully protest.

McCann ended the statement by saying he hopes that the death of Floyd can serve as a beacon of justice and that it will be the catalyst for his department and departments across the country to "better serve the diverse community of their cities."

Hall said although she's tired of the systematic oppression and abuse of power, she's hopeful for change.

“It feels like we’re taking back our power and finally feeling justice,” Hall said.

News 5 has reached out to the Lorain Police Department for more information regarding the changes being implemented and are waiting to hear back.