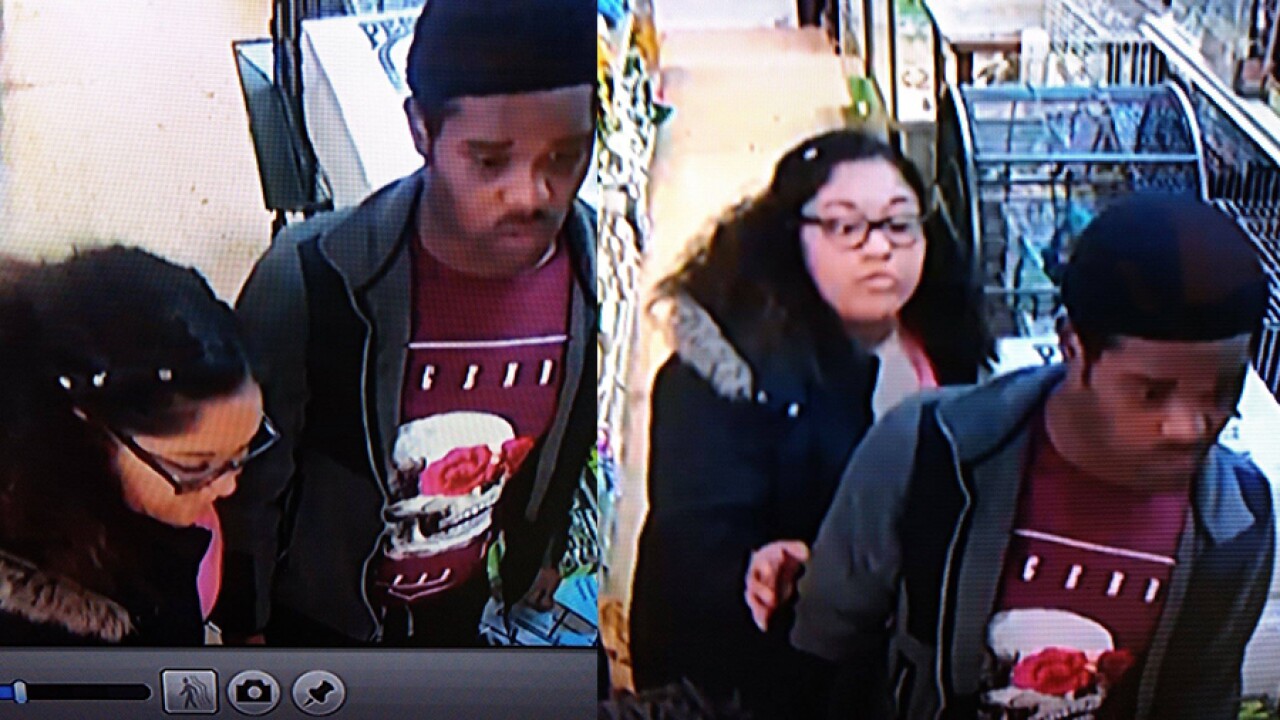 ELYRIA, Ohio — The Elyria Police Department is investigating a case of ferret theft.

The ferretnapping happened around 6 p.m. on Tuesday at Best in Pets on Abbe Road, according to a police report.

A man and a woman walked into the store, browsed a bit and then picked up a tan ferret from a bin. The man held the ferret for a moment and then hid the critter inside the woman's purse, authorities said.

The couple walked around the store with the concealed ferret and then left the store in what appeared to be a Buick Regal sedan, authorities said.

Store employees were only made aware of the incident after they reviewed security camera footage.

Anyone who recognizes the man and woman in the photo is asked to call the Elyria Police Department at 440-323-3302.