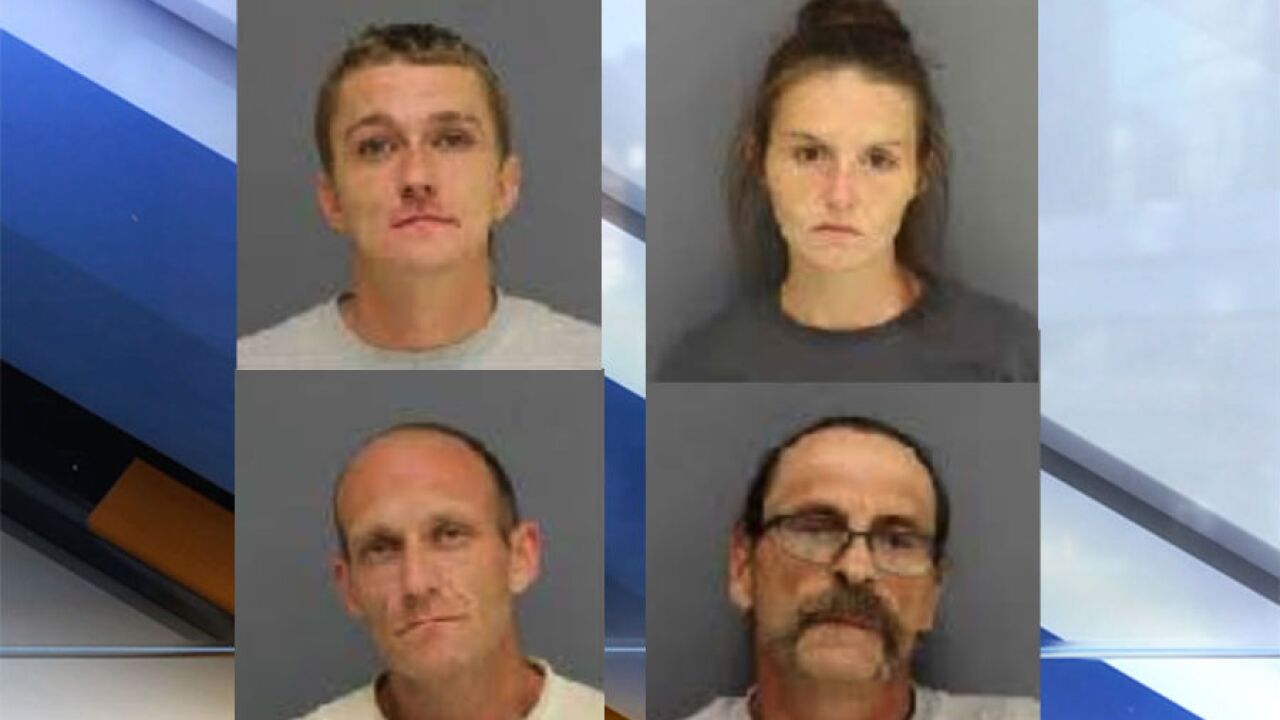 MEDINA, Ohio — Four Medina residents have been charged for their roles in a drug trafficking case, according to the Medina Police Department.

Authorities had received complaints regarding drug trafficking from a home in the 300 block of Foundry Street and ordered a search warrant following an investigation of the home.

During the search, officers and agents found suspected methamphetamine, opiates and drug paraphernalia. They also seized property believed to have been stolen from a business in Medina, police said.

Al four individuals have been charged with one count of possession of drugs, a fifth-degree felony.

The Medina Police Department said it was committed to removing drug traffickers from its neighborhoods and credited the vigilant citizens for seeing something suspicious and reporting it.