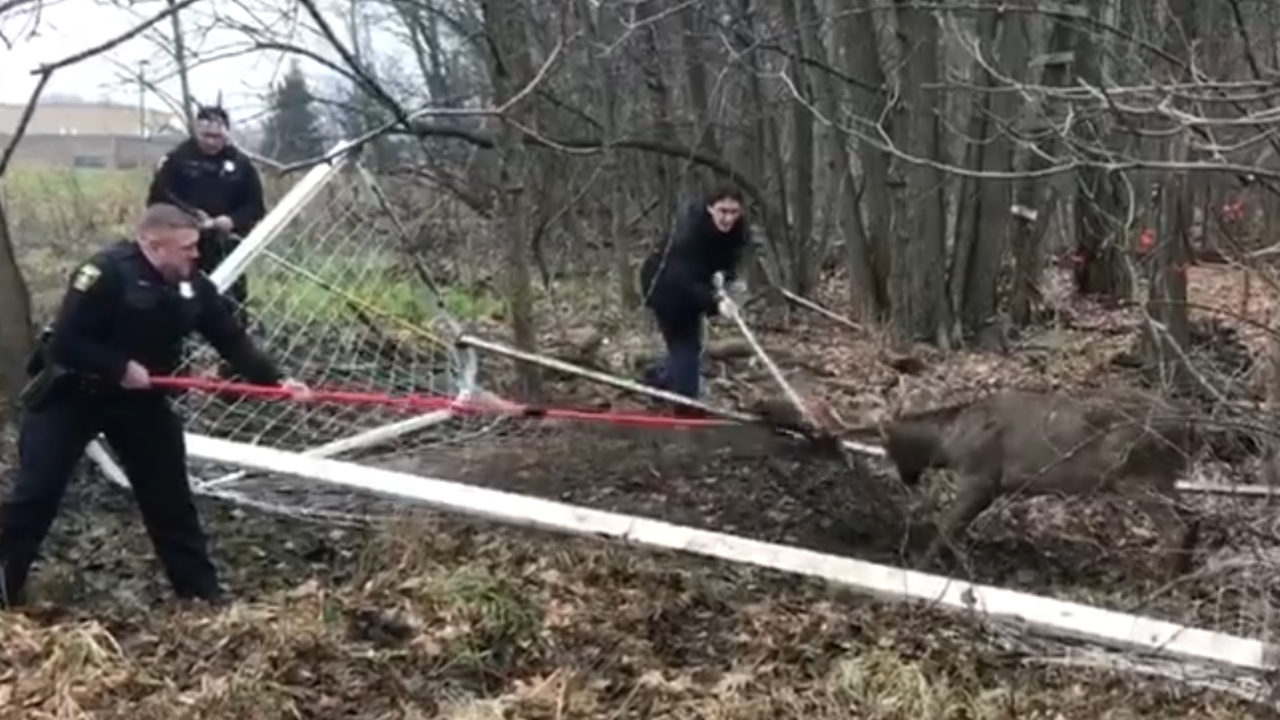 BRUNSWICK, Ohio — Brunswick police posted this video of an animal rescue conducted by two of their officers early Saturday morning:

Brunswick Division of Police received a call from a resident who spotted a deer that had it's antlers tangled in soccer netting, police said.

Animal Control was unavailable so officers were dispatched to the scene. Residents in the area assisted the officers, according to police.

The police and the residents used limb trimmers and a saw to try to hack away at the net. Officers were able to free the deer, but as it tried to flee, it became entangled in another net.

Police were able to free the deer and it escaped unharmed.