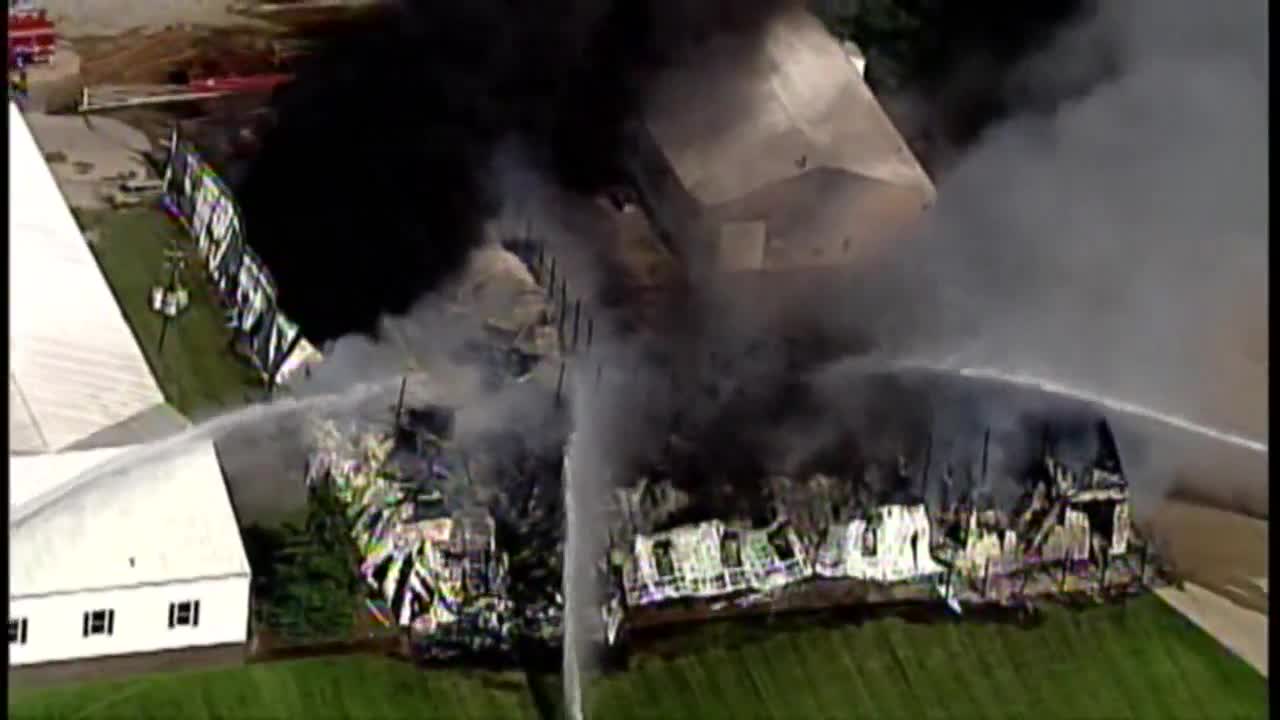 A building at a Valley City industrial complex was gutted by fire Tuesday.

LIVERPOOL TOWNSHIP, Ohio — A building at a Liverpool Township industrial complex was gutted by fire Tuesday.

At around 3:30 p.m. Valley City firefighters responded to Hy Production in the 6000 block of Grafton Road in Liverpool Township.

A plume of smoke could be seen miles away. The smoke cloud was so large it showed up on weather radar.

Firefighters said the building was a total loss. The cause of the fire is still under investigation.

Authorities didn't say if any injuries were reported.