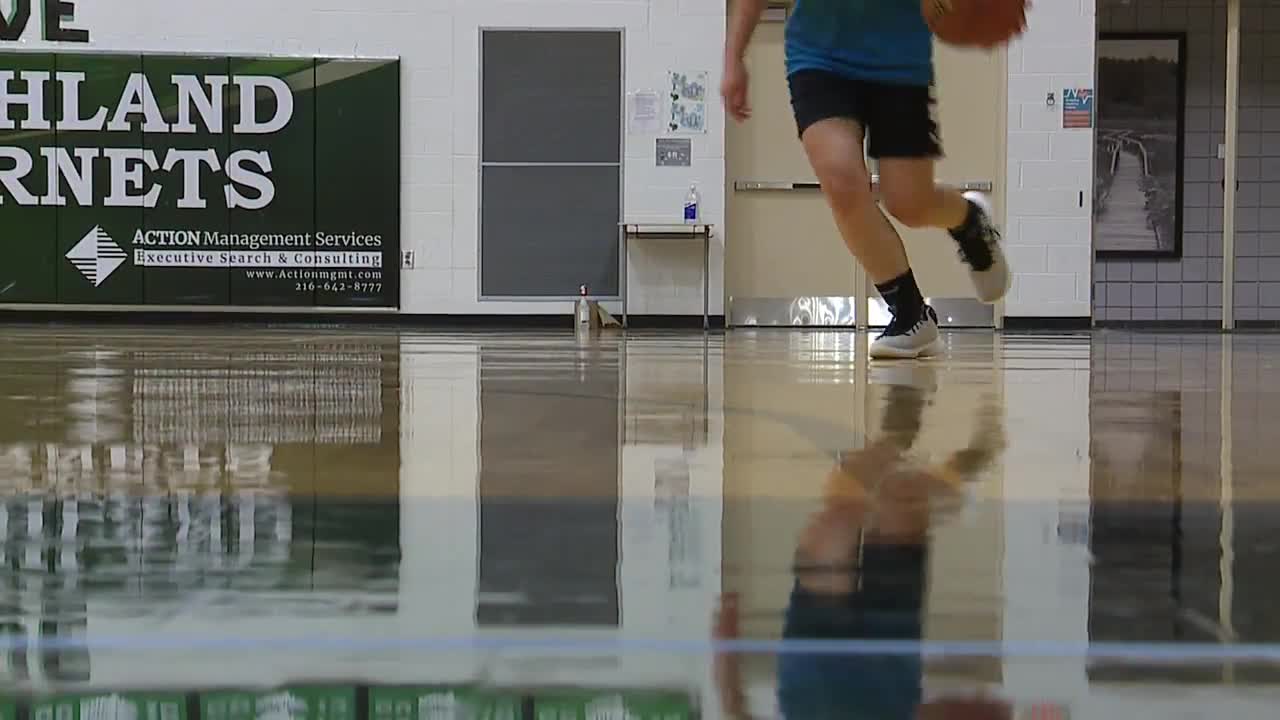 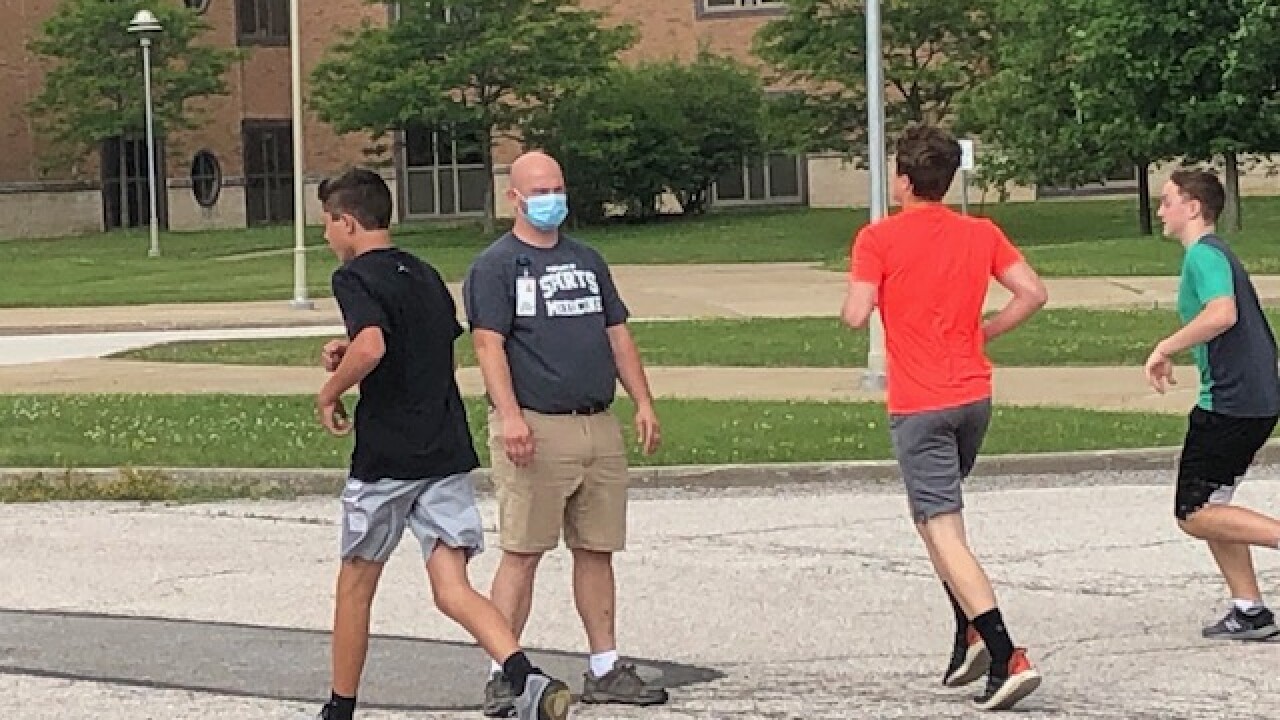 HINCKLEY, Ohio — Athletic trainer Mike Johnson believes people in his line of work must learn to be a "jack of all trades."

Johnson, an employee of Akron Children's Hospital, is contracted by the Highland School District to help about 700 high school athletes. The hospital has athletic trainers in about 30 local districts.

As the Highland teens gradually ease back into summer training-- with social distancing measures in place-- Johnson is keeping a close watch to make sure the kids don't show any symptoms of the coronavirus.

"If a kid says I'm not coughing but then mid-session they start coughing and the coaches are concerned about that, I'm that medical point person for them here," Johnson said.

Athletes check their temperatures daily at home before arriving on school grounds where coaches ask them health questions.

Johnson tries to interact with as many kids as possible during their cool down periods to make sure they're feeling okay.

"The key is we're not taking any chances right now," Johnson said. "We're willing to sacrifice this one workout or a week's worth of workouts so that we don't risk the whole population."

Maddie Miller, a junior on the Hornets basketball team, is grateful to be back in the game but said some of the restrictions placed on the team have felt odd.

For example, during phase one of conditioning, only one teammate can touch a basketball so that it reduces the potential of germ contact.

Miller said she appreciates the extra layer of protection offered by Johnson, but added it took some time to get used to the adjustment.

"It's just weird that their job now is to make sure we're not spreading the virus. Usually, they're just for injuries or if we're hurt," Miller said.

Johnson said unless there is a spike in COVID-19 cases, Highland athletes will move into phase two next which will allow for groups of 50 to get together outdoors.

Two weeks after that phase three would start.

"For a lot of our sports, when we get to phase three, it's going to be business as usual," Miller said.

Johnson is hopeful that all of the precautions taken over the summer will allow kids to play sports in the fall.

"I'm very optimistic, but also cautiously optimistic because a lot can change within the next week or two."