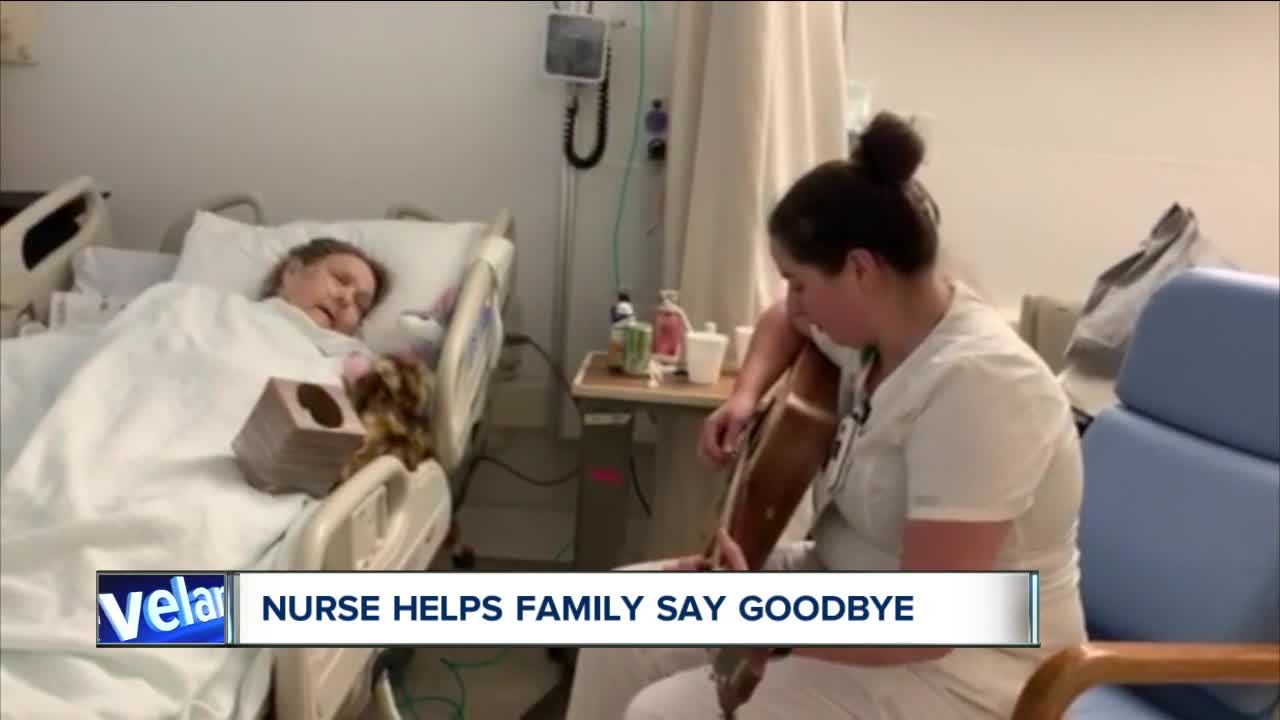 The final days of someone’s life are never easy, but a nurse at Cleveland Clinic Medina Hospital went above and beyond to give one last surprise to a patient being moved to hospice care. 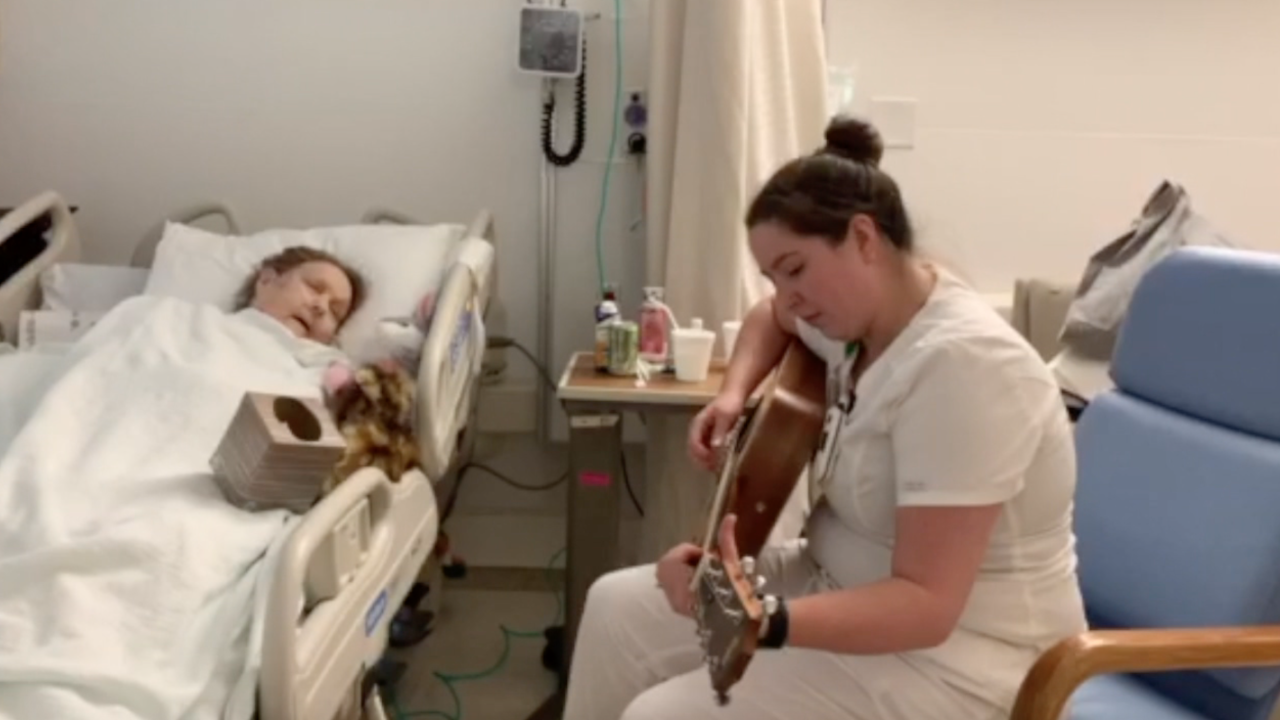 MEDINA, Ohio — The final days of someone’s life are never easy, but a nurse at Cleveland Clinic Medina Hospital went above and beyond to give one last surprise to a patient being moved to hospice care.

One of Berg’s patients, Irene Rosipajla, was being treated at the hospital and her health was deteriorating. On Rosipajla’s last day at the Medina hospital before being moved to hospice care, Berg surprised her with a heartwarming gift.

Berg minored in music in college, where she learned the song “Goodnight Irene” on guitar. On the last day of Rosipajla’s stay at Cleveland Clinic Medina Hospital, Berg performed the song for Rosipajla.

Berg said she got the idea a few weeks before she surprised Rosipajla.

"One night when I was leaving I looked at her and I said goodnight Irene and I said 'Do you know the song?' and I sang a couple bars of the song, and she smiled and I knew then that I'd had this connection with her,” Berg said.

As Berg sang to Rosipajla, the whole room—filled with nurses, doctors and Rosipajla’s family—was moved to tears.

"There wasn't a dry eye in the house, it was just beautiful," said Michelle Naypauer, Rosipajla’s daughter-in-law.

Berg’s performance ended up being a final, peaceful farewell as Rosipajla was moved to hospice care. She died a few weeks later, at home with her family.

Berg was able to attend Rosipajla’s memorial, which her family said meant the world to them.

"In a world where it's so bad, this is just so wonderful. She's just our guardian angel," Naypauer said.