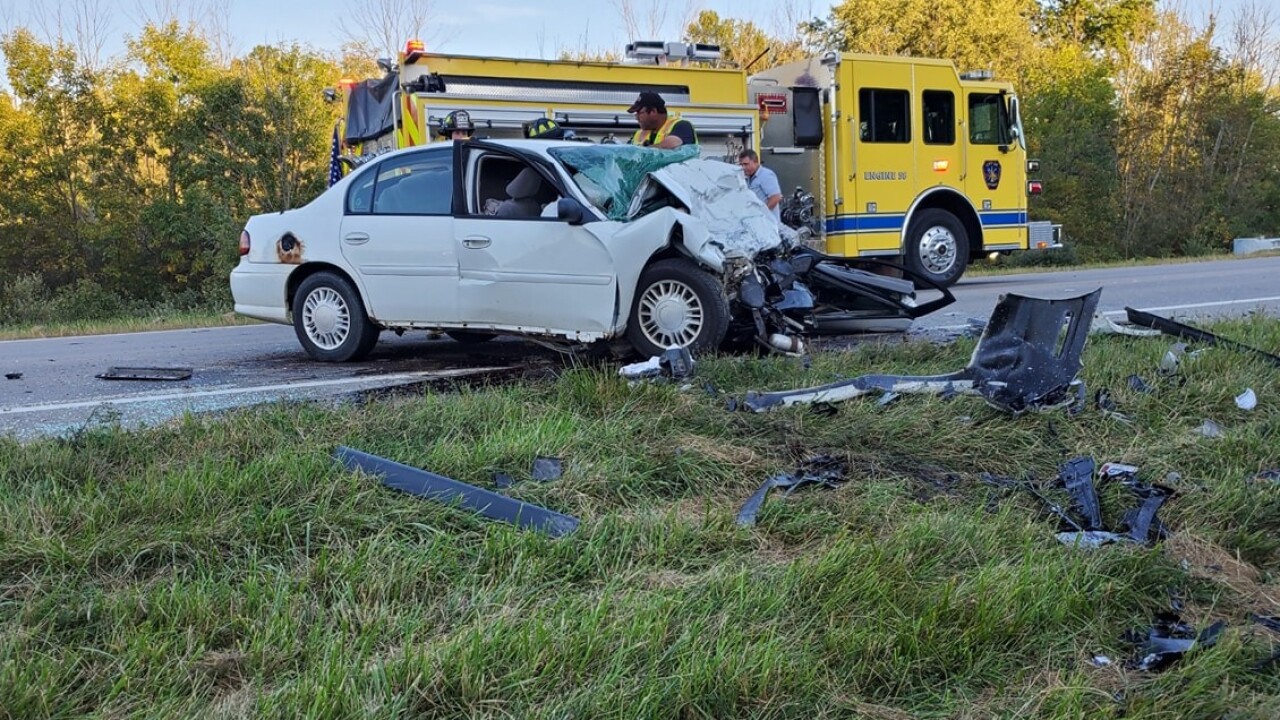 Around 6:50 p.m., crews responded to a crash on SR 57 at Sheets Road where they discovered a two-vehicle head-on collision.

Two individuals were injured in the crash. One of those individuals was trapped in the wreckage while the other was immediately transported to a trauma center in Akron, police said.

Crews worked for nearly 40 minutes to cut the vehicle away from the trapped individual. Once extricated, that individual was also transported to a trauma center in Akron, according to police.

The crash remains under investigation. Police are asking anyone who witnessed this crash or anyone with information regarding this crash call them at 330-925-8040.