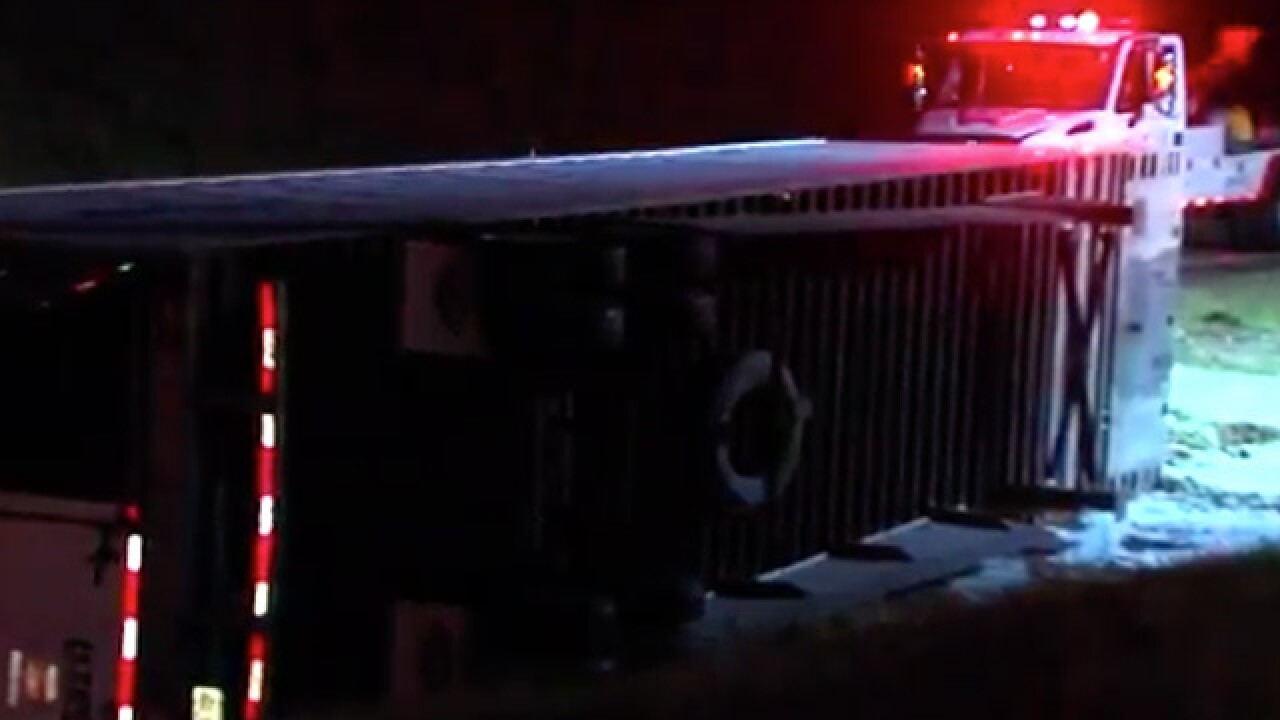 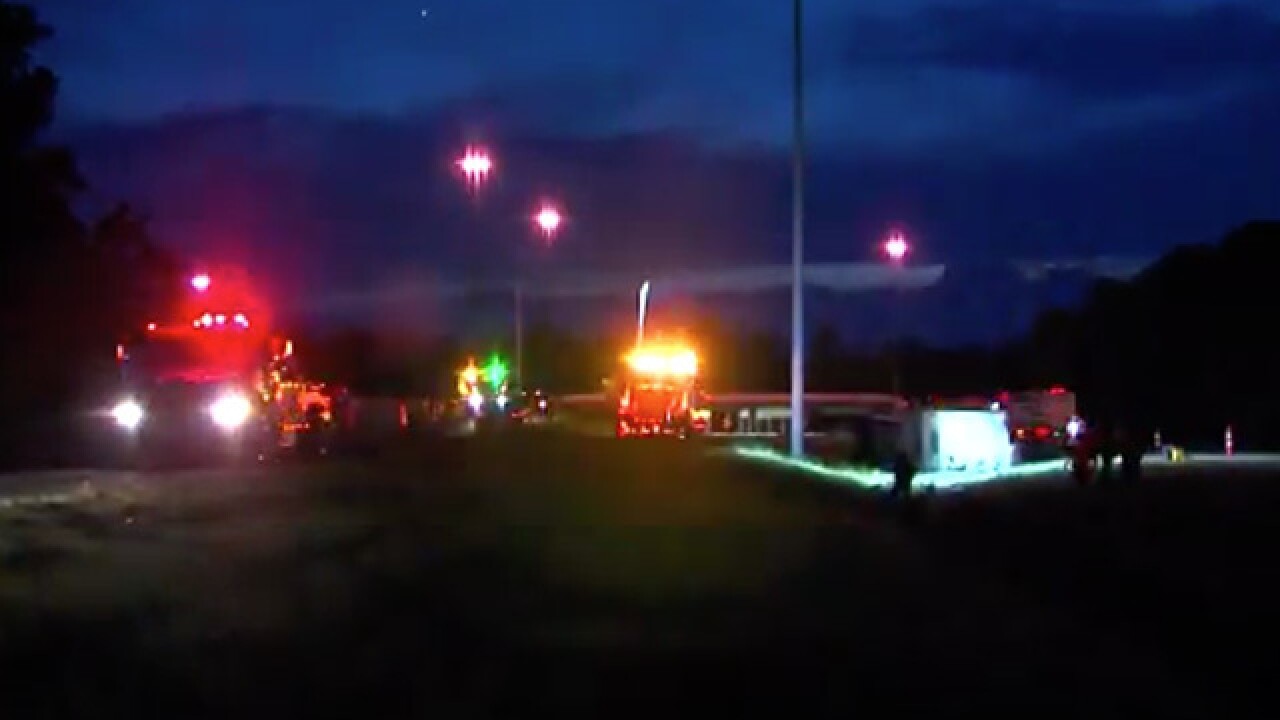 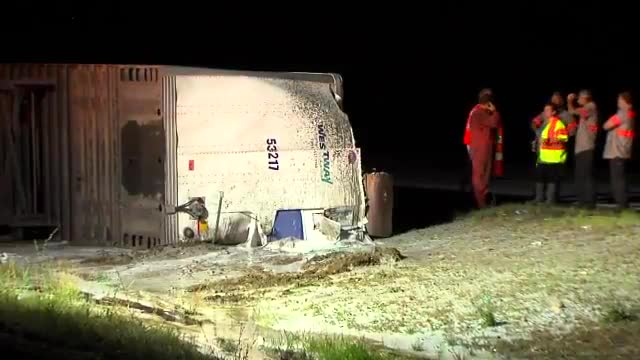 A semi carrying glue rolled onto its side on Interstate 271 northbound Tuesday night, injuring two people and closing two lanes, according to the Ohio State Highway Patrol.

The accident happened at the Interstate 71 northbound to I-271 on-ramp, authorities said.

Emergency personnel responded to the scene, and the two people who were in the semi's cab were taken to Medina General with minor injuries, according to troopers.

Authorities on scene said they were able to contain the glue spill.

Motorists may experience traffic delays as one lane remains closed in each direction.