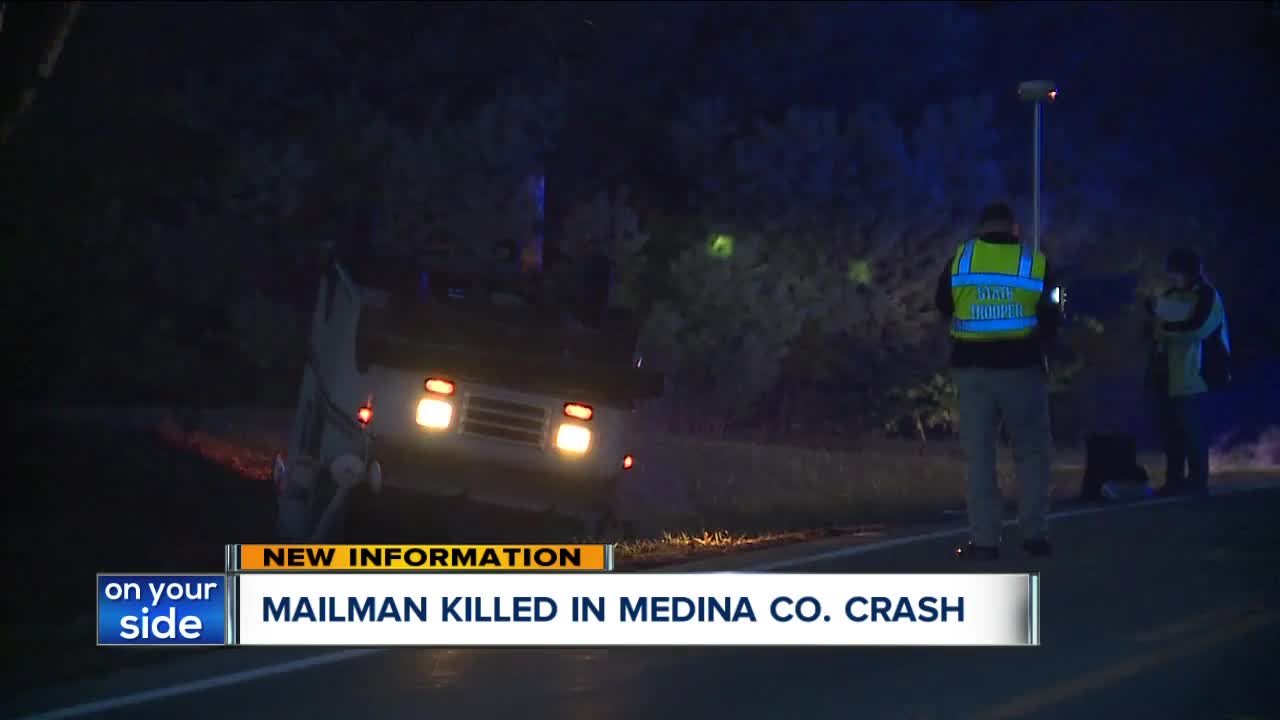 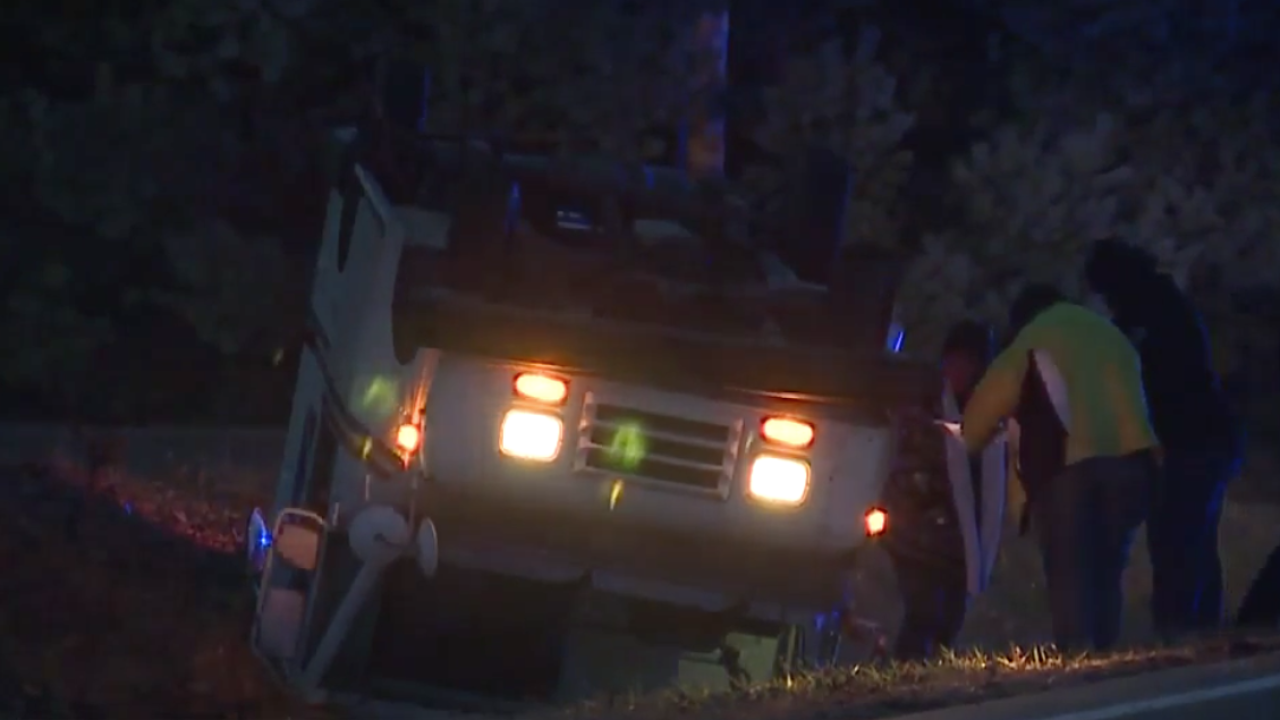 WADSWORTH, Ohio — The Medina Post of the Ohio State Highway Patrol is investigating a crash that killed a mail carrier in Wadsworth.

When Irwin was pulling back into traffic, he was rear ended by the woman, causing his mail truck to overturn and go off the roadway.

Irwin was partially ejected from the vehicle. He was pronounced dead at the scene.

The woman was transported to Summa Health Wadsworth-Rittman Medical Center with minor injuries. She was wearing her seat belt at the time of the crash, Irwin was not.