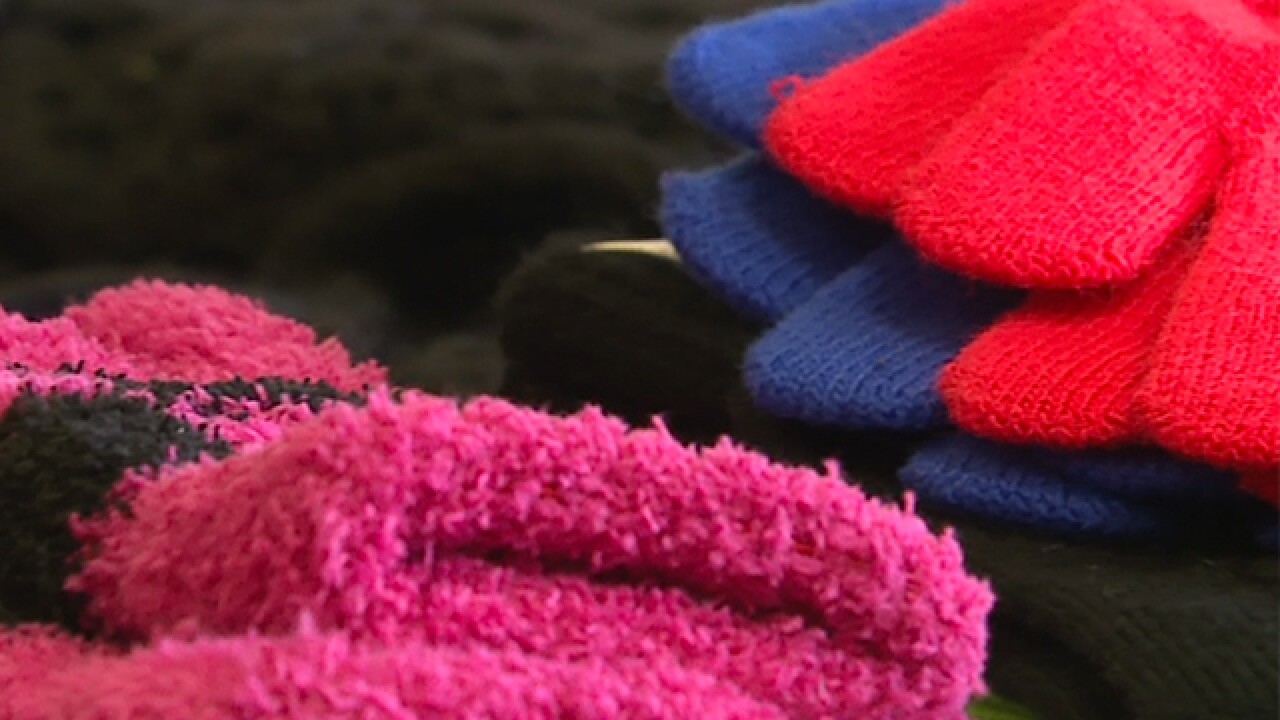 Stepping outside without the proper winter gear can be tough and sometimes dangerous.

Wind chills across Northeast Ohio have dipped well below zero for days. While the forecast is calling for relief next week, winter isn't over.

Hats, gloves, scarves and coats will be sticking around for the next few months.

Now businesses in Wadsworth want to make sure each and every kid in their community is equipped to handle whatever Mother Nature brings.

"There are kids that slip through the cracks," Scott Haley, the owner of Prelude Financial and Allergo Tax Solutions, said.

Haley began collecting winter items this week after he heard a young boy crying outside of his offices.

"If you would have heard the sound of his cry you would have thought he had been attacked or hit by a car," Haley recalled. "He was clutching his hands and shaking. He had a fall jacket on, maybe a cheap pair of gloves. Not clothing that you would think would be appropriate on a day that was six degrees."

Haley knew he had to do something. So, he posted about the interaction on Facebook letting parents know there would be hats and gloves at his business if anyone was in need.

The post took off and he began collecting items throughout the week.

But it's not stopping there.

Haley is now planning to partner with local businesses in downtown Wadsworth making sure each business has at least two pairs of hats and gloves at all times for any child in need.

"I want everybody to know that Wadsworth cares." Downtown businesses care about our kids. We are that village that's helping out."

Haley also said he's reached out to the Wadsworth School District. Any coats that have been donated will go to one of the school's counselors and they will hand them out to those in need.

If you'd like to donate, you can drop items off at Prelude Financial, or Allergo Tax Solutions, both located at 137 College St., Wadsworth.