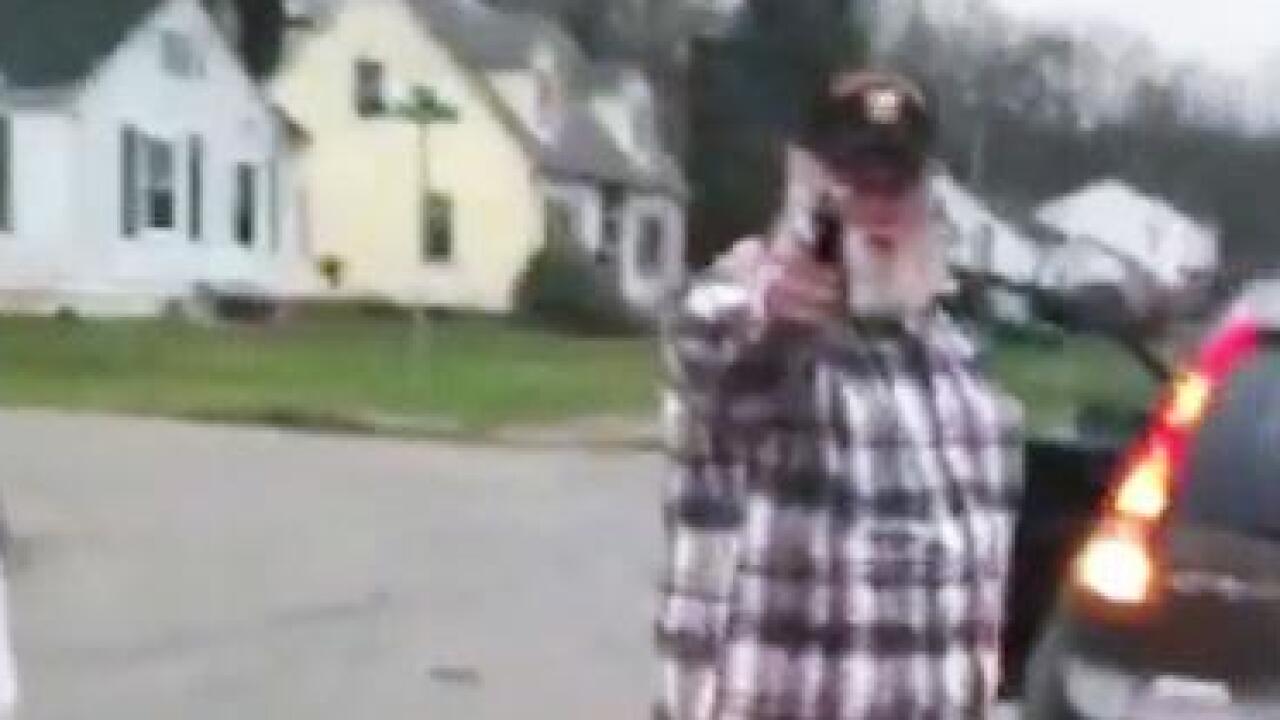 RAVENNA, Ohio — A 69-year-old Ravenna man was arrested and charged after pointing a gun at two men during an apparent road rage incident that was caught on video earlier this week.

Harold Oblinger was charged with aggravated menacing after he pulled a gun on two men in a car behind him and pointed it at them during a heated argument on the side of the road in Revenna, according to News 5 media partner the Record-Courier.

Brandon Lucas, the passenger behind Oblinger and his wife, recorded the interaction on his phone. It all apparently started with Oblinger’s wife, the driver of the car ahead of Lucas, stopped for an extended period at several stop signs.

“They didn’t shoo us, they didn’t put their hand out of the window” to indicate we should pass them, Lucas told the Record-Courier.

Lucas’ friend, the driver, honked at the car ahead of him, the Record-Courier reported. That’s when Oblinger and his wife got out of the car and began to argue with them. During the exchange, Oblinger pulled out a gun and pointed it at Lucas and his friend.

After Lucas’ friend said they were calling the police, Oblinger flashed a badge at the two men and said, “say ‘hi’ to the police.” Ravenna police Captain Dave Rarrick told the Record-Courier he didn’t know what connection Oblinger had to the department.

Oblinger was arrested by Ravenna police for menacing shortly after the incident on Wednesday and was taken to Portage County Jail. He pleaded not guilty and was released on a $10,000. He was also ordered not to have contact with the men involved in the argument.