Augmented reality will transport users to time and place of Kent State shooting on May 4, 1970 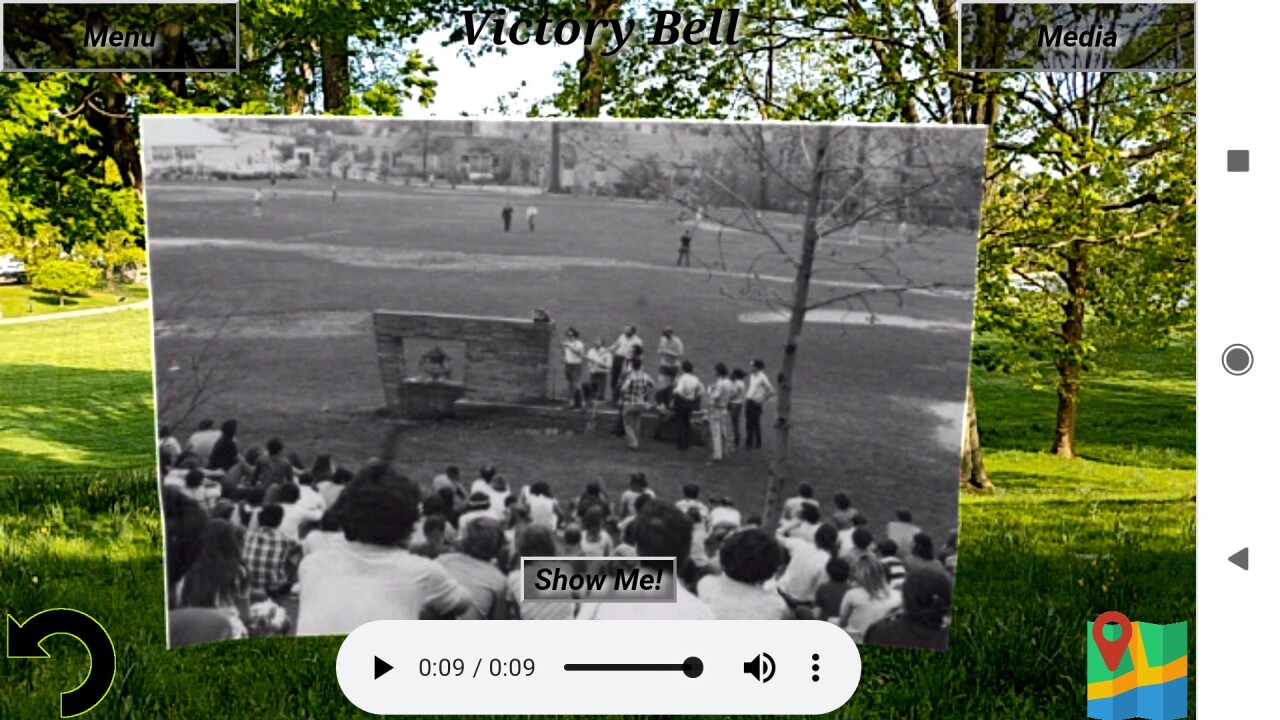 Augmented view of the Victory Bell at Kent State on May 1, 1970.jpg

KENT, Ohio — Kent State University will use grant money to launch an augmented reality experience to commemorate the deadly events on May 4, 1970, when an Ohio National Guardsmen opened fire on Kent State students protesting the U.S. invasion of Cambodia during the Vietnam War, killing four and wounding nine people.

Kent State received a $175,000 grant from the National Endowment for the Humanities (NEH) to launch an on-site reality experience that will allow users to visit the time in history by putting them in the landscape of the campus, exactly as it was on May 1 through 4, 1970.

The technology will deliver historical content to the user on a mobile device, according to a user’s specific locations. A previous 2018 grant allowed researchers to develop a prototype of the augmented reality experience.

“We know there is value in being able to learn from history; however, it is not always easy to step back and look through the eyes of someone who lived through an event that happened 50 years ago,” Richard Ferdig, the primary investigator in the technology, said in a news release. “Drawing on the success of the initial prototype, the goal of this interdisciplinary team is to be able to let viewers experience the social, cultural and political contexts that surrounded May 4, 1970.”

The team leading the project estimates the public will be able to try out the technology for the 50th commemoration on May 2020.

RELATED: Nearly 50 years later, a woman has dedicated her life to remembering the Kent State shooting