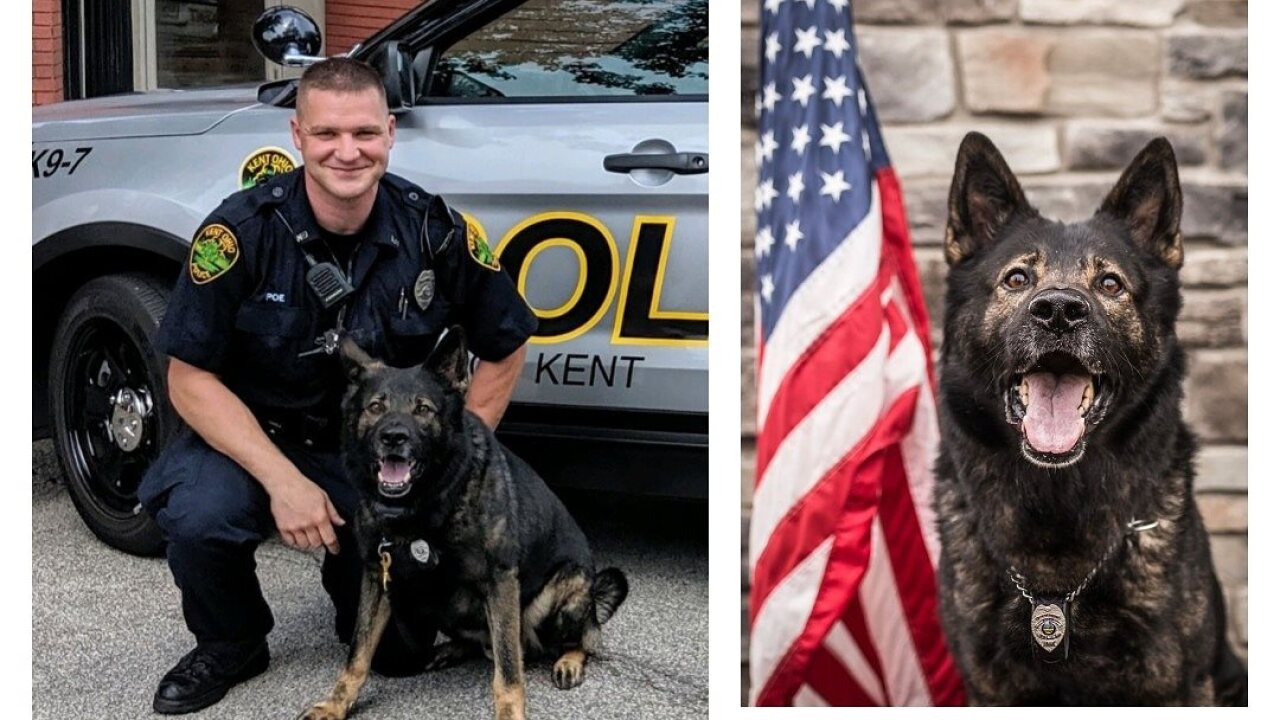 K-9, who was imported from the Czech Republic in 2014 by Al Gill of Von der Haus Gill German Shepherds, graduated from the K-9 academy in April of that year.

After graduating, he served the city of Kent until Sept. 2019. K-9 Iron had several successful tracks and narcotics finds over the course of his career.

He worked alongside his partner, Officer Poe, until January of 2019, when the two transferred to daytime duties. During his day shift, K-9 Iron often visited the elementary schools and was well-known and loved by students.

Since his much-deserved retirement, he’s enjoying time with his family.