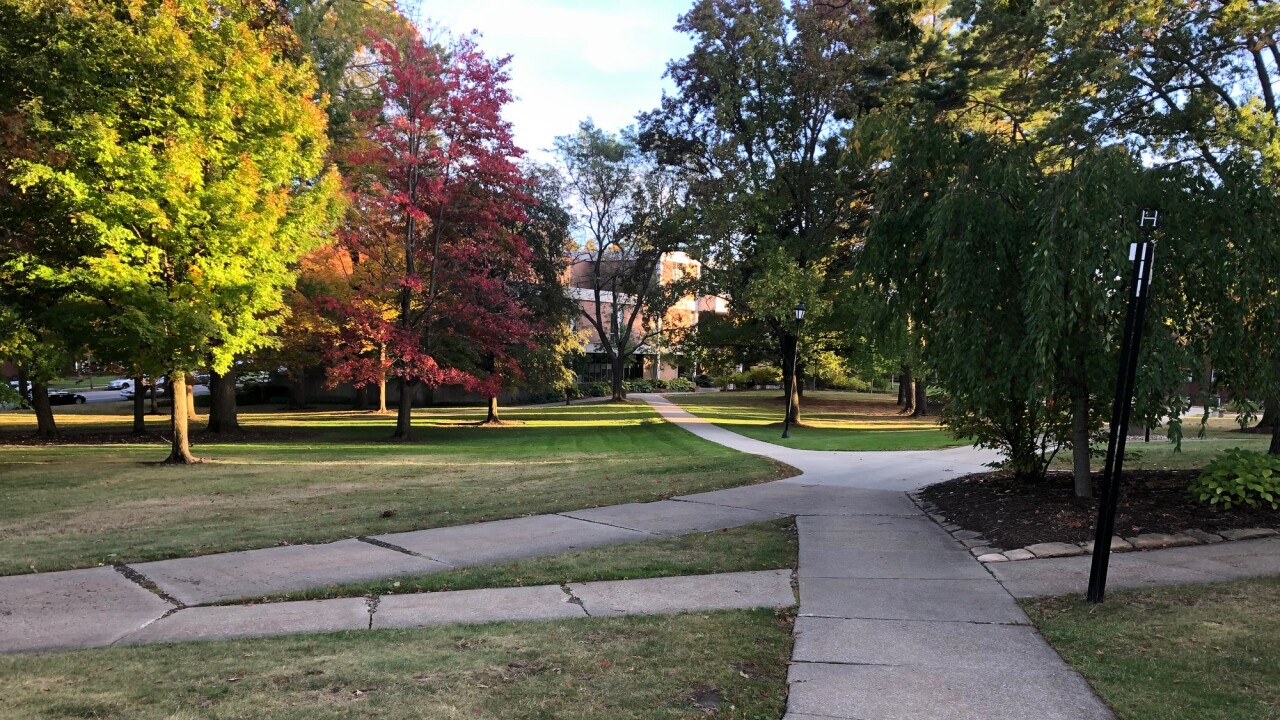 HIRAM, Ohio — A baby boy found dead in a trash bag inside a dorm bathroom at Hiram College in October 2019 was alive at birth, according to the Portage County Coroner Dr. Dean DePerro. The medical examiner has ruled his death a homicide, according to the coroner.

The coroner's report states the cause of death was determined to be asphyxiation due to exposure and postpartum inattention. The child's mother was identified by DNA, according to the coroner's report. No charges have been filed at this time.

On Oct. 18, 2019 a member of the housekeeping staff found a trash bag tied shut in the women’s restroom of Whitcomb Dormitory.

As reported first by News 5’s media partner The Record-Courier, the baby was alive for no more than an hour and was likely born on Oct. 19. The umbilical cord was still attached to the baby when he was found.

According to the police report, the trash bag contained what appeared to be a deceased infant, which was verified by a Hiram Fire Department squad member on duty.

At the time of his death, the school said it hoped those involved were getting the help they need.

"We're in a state of shock. We are mourning as a campus community. We're a small community, a very kind and caring one, so this has taken us by surprise and we are doing everything we can to restore a sense of health and good welfare for our students and our faculty and staff," the school's president, Lori Varlotta, said.