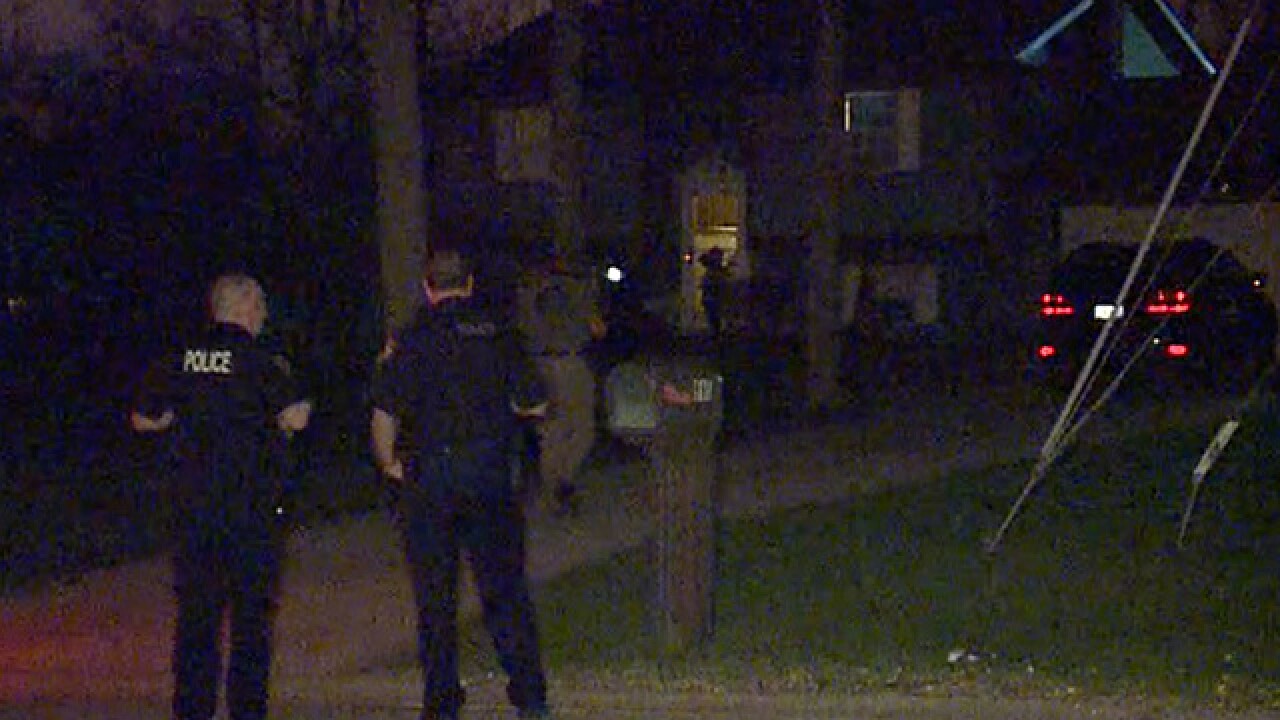 Copyright 2018 Scripps Media, Inc. All rights reserved. This material may not be published, broadcast, rewritten, or redistributed.
Scene of the home where an 11-year-old boy was shot and killed by his 13-year-old brother, according to police.

An 11-year-old boy is dead after being shot by his brother Monday night in Streetsboro, according to authorities.

Streetsboro police were called to 900 block of Alden Drive just before 10 p.m. for reports of a shooting.

Streetsboro Police Chief Darin Powers said an 11-year-old boy was shot by his 13-year-old brother in what "appears to be a premeditated act."

The 11-year-old boy was located in his bedroom, according to police. Authorities said the 13-year-old fled on foot and was located in a nearby area by officers at the residence.

The weapon used was a handgun that the 13-year-old stole from his grandfather's home, according to police.

The police department said paramedics took the 11-year-old to University Hospitals Portage Medical Center, where the victim was pronounced dead from a gunshot wound.

The 13-year-old brother was arrested and charged with aggravated murder and was taken to the Portage County Juvenile Detention Center.

It appears the 11-year-old boy was shot in the back, according to police.

Police have released the names of both of the brothers, but News 5 Cleveland is choosing not to publish them in print at this time.

Four days prior to the fatal shooting, Streetsboro police were called to the home on Alden Drive on April 19 for a woman reporting her 13-year-old step-son was "being unruly," according to the incident report.

While police were at the home, the 13-year-old made comments about wanting to harm himself. He was transported to a medical facility for evaluation.

Lieutenant Patricia Wain, of the Streetsboro Police Department, spoke to reporters on Tuesday about the fatal shooting.

"It doesn't happen here. It's traumatizing. A lot of our officers here have kids that age so to have to walk into that and see that and take that call, it's very difficult," said Wain.

SPD: Believe there is one other sibling, but was not home at the time. Aren't releasing information about parents whereabouts. @WEWS pic.twitter.com/C13kBpRiyH

Wain said because the investigation is still in its early stages, it's unclear what led up the shooting.  Police believe the stolen gun from the grandfather's home was initially secured.

Last night we lost one of our 5th graders in a tragic incident. Grief counselors will be available at Henry Defer Intermediate and the Middle School. State testing at those buildings is cancelled for today.