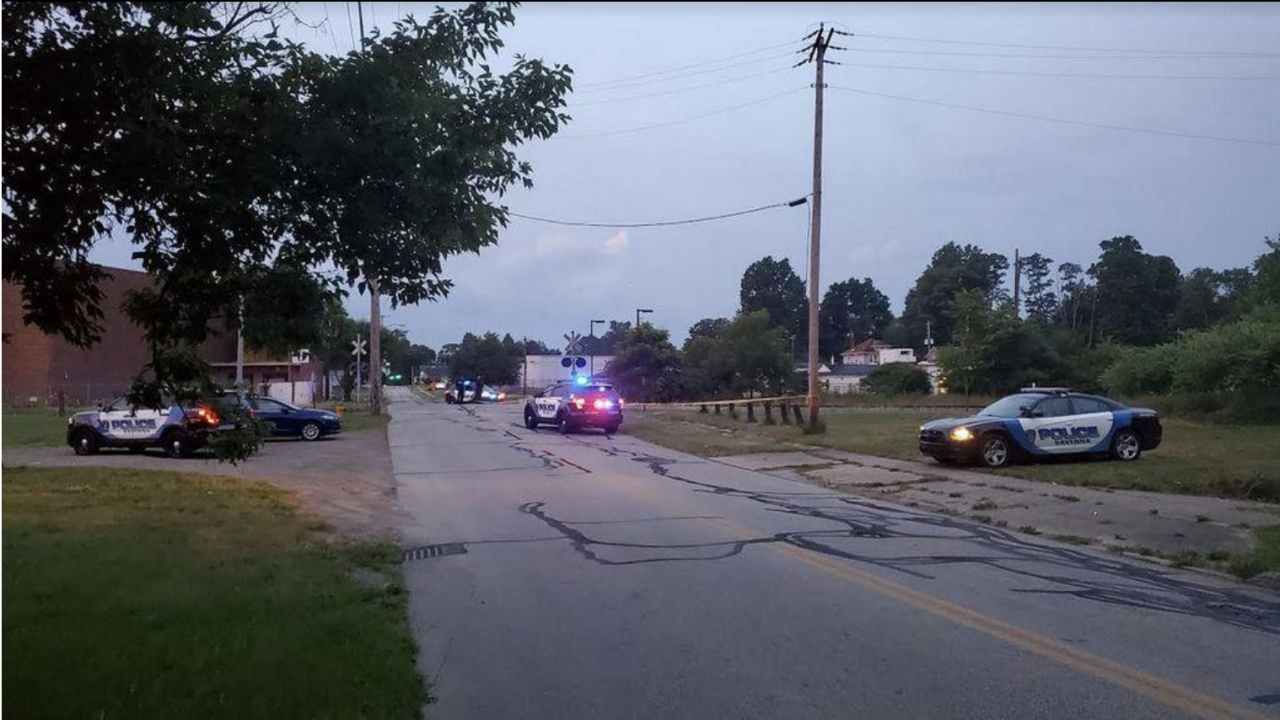 Photo courtesy from media partner: Eric Marotta, Record-Courier.
Police cordon off a section of Diamond Street, where the Portage Hike and Bike Trail crosses. Shell casings believed to be left after someone shot at officers during a traffic stop were found in the vicinity.

RAVENNA, Ohio — Multiple shots were fired at Ravenna police officers who were conducting a traffic stop early Thursday morning in the area of Oakwood Street, the department confirmed in a release.

Just after 2 a.m., police officers stopped a vehicle in the 700 block of Oakwood Street for an equipment violation.

During the stop, the driver was ordered out of his car. A few minutes later, police said multiple shots were fired in the direction of the officers.

The driver of the car was arrested on unrelated charges. Police said as of 10 a.m. Thursday, there are no connections between the driver and the shooter.

Officers from several agencies responded to the scene. Several shell casings were located near 350 Diamond Street. Officers secured the scene on foot and by using a UAV drone from the department.

Police have no persons of interest at this time. The scene is being processed by the Ohio Bureau of Criminal Investigation.

Anyone with information is asked to contact the Ravenna Police Department at 330-296-6486.