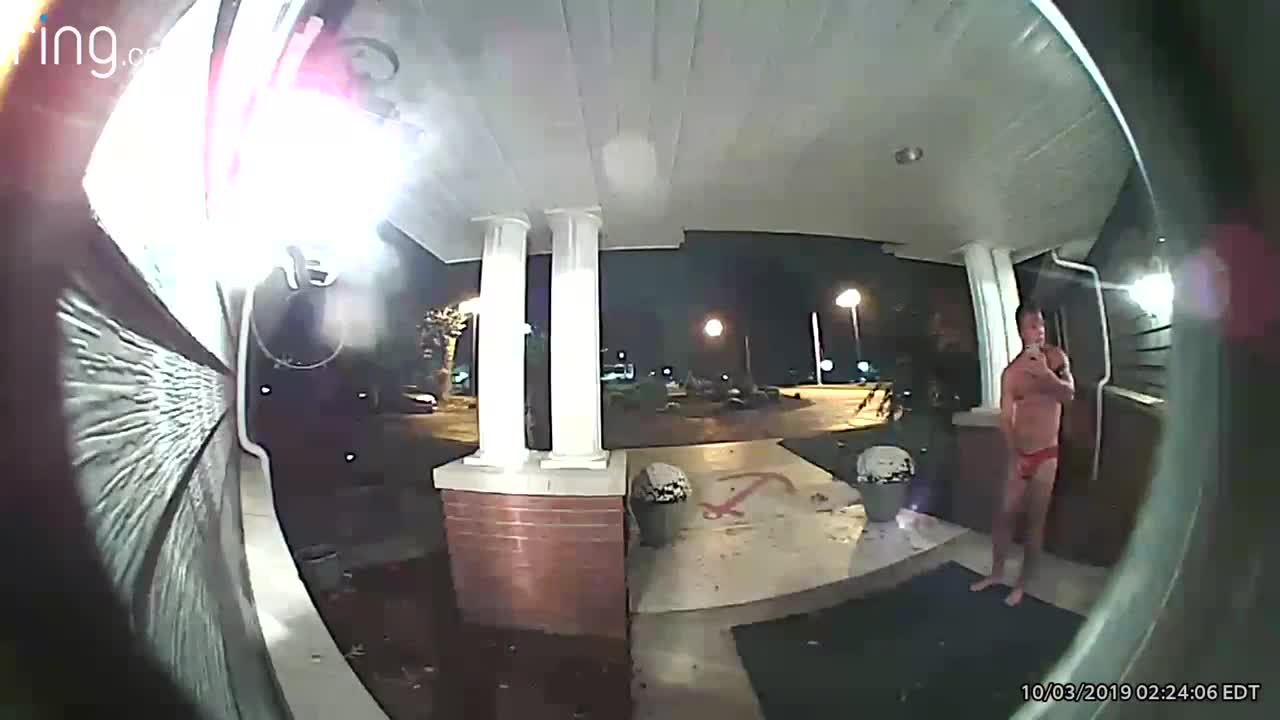 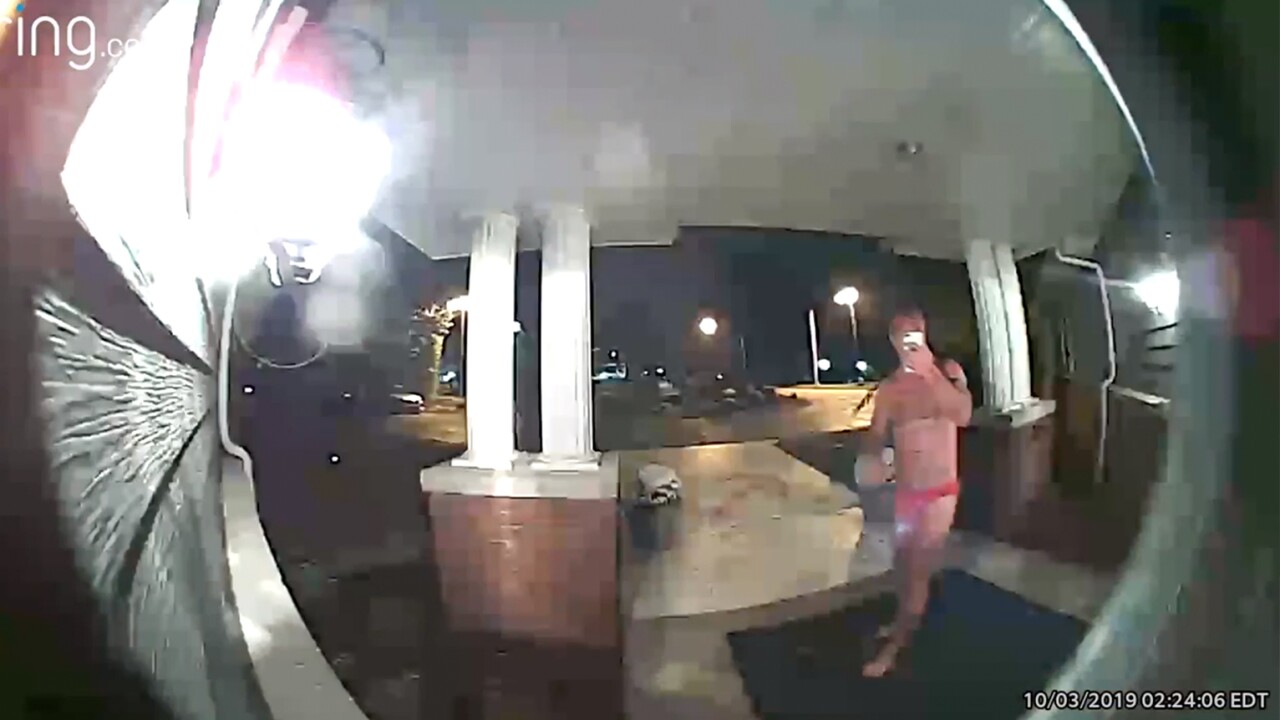 The video shows the man nearly naked wearing nothing but what appears to be a red Speedo while standing on the porch at Delta Gamma House around 2:24 a.m., according to Kent police.

The man can be seen holding a phone up to his face. Authorities said they believe that he may not be filming but talking with a female on FaceTime.

According to police, a similar incident occurred on Aug. 22 at the Alpha Phi sorority house. In that incident, the man had the word "LOSER" written across his forehead and "Laugh at me" written across his chest. A security camera caught the man on camera.

Police said they are still working to determine the man's identity.

Authorities are asking students and residents to stay alert and report any suspicious activity to police.