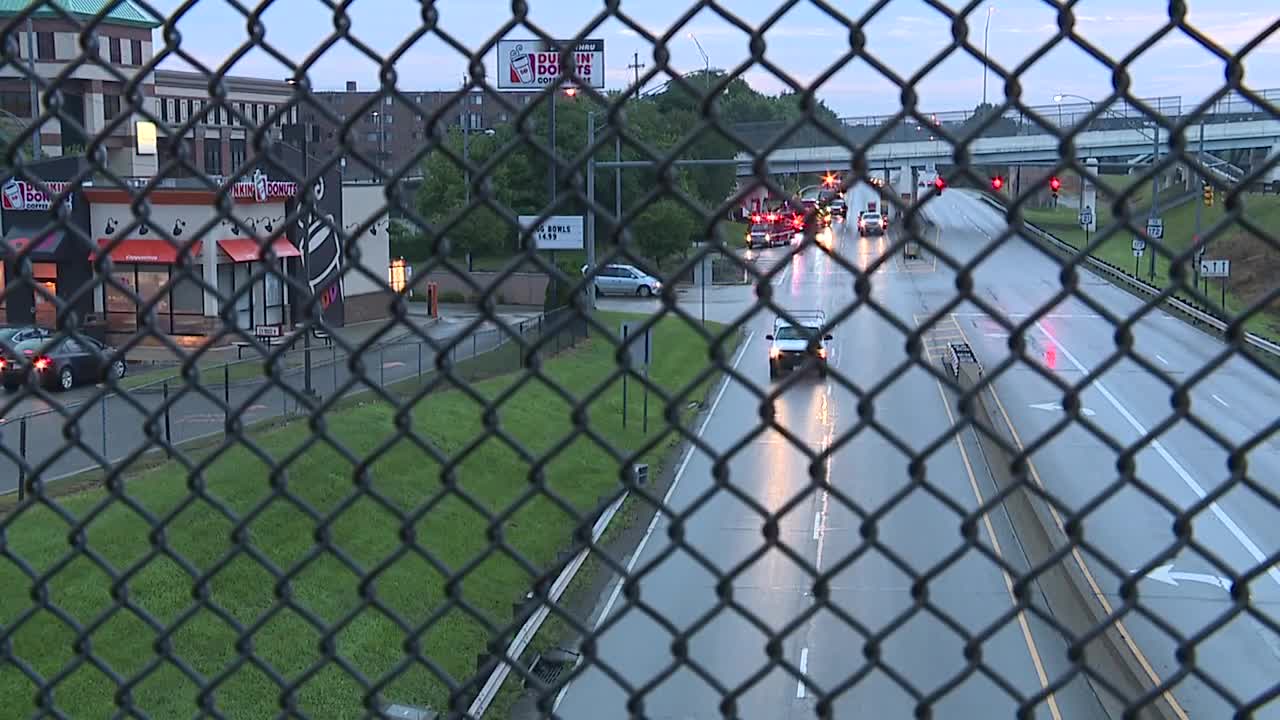 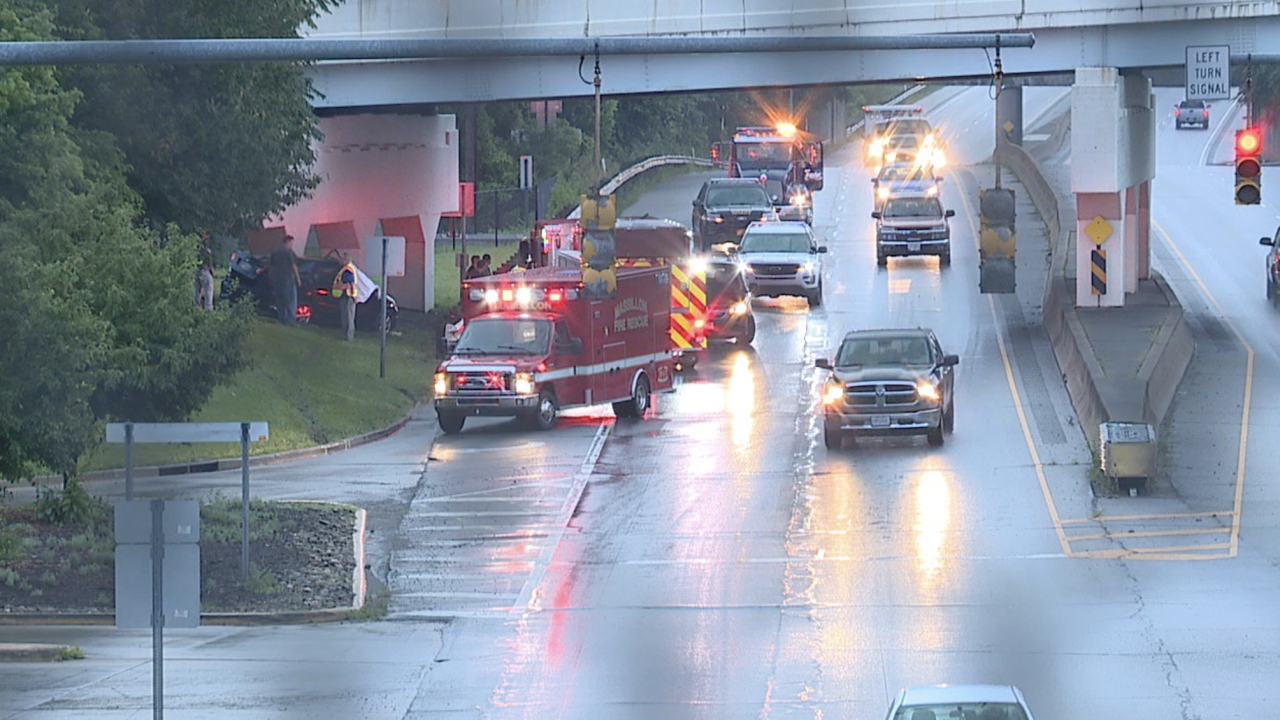 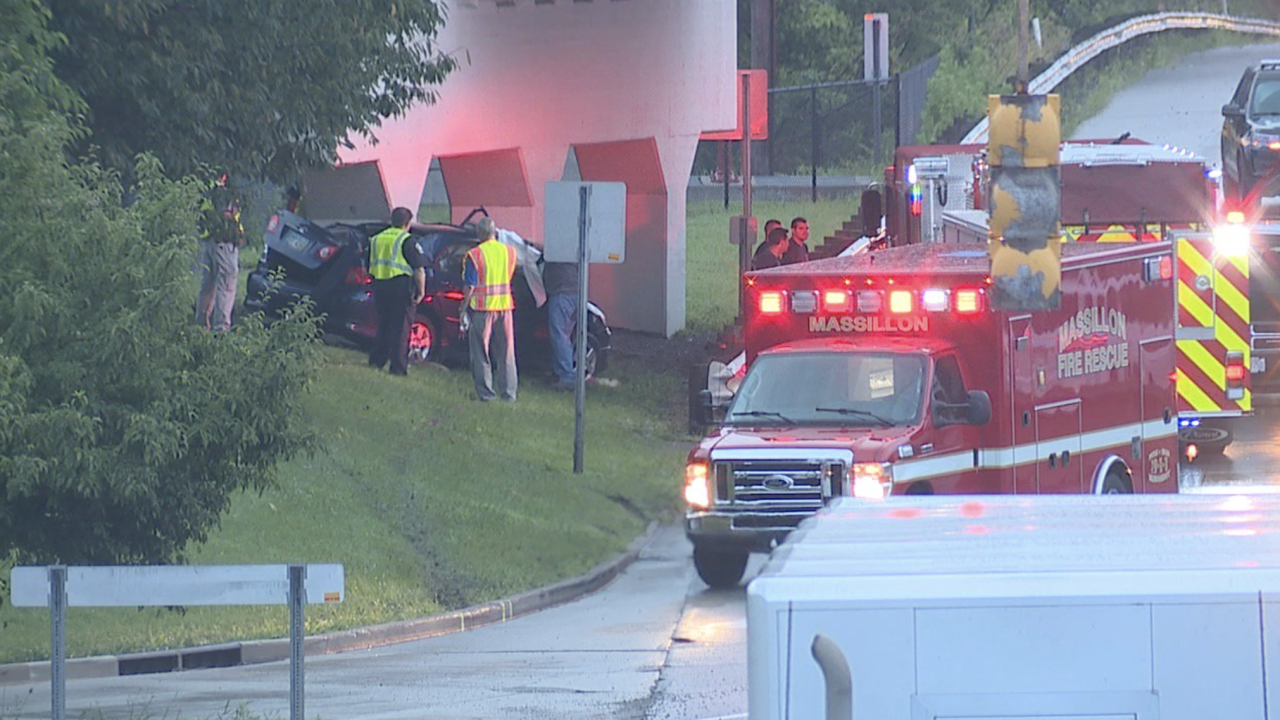 According to News 5 photographer Mike Vielhaber, there are marks in the grass suggesting the car was south in the northbound lanes when it hit the Tremont Bridge support.

The driver was on her way to work when she hydroplaned on wet roads, went left of center and into the northbound lane traveling up the embankment and hit the Tremont Viaduct abutment, according to the Canton Repository.

The crash happened at around 4 a.m.