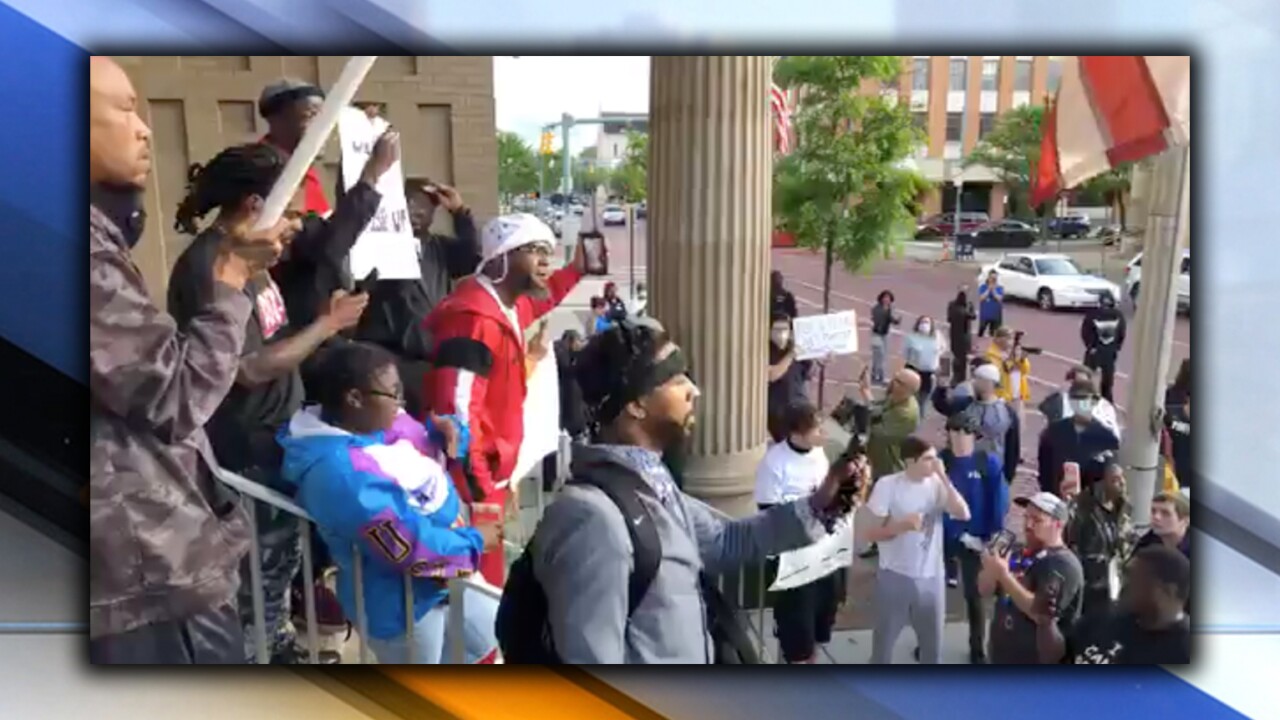 CANTON, Ohio — Residents who took to the streets Friday evening in Canton to protest the death of George Floyd and police brutality were met by police wearing riot gear, witnesses at the event told the Canton Repository.

Residents carried signs and repeated the words “no justice, no peace” as they walked through downtown. Others chanted “I can’t breathe.” Some knelt with their fists in the air, the newspaper reported.

As of Saturday morning, police have not issued a statement or made a comment regarding the protest, but eyewitnesses told the Canton Repository that at least two arrests were made and authorities used a "chemical agent" to disperse the crowd.

You can watch video from the protest in the player below: