Construction on the new Shearer's warehouse is making progress in Massillon 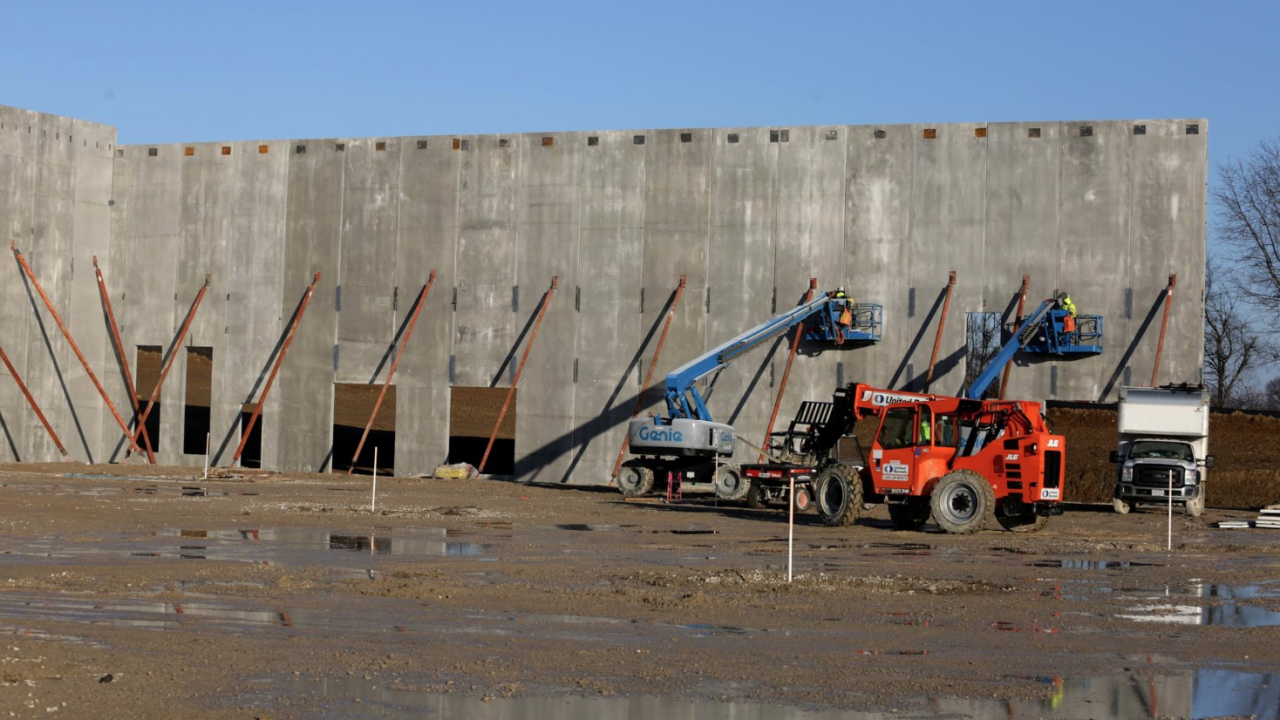 In November, crews broke ground on a $40 million warehouse along Millennium Boulevard SE for Shearer's Snacks, a local manufacturer and distributor of snack foods. The 700,000-square-foot facility will serve as the distribution center for the company's food products, such as kettle potato chips, tortilla chips, traditional chips, baked chips and more storage space for equipment, according to the Canton Repository.

Geis Construction, the company heading up the project, told the Canton Repository that, "Things are are going fairly well. We're putting up precast concrete walls and starting with structural steel (beams)."

Geis will lease the warehouse to the snack company once the project is completed sometime in August.

Shearer's is replacing its existing 560,000-square-foot facility on Erie Avenue to accommodate growth. Approximately 160 jobs are moving to the new warehouse in the summer.