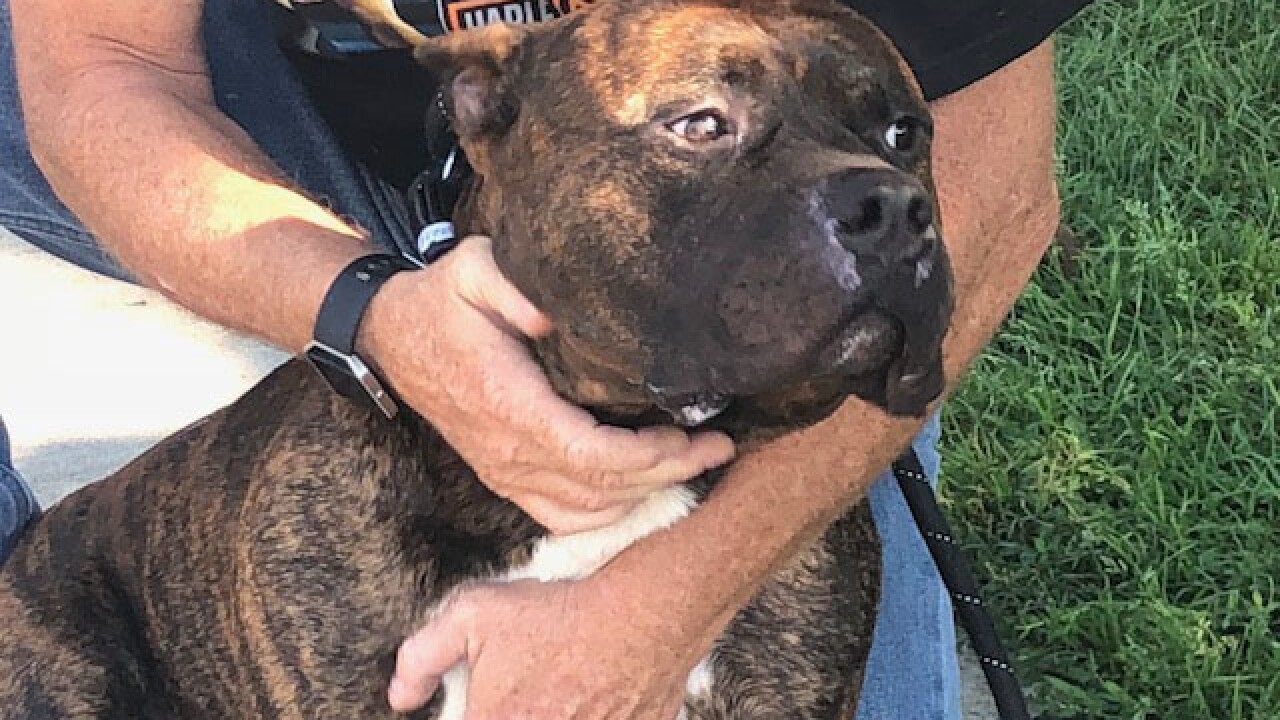 Copyright 2018 Scripps Media, Inc. All rights reserved. This material may not be published, broadcast, rewritten, or redistributed.
<p>(Source: Bob Jones)</p> 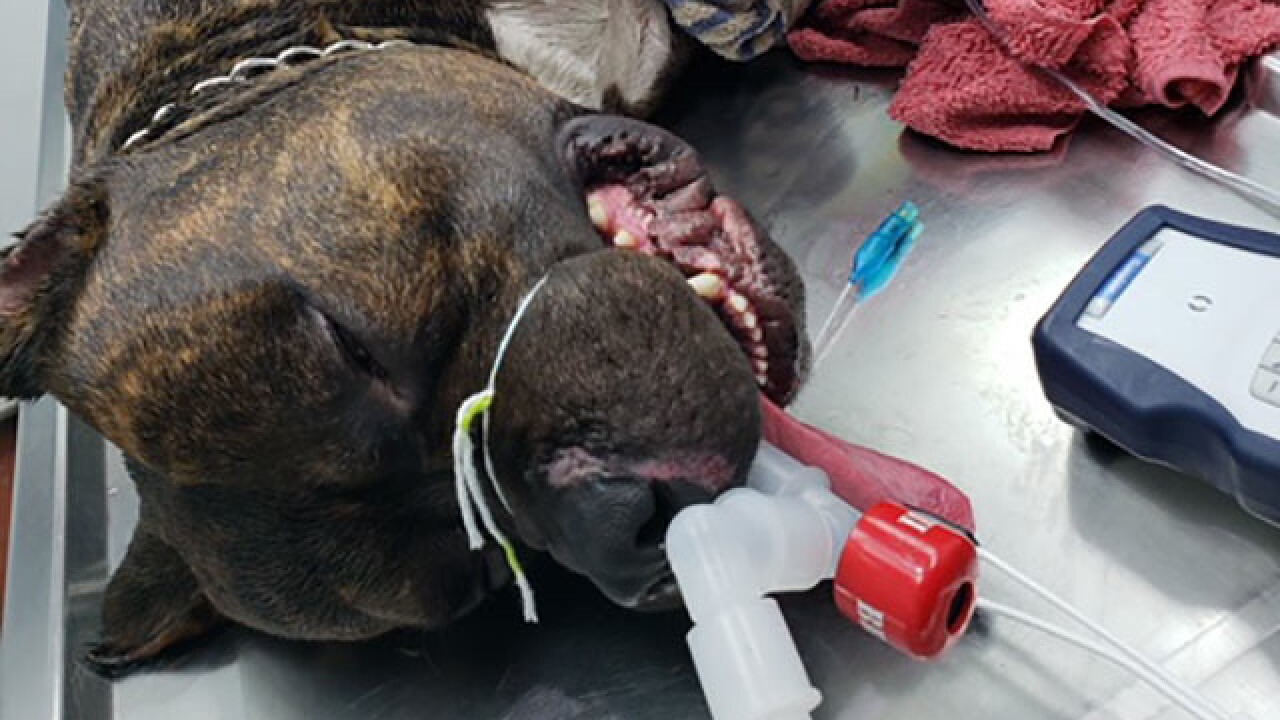 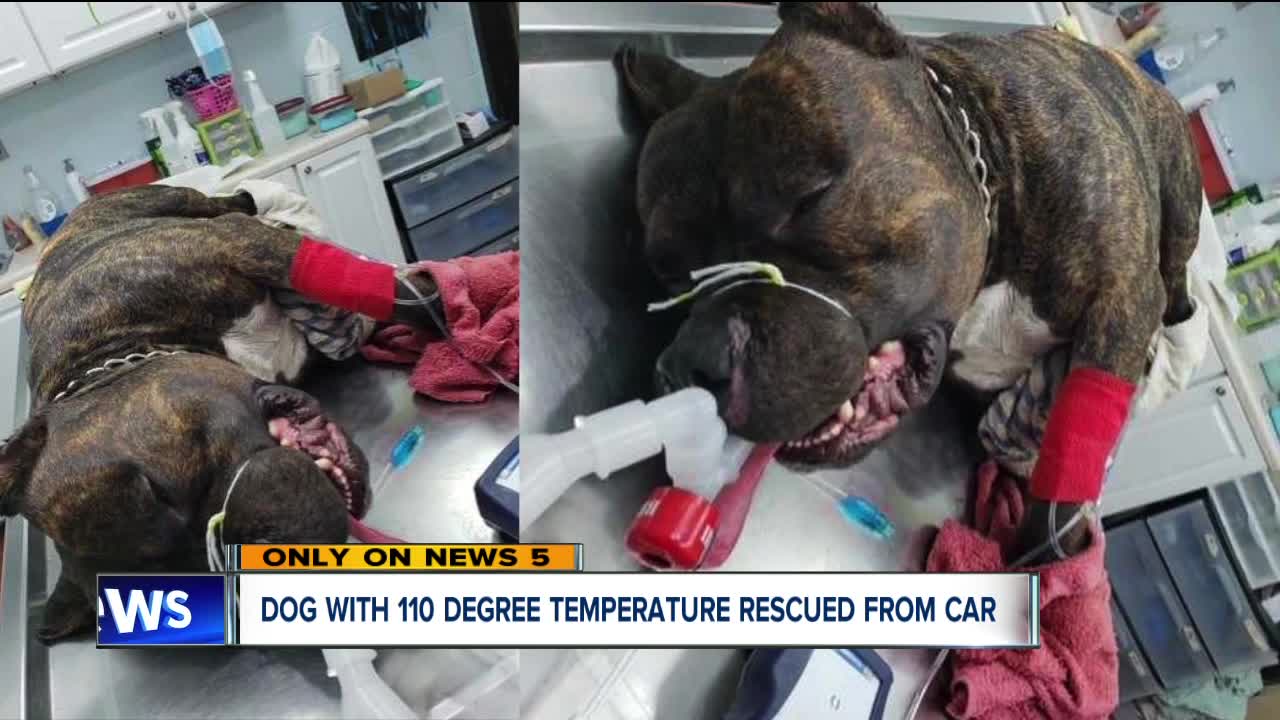 A 2-year-old dog who suffered an extreme case of heat stroke from being left inside of a hot car is making remarkable progress, according to the Stark County Dog Warden Jon Barber.

The dog named "Taker" is an American Staffordshire whose body core temperature registered at 110 degrees after he was pulled from a vehicle parked in a lot at Aultman Hospital on August 27.

"After 106 [degrees] they are in a heat stroke. This dog's temperature was 110, so clearly it was in immediate distress and certainly was near death," Barber said.

According to Barber, a visitor to the hospital noticed the dog alone in the car, which was in visitor's lot three, and notified hospital security.

The outside temperature was 87 degrees. Barber estimated the temperature inside the car was between 120 and 130 degrees.

A window was only cracked and a door was unlocked. Security personnel pulled the unconscious dog out of the vehicle and a Canton police officer rushed him to the dog warden's office.

Barber said the dog remained unconscious for about 36 hours, but remarkably, he started coming around as a veterinarian continued to provide fluids and cold compresses.

Surveillance footage from Aultman shows the dog was inside the car for about 1.5 hours, according to investigators.

"You put a dog inside that type of heat for that period, it's going to go downhill relatively quickly."

The dog's owner, Lateia Williams, has been charged with animal cruelty, a felony of the fifth degree. When contacted by News 5 on Labor Day, she declined to comment.

Barber said this particular breed of dog already has diminished breathing so he will be monitored closely for any other health problems related to heat stroke.

"The heat affects these dogs quicker than it does other dogs with a regular face and a regular nose," he said.

The dog warden said it will ultimately be up to a judge to decide if Williams can get her dog back.

In the meantime, Barber is urging people to be mindful of their pets with more steamy days ahead.

"If you're uncomfortable in this heat, your dog is uncomfortable as well," Barber said. "You need to make sure you take precautions. Don't let them out in the heat for any extended period of time. Absolutely don't leave it in a car."