Group trying to keep Northeast Ohio warm, one scarf at a time 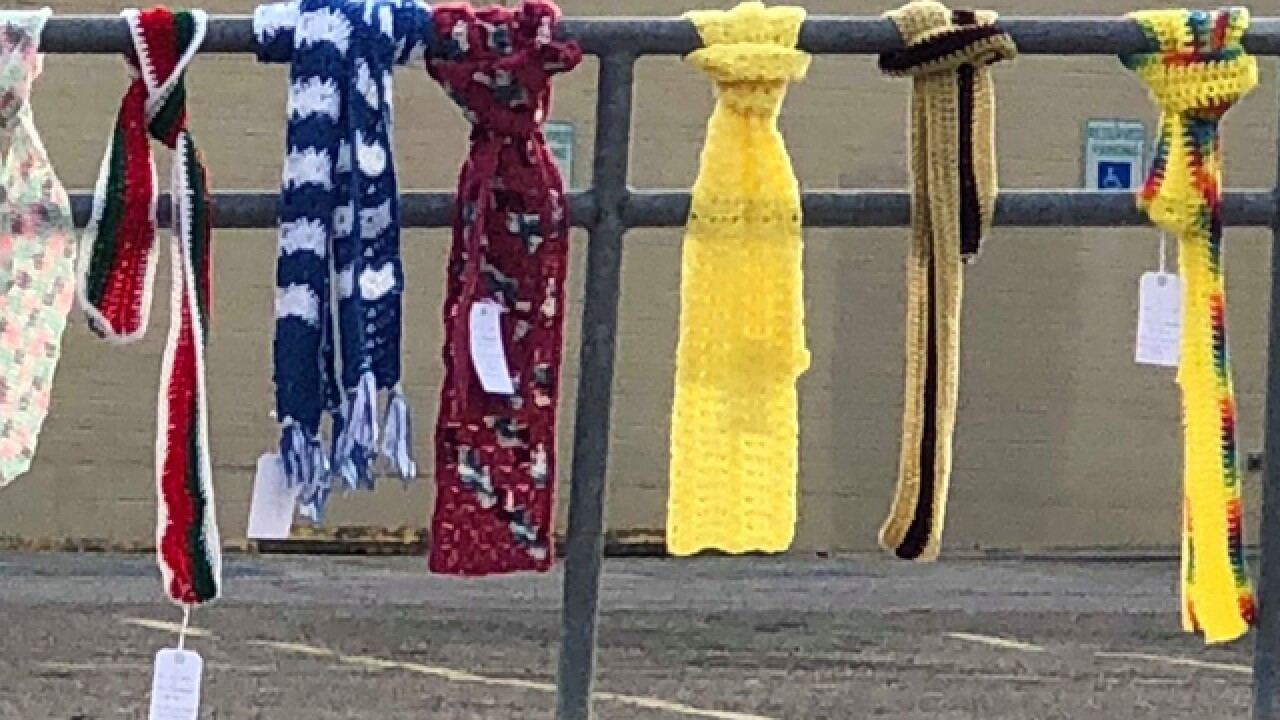 Copyright 2018 Scripps Media, Inc. All rights reserved. This material may not be published, broadcast, rewritten, or redistributed.
<p>The Scarf Project helps other, one scarf at a time. (Source: Paula Fishel.) </p>

A group in Tuscarawas County is helping keep people warm, one scarf at a time.

In 2016, Toni Kaltenbaugh saw a video on Facebook about a group of women putting scarfs up in a park in Oklahoma.

She shared the video and asked if anyone was interested in helping her. At that moment in time, she didn't realize how many people would respond.

The first year the Scarf Project began, Kaltenbaugh and the group of women put up 123 scarfs in a park in Tuscarawas County.

This year, the group put up 850 scarfs in nine locations; eight in Tuscarawas County and one in Stark County.

All of the scarfs have either been crocheted, knitted or purchased. They are all brand new and haven't been worn.

Kaltenbaugh said it's nice to see people smile when they pick up a new scarf.

"We're trying to warm the world one scarf at a time," Kaltenbaugh.

Member Paula Fishel helped the group put up the scarfs in Alliance.

She said the experience of seeing someone take a scarf warms her heart.

"As soon as someone would choose a scarf they would put it on immediately, and later in the day, I would see them again still with the scarf on. I am amazed that something I think may be small means so much to someone else," Fishel said.