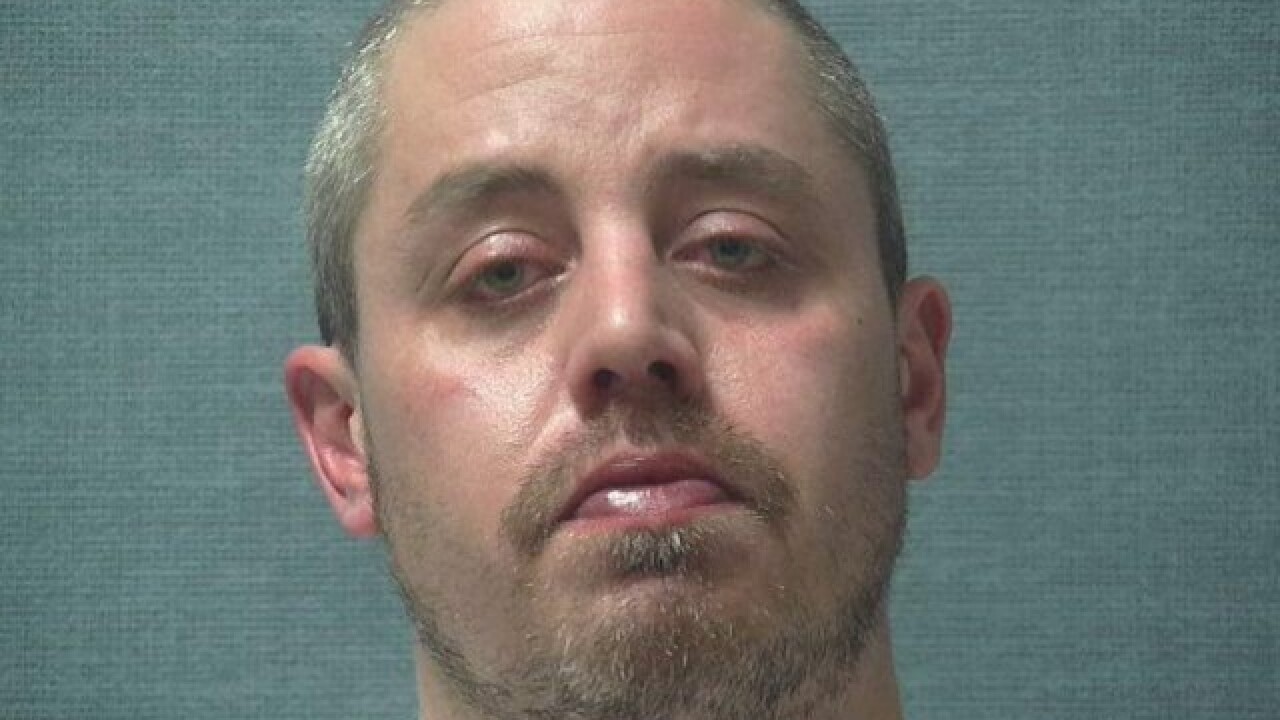 A man who was arrested after holding a woman and her three children at gunpoint in a Perry Township home in Stark County this week has a prior criminal history of stalking and domestic violence.

A former girlfriend told News 5 there were warning signs about 35-year-old Christopher Fahrni for years, but no one listened to her calls for help.

Fahrni was arrested this week after police received a call regarding a welfare check at a home on Tyner Street NW in Canton just after 10 a.m. Monday. Police were told shots were fired inside the home.

When officers arrived, they found a person with injuries from a gunshot wound, whom they transferred to a local emergency room for treatment.

During the investigation, police learned a woman and her three children were held inside a home against their will at gunpoint for several hours.

Fahrni allegedly shot a man who had come into the home to check on the family and then left the scene after the shooting.

He was arrested hours later.

According to Stark County court records, Fahrni has faced similar charges in the past but has never spent extensive time in jail.

In 2009, he was charged with menacing by stalking, assault and aggravated trespass. He pleaded no contest to the menacing charge and was sentenced to 30 days in jail, but the sentence was suspended. As part of his probation, he could not be charged on any related offenses for five years.

Fahrni also pleaded no contest to the assault and aggravated trespass charges. He was sentenced to a total of 360 days in jail for those offenses, but that sentence was also suspended. He was also ordered to perform community service.

In March 2011, Fahrni was charged with domestic violence. He pleaded no contest and was sentenced to 30 days in jail, but that sentence, again, was suspended.

History of calls for help

Fahrni's ex-girlfriend Tiffany Chellino, who was not the woman he held at gunpoint Monday, has been worried about him for years.

"No one wanted to listen to me," she said.

Chellino had a no-contact order she said was issued by a judge.

"He had stalking charges with me because of us splitting up, he couldn't let go," she said. "The court did nothing at that point."

Chellino says she warned the courts and Children and Family Services.

"They interviewed us. They went to his house," she said. "They told him you don't need to have the gun and the clip together and that was it."

She says she tried to get Fahrni the help he needed for years, she even asked for his guns to be taken away, calling the weapons a threat to himself, their daughter and others.

"I didn't think he was able to have a weapon because of his prior charges, and everybody assured me, he's fine, he's fine," she said.

She said if he'd served his original sentences, ultimately suspended, everything may have turned out differently. "I told them something is going to end up happening."

Chellino told News 5 she feels several calls for help were ignored, "I mean he just snapped."

But, as News 5 has previously reported after a yearlong investigation, Ohio has no state law preventing those convicted of domestic violence misdemeanors from purchasing or possessing firearms. And there's no law that allows law enforcement to go into an abuser's home and confiscate them.

'Til death: Ohio women at Risk

News 5 brought the information about Fahrni's history to Alexandria Ruden, who has more than 30 years of experience with domestic violence cases.

"We have some gaps in our state law on both weapons surrender, weapons return and firearm prohibition," she said.

There are bills being considered right now that target some of the problems cases like this present, like Marsy's Law.

As for the courts and the judge that have dealt with Fahrni in the past, they won't talk to News 5 now or answer any questions because of the ongoing current case.