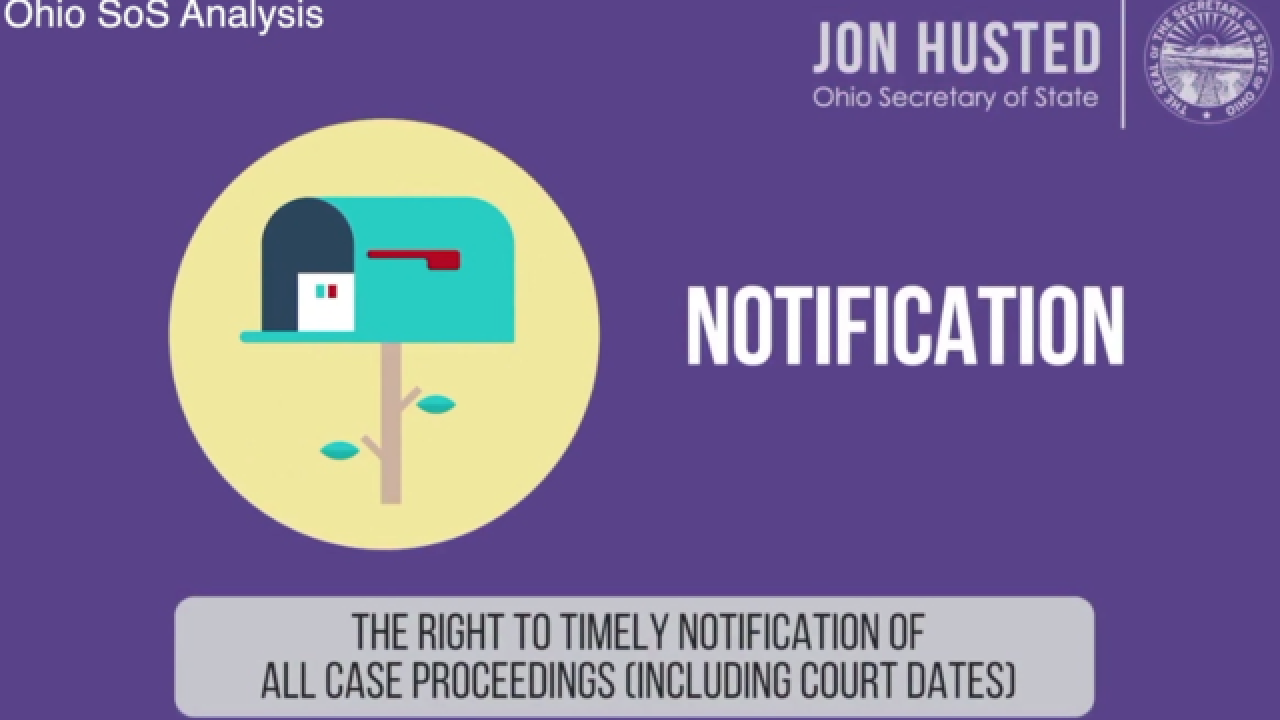 Ohioans have voted to expand crime victims' rights to more closely match those of the accused.

Approval of Issue 1 Tuesday places the new guarantees into the state constitution. They include notice of court proceedings, input on plea deals and the ability for victims and their families to tell their story.

Dubbed Marsy's Law for Ohio, the measure was championed by California billionaire Henry Nicholas, whose sister was stalked and killed by her ex-boyfriend.

The campaign had spent $16.5 million as of mid-October on its effort, which included an ad featuring "Frazier" actor Kelsey Grammer.

The effort faced no organized opposition. However, the state public defender, the state prosecuting attorneys' association and the ACLU all raised concerns over unintended consequences and urged Ohioans to vote "no."