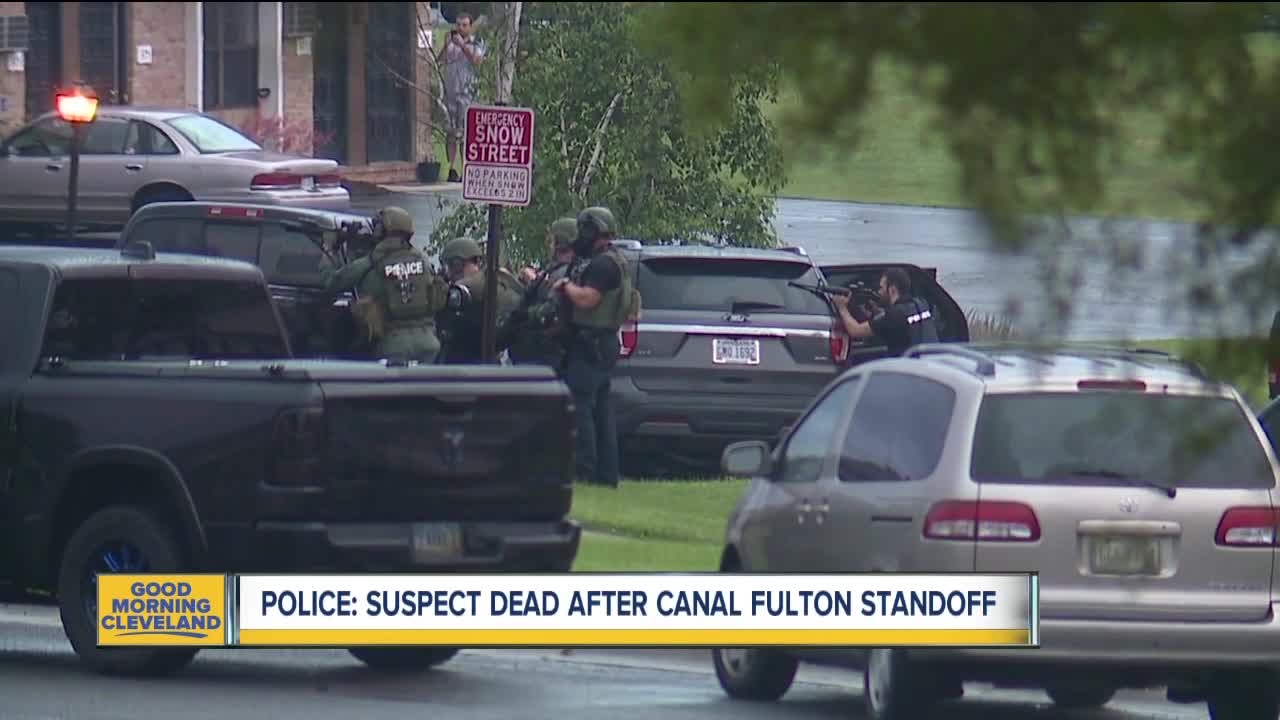 An officer with the Canal Fulton Police Department was shot during a standoff Saturday evening, and the man involved in that standoff is dead. 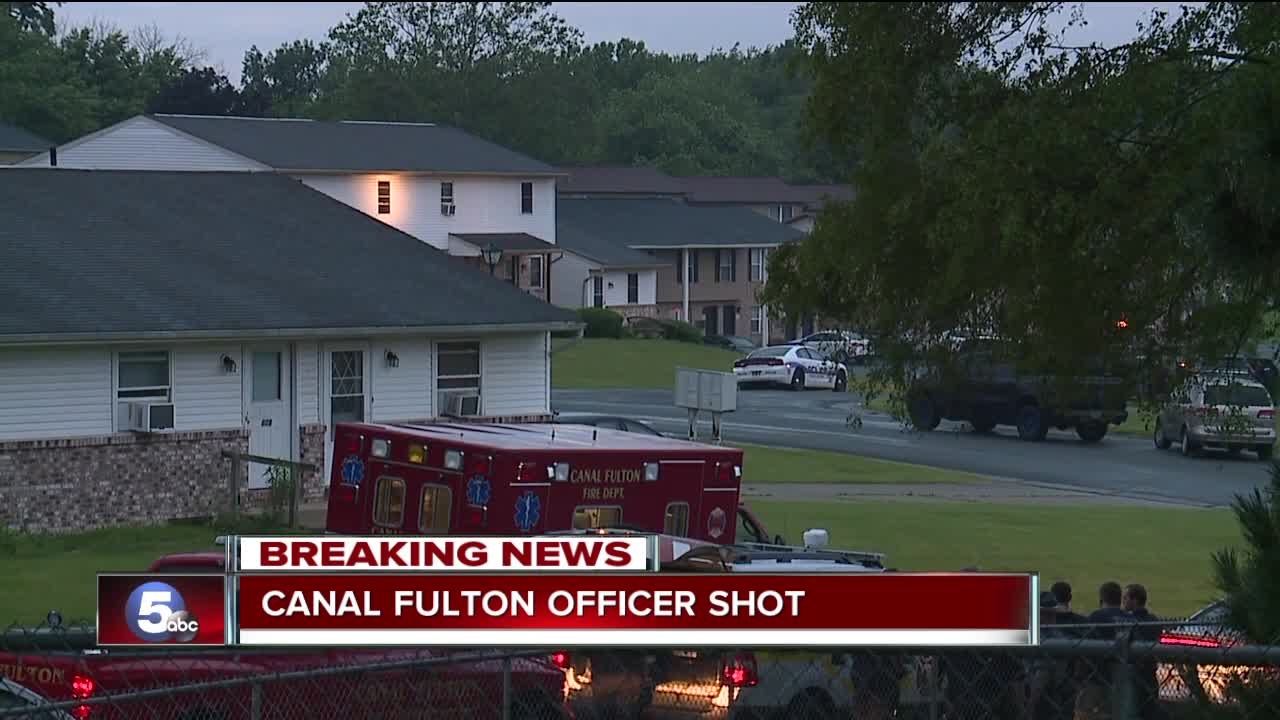 CANAL FULTON, Ohio — An officer with the Canal Fulton Police Department was shot during a standoff Saturday evening, and the man involved in that standoff is dead.

Canal Fulton police were called to a home in the 300 block of Waterside Avenue at 6:14 p.m. for a welfare check.

Officers were informed that Gabriel Mayberry, 39, was making threats to himself and others, according to the Canal Fulton Police Department.

It was then discovered that Mayberry had an active warrant for his arrest for failure to appear for an OVI charge, police said.

Once on scene, officers were able to talk with Mayberry through a window. The officers requested Mayberry come outside, but he refused to comply, according to police.

While officers were attempting to make further contact with Mayberry, a single shot was fired from the house, police said.

A projectile from the gunshot struck Sgt. Josh Barabasch in the foot. Stark County Regional SWAT CO-OP arrived on the scene following the gunshot.

After multiple failed attempts to contact Mayberry, a SWAT unit entered the home. At 8:46 p.m., SWAT officers found Mayberry with a self-inflicted gunshot wound, according to police.

Mayberry was pronounced dead at the scene, police said.

Sgt. Barabasch was transported to Aultman Hospital where he was treated and released. He is expected to make a full recovery, police said.

Police expressed their condolences with the family and friends of Mayberry and shared numbers for those dealing with suicidal thoughts.