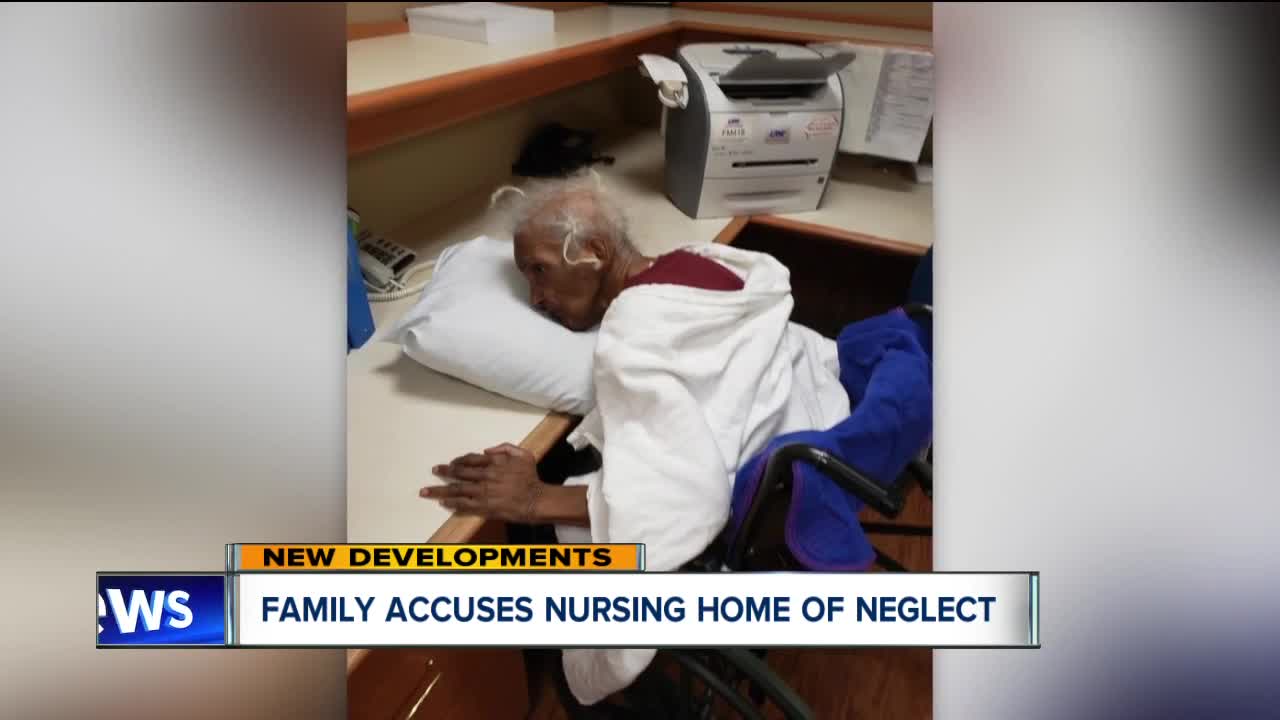 A Canton family filed a complaint with a nursing home after finding their loved one face-down in a pillow, allegedly alone and neglected at Altercare Nobles Pond. 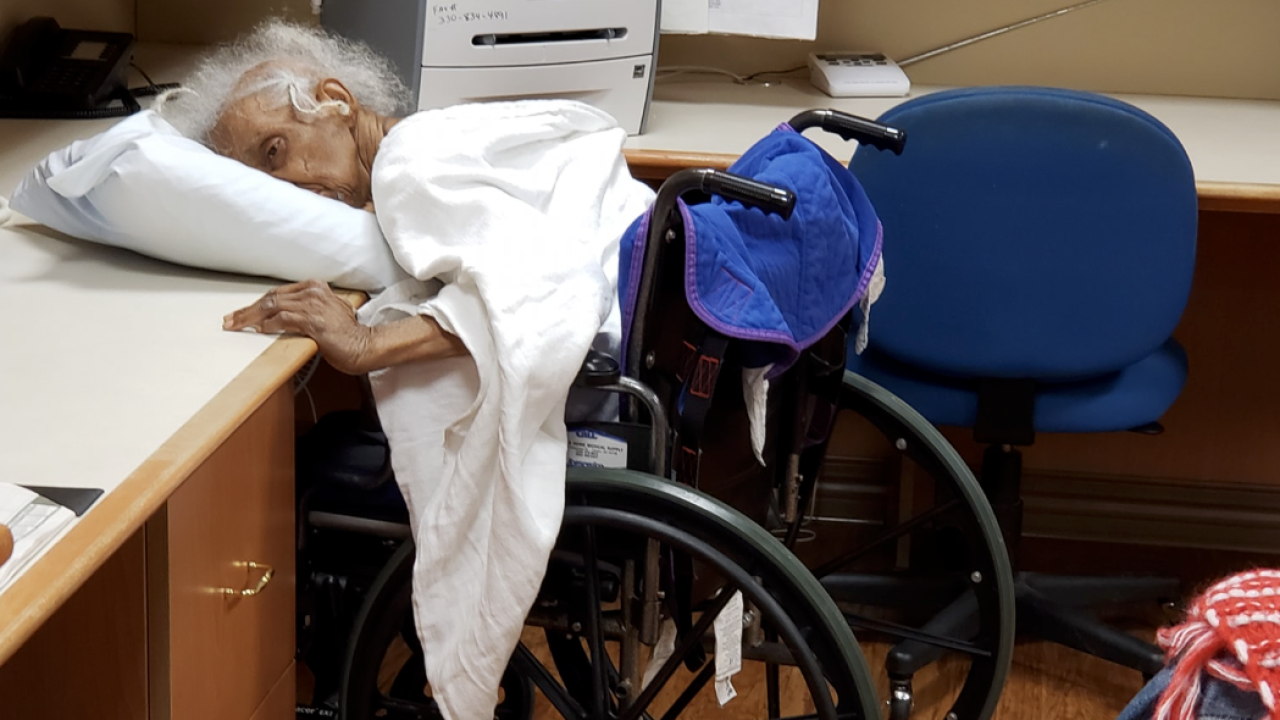 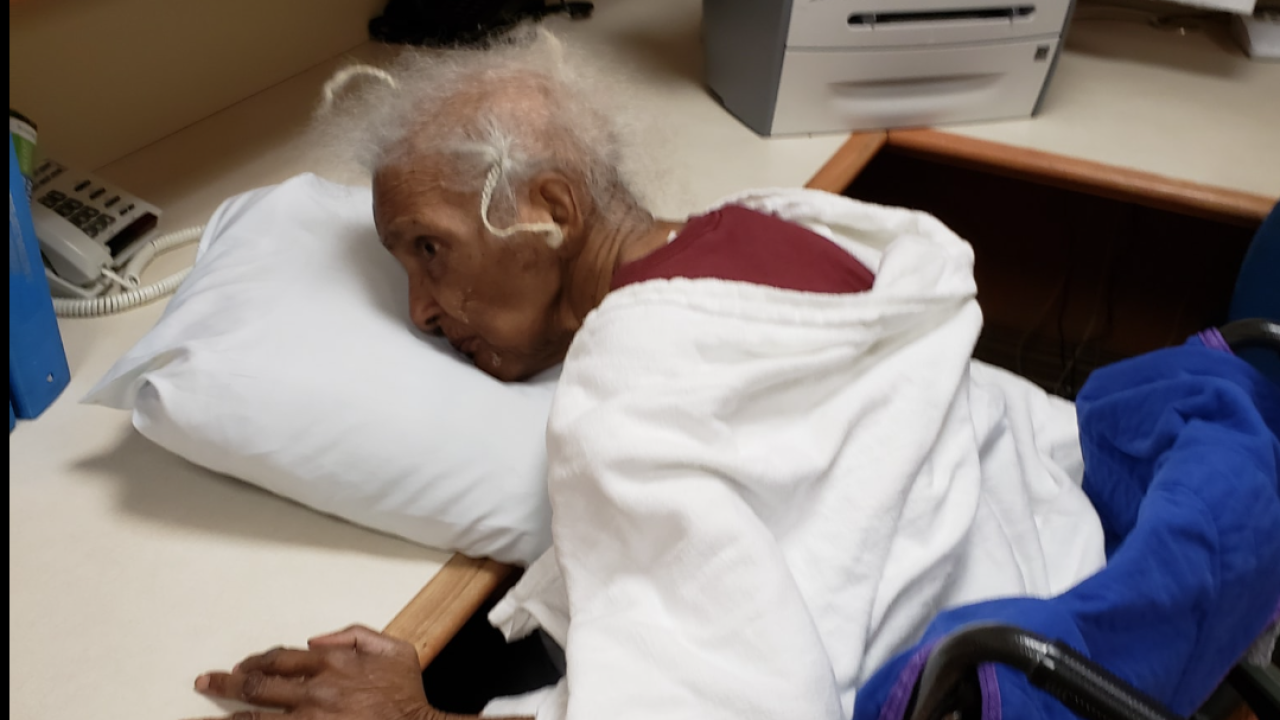 CANTON, Ohio — A Canton family filed a complaint with a nursing home after finding their loved one face-down in a pillow, allegedly alone and neglected at Altercare Nobles Pond.

Esther Brown, 80, was found gasping for breath, according to her son James Brown. A photo was posted on Facebook and has been shared more than 20,000 times.

The family's pastor, Julia Wiggins, took the photo. She and Brown's son found the woman in the corner of a nurses station and the two immediately started calling for help.

"We couldn't tell that it was a human. I thought it was a cat that they had brought in," Wiggins said. "The length of time that we spent banging, screaming and looking for assistance, she never came."

The woman was in the nursing home for rehabilitation, learning how to walk again after a stay in the hospital. The photo was taken only days after her stay at the hospital.

The family filed a complaint with the nursing home.

News 5 reached out to the Altercare Nobles Pond and received this statement:

The family has decided to keep her in the home through the duration they've paid for. Until then, it's constant love and high hopes for her last week.